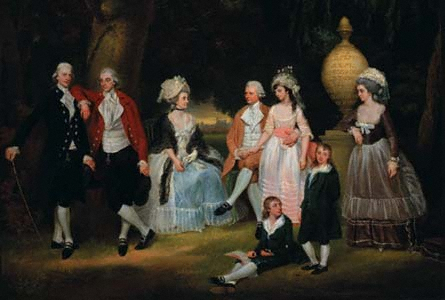 Fourdrinier, Henry (1766–1854), paper manufacturer, was born on 11 February 1766 in Lombard Street, London, one of several children of Henry Fourdrinier, a wholesale stationer of Huguenot descent, and his wife, Jemima (d. 1781). Paul Fourdrinier, Henry's grandfather, had gone to London in 1719 and set up as a stationer and engraver, which led to the establishment of the firm of Bloxham and Fourdrinier, paper makers and stationers, in 1759. With the exception of the younger Henry, the Fourdriniers were freemen of the Drapers' Company. Henry's marriage with Mary, whose parentage is unknown, produced a son, George Henry (b. 1797), and at least two daughters.

Henry and his brother, Sealy Fourdrinier (1773–1847), and William Bloxham were engaged in the stationery business, situated in Sherbourne Lane in the City of London, when, in 1801, they were introduced to John Gamble who had gone to London to secure an English patent on a machine for making paper in continuous rolls, devised by Nicolas Robert and patented in France in 1799. Gamble showed them samples of the paper and they bought a one-third share in his patent rights. The original machine was imported and erected at the Dartford works of John Hall, the Fourdriniers' millwright. There, a third Fourdrinier brother, Charles, worked alongside Gamble, Leger Didot, who had been involved with Robert in its creation, and Bryan Donkin (one of Hall's former apprentices), to develop it. In 1803 they installed it in a mill at Frogmore, Hertfordshire, acquired for the purpose. Gamble remained technically and financially associated with the Fourdriniers until 1811.

Hall had no real interest in the machine and allowed Donkin to take over the project. In June 1803, at Fort Place, Bermondsey, close to Donkin's own works, the Fourdrinier brothers erected and fitted out a factory, which they rented, and from 1811, leased, to Donkin who manufactured and sold the machines. The intention was that users would pay the Fourdriniers an annual royalty, according to the size of machine supplied.

The stationery business had been yielding profits of £14,000 a year, and Henry drew on this income for the cost of buildings and development. Absorbed with the new machine, he neglected the stationery business; profits fell disastrously, and by 1809 it had lost £5635. In all, Henry expended around £60,000 in the first few years of development of the paper-making machine and the enterprise was declared bankrupt in November 1810. During these years the firm changed its identity several times. The original firm of Bloxham and Fourdrinier became Henry and Sealy Fourdrinier when Bloxham withdrew, then, early in 1809, Fourdriniers, Towgoods, and Fourdrinier, in the persons of Henry and Sealy, Matthew Towgood, senior and junior, and Charles Fourdrinier. Matthew Towgood was Henry's banker. In October 1809 it became Towgood, Fourdrinier, and Hunt (Matthew Towgood junior, Charles Fourdrinier, and Joseph Brooks Hunt), at which point Towgood moved to Sherbourne Lane and took over the Fourdriniers' stationery business.

Sales of the new machine were slow; craftsmen were opposed to the introduction of machinery and the mill owners lacked enterprise. During the first ten years only nineteen machines were made, and twenty-five during the next ten years. Few mill owners paid their patent dues and even this small revenue dried up between 1810 and 1816 because owners took advantage of the Fourdriniers' financial problems. Twelve suits were filed in chancery, which cost another £5000, though most were successful. During his visit to England in 1814, Tsar Alexander I of Russia became interested in the machines and an agreement was made that the Fourdriniers should receive £700 annually for the use of two machines for ten years. The machines were erected at Peterhof on the Gulf of Finland under the superintendence of Henry's son, George Henry Fourdrinier, but the fee was not paid, until Henry, at the age of seventy-two, made the journey to St Petersburg in company with one of his daughters and placed his petition personally in the hands of Tsar Nicholas I.

In 1837 a parliamentary select committee sat to decide to what extent the country had benefited from the Fourdriniers' faith in the eventual success of their machine. It transpired that by this time many branches of trade were prepared to testify to their individual profit. A supply of continuous paper enabled newspaper proprietors to develop rotary printing presses and sell vastly more newspapers, pottery manufacturers now had good-quality tissue paper, which was used in printing on pottery, and all trades now employed rolls of paper for wrapping, replacing the calico previously used for this purpose. Of more concern to government was the enormous rise in revenue from duty on paper arising from this increased consumption, while a secondary consideration was the fact that machine minding was less skilled than paper making by hand, which was an advantage in an industry beset with labour disputes. The report was presented to parliament with a recommendation that the Fourdriniers should receive £20,000, but over succeeding years arguments in both houses forced this down to a meagre £7000, which was agreed in 1840. Sealy Fourdrinier received a share of this award. He had married Harriot Pownall in 1800; their son James Sealy practised as an architect at Tottenham. Sealy was described as solicitor's clerk on the certificate issued at his death on 27 October 1847 at 16 Providence Street, Walworth Common.

Some years later a committee was formed to raise money by subscription to purchase an annuity on the lives of Henry Fourdrinier and his two unmarried daughters. A mere £700 was raised within the trade, but by then only Henry's daughters survived. Henry Fourdrinier spent his last years at the Old Rectory, Mavesyn Ridware, Rugeley, Staffordshire. It was a modest house but he was well regarded locally. He died there on 3 September 1854.

Henry lived to see a flourishing machine-made paper trade enabling the proliferation of cheap newspapers and books in Britain and Europe. Yet he got no reward for his persistence and died in poverty. At the time of his death, his son held Ivy House Mill at Hanley, Staffordshire, which was taken over by Brittains, makers of fine tissue paper for the pottery industry, in 1855. Thus ended the Fourdrinier family's connection with the paper trade, though the name continued for many years as Fourdrinier, Hunt & Co., stationers.