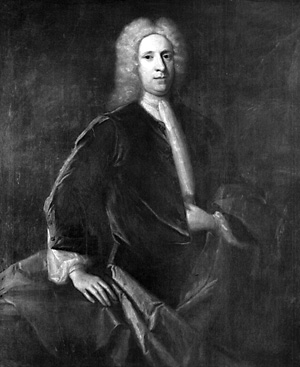 Aislabie, William (1699/1700–1781), landscape designer and landowner, was probably born at Studley Royal in the West Riding of Yorkshire, the son of John Aislabie (1670–1742), politician, and his first wife, Anne (d. 1700), daughter of Sir William Rawlinson of Hendon, Middlesex. Details of his education are unknown, beyond that he went on a grand tour in 1720. In 1721 he was returned as an MP for Ripon in the by-election following his father's expulsion from the Commons after the elder Aislabie was voted guilty of corruption in promoting the South Sea Bubble, and he represented the borough until his death. On 21 May 1724 he married Lady Elizabeth Cecil (bap. 1706, d. 1733), daughter of John Cecil, sixth earl of Exeter; they had two sons and five daughters.

John Aislabie had initiated work on the water gardens at Studley Royal about 1716, and after his disgrace in 1721 retired to Yorkshire and for the rest of his life concentrated on his gardens. William Aislabie's own landscape gardening began at the estate of Kirkby Fleetham, which he had purchased in 1724. By the 1740s the main feature had been developed, a curving woodland terrace a mile and a half long with a prospect in the manner of the terrace walks at Duncombe Park and Rievaulx. There was a temple in the centre of this terrace from which the best view was obtained and, further along the terrace, another summer pavilion on each side. Two pavilions stood north of the house, so the grounds were well ornamented. Considerable planting took place, and Kirkby seems to have been an essay in an adventurous, free style, which Aislabie brought to the formal gardens planned by his father when he inherited in 1741.

Aislabie had consistently voted against Walpole's government in the Commons during his father's lifetime, even after succeeding to the sinecure office of auditor of the imprest in 1738, though it may have been his tenure of that office that caused him to be absent from the vote on the Place Bill in 1740. Soon after his father's death Aislabie sent his father's memorandum on the South Sea Bubble to George II, apparently in an attempt to convince the king that John Aislabie had not defrauded George I of over £40,000 as was believed, but this seems to have been unsuccessful as despite wavering Aislabie remained in opposition. On 6 September 1745 he married as his second wife Elizabeth Vernon (c.1722–1780), daughter of Sir Charles Vernon of Farnham, Surrey, and niece of his stepmother, Judith; they had one son and one daughter. He also had three illegitimate children with Catherine Knightley, probably in the period between his two marriages. In 1749 he became registrar of the consistory court at York, a post he held until his death.

Some of Aislabie's work at Studley embellished or added meaning to his father's formal design. Thus a funerary pyramid to commemorate his father was erected on the summit of the mile-long lime avenue in 1743, while the pondside Temple of Hercules was rededicated to (filial) piety and redecorated by 1748. Later Aislabie had a miniature Quebec constructed close to the ponds to celebrate Wolfe's victory in 1759. On the amphitheatre hill above the ponds Aislabie, in the year of his death, built the Temple of Fame from parts of his father's dilapidated Temple of Venus.

More significant was Aislabie's exploitation of the Mackershaw valley to the north of the water gardens, an area purchased by his father in 1731. On the steep sides of the valley was a ‘Roman monument’, based on that dedicated to the Horatii and the Curiatii, known alternatively as the Devil's Chimney. The scene was cultivated in the 1740s as an early example of a ‘picturesque’ landscape, with rocky crags and woods on top, a complete contrast to the geometry of the Moon Ponds. A Chinese garden was developed, made from bare rock surmounted by a Chinese temple. This exercise in a wilder, freer way of gardening can be seen as a forerunner of what Aislabie was to achieve as his masterpiece.

Aislabie's magnum opus was Hackfall, seven miles north of Studley Royal. Used as a summer retreat by the Aislabies, Hackfall seems to have been developed seriously from about 1750. It had, however, been purchased by John Aislabie in 1731 for agriculture and later quarrying. One of the greatest picturesque landscapes evolved, often called sublime for its wild and mountainous effects. A great half-bowl swept down to the River Ure, chattering at its foot. Water was omnipresent: where one could not see it, it could still be heard. Apart from a formal plain with a pool and fountain Hackfall was thickly wooded, with dramatic gorges, steep paths, dells, and cascades. Three grottoes, a rustic temple of massive blocks, and Fisher's Hall, an alum-encrusted pavilion named after Aislabie's head gardener, William Fisher, all sat within the bowl. Nature was given a helping hand—the Forty-Foot Fall and other cascades were enhanced by adding shelves of rock. On the rim of the bowl were further buildings contrasting with those below. Mowbray Point appeared to be a triple-arch classical ruin from within the bowl, but viewed from the fields behind it had a Gothic form. The kitchen nearby was also Gothic. Further round was a substantial mock ruin, Mowbray Castle, the name again evoking local medieval associations. The views from the rim revealed a panorama of hills, woods, and rocks. Overall the impression was that of a wild, romantic scene, where nature apparently ruled, though the effects of perilous narrow ascents and spectacular waterfalls were managed and heightened by art. Though the vegetation grew considerably after Aislabie's time, Hackfall remained an epitome of the picturesque until the 1930s, when decline set in; restoration was undertaken about 2000.

Aislabie had been a subscriber to Samuel and Nathaniel Buck's series of views of antiquities, published between 1726 and 1742, perhaps influencing his interest in the ruined Cistercian abbey on the neighbouring Fountains estate. Aislabie and his father had long sought the acquisition of Fountains from the Messenger family. The abbey had probably become part of Aislabie's garden scheme before he was able to purchase the estate, a transaction achieved in December 1767 for £18,000. Aislabie removed the monastic field walls and took land along the river out of agricultural use, canalizing the River Skell, building a new carriage drive on its north side, and grassing or wooding the south bank. The Messenger family, who were Roman Catholics, had locked visitors out of the ruined abbey but had not attended to the decaying fabric. Aislabie had parts of the structure repaired and rubble remaining from earlier demolition levelled. Decorations, ornaments, and tiles were retrieved from the rubble and added to the retained fabric or stored. Interior floors, such as the church, cloister, refectory, and cellarium, were turfed in the spirit of making the abbey ruins conform to Aislabie's taste, and likewise some parts of the complex were demolished, including what was left of the medieval cloister arcade and the lay brothers' cloister. There is some evidence that Aislabie had the medieval floors protected under the turf rather than removing them as was once thought. In contrast to the prevailing taste for overgrown ruins, the walls were cleaned and the lawns laid around the abbey maintained.

Like the gardens at Studley Royal the abbey at Fountains and its grounds were opened to the public, although access was carefully regulated through the system of gates begun by the Messengers. Aislabie's actions at Fountains were criticized as unnatural by William Gilpin, who thought the introduction of new human activity into abandoned buildings whose purpose was obsolete offensive; but Aislabie's actions in securing the ruins, regulating access, recording and preserving items of archaeological interest found on the site, and providing an environment intended to minimize further damage to the abbey have been interpreted as anticipating twentieth- and twenty-first century principles of visitor management.

Aislabie remained a presence in the House of Commons: in 1750 the earl of Egmont told Frederick, prince of Wales, that he had 'allways understood that any Administration might have him for a peerage' (Newman, Leicester House politics, 134), the prince replying that he hoped Aislabie might be won to their party with the offer of an army post for his younger son. After 1754 he generally supported the duke of Newcastle's administration. He spoke against Henry Fox's conduct as paymaster-general in 1763, citing Fox's failure to pass his accounts to Aislabie (as auditor of the imprest) on time. He voted against the use of general warrants in 1764, and for the repeal of the Stamp Act in 1765. Afterwards he almost always supported the government, but is last recorded voting in the house on 26 April 1773. From 1768 he was father of the house, the longest-serving member of the Commons.

From about 1773 Aislabie held Hendon Place, Middlesex, on a long lease. He laid out £10,000 on the house and grounds, but no details of his garden work are known. He died on 17 May 1781 at his town house in Grosvenor Square, London. He had outlived his three sons, and his estates passed to his daughter. Aislabie's descendants sold the Studley Royal estate to West Riding county council in 1966; its successor, North Yorkshire county council, transferred it to the National Trust in 1983. The gardens created by Aislabie and his father, much restored since 1966, and declared a world heritage site in 1987, formed in the early twenty-first century the National Trust's most visited pay-for-entry property.