The monarchy and charity 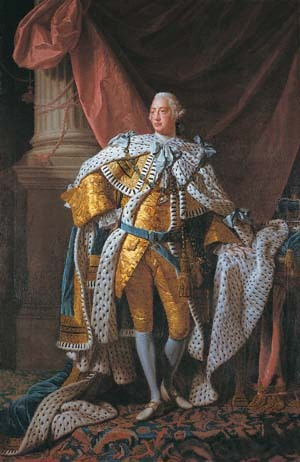 'The munificence and liberality of princes … forms the chief lustre that irradiates their Crown, and transmits their names with honour to posterity.' So wrote Anthony Highmore, an early nineteenth-century commentator on charity. But Highmore's positive association of monarchy with charity was not one widely shared by contemporary members of the royal family, despite their extensive philanthropic contacts built up over the centuries. For their part, George III and George IV were well aware that good works made a favourable impression on the public, but they did not dwell on the benefits that accrued to the monarchy from charitable attachments. Nor did their circle of aristocratic allies and advisers, whose thoughts centred on the whirl of society, high politics, and foreign affairs. Not until the early twentieth century did such connections come to be made by palace officials. As Lord Esher [see Brett, Reginald Baliol], the influential royal adviser to Edward VII and George V, commented, 'the attitude of faith towards the beneficent influence of the sovereign power was a new thing, unregarded by the statesmen of the house of Hanover'.

By the reign of Edward VII, as Esher noted, the monarchy had exchanged 'authority' for 'influence'. Having lost most of its political power before the accession of Queen Victoria, royalty took greater care to foster its philanthropic associations with the ascendant middle classes. The crown's capacity to influence parliamentary politics through political patronage was negligible after the Reform Bill of 1832, but its long-standing charitable patronages were money in the bank. It had lost in the high-political struggle, but it had everything to gain in social esteem and influence through further investment in the nation's charitable and civic institutions. Small wonder that Prince Albert, wisely attuned to the post-1832 political settlement, assumed that a first purpose of royalty was the 'headship of philanthropy, a guidance and encouragement of the manifold efforts which our age is making towards a higher and purer life'. Perhaps more than any other member of the royal family, the prince consort recognized that to survive, the monarchy needed to become more sensitive to respectable opinion and responsive to social issues. 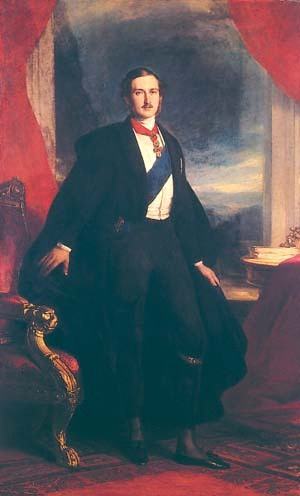 Board of Trustees of the National Museums and Galleries on Merseyside (Lady Lever Art Gallery, Port Sunlight)

As Albert was aware, the loss of political power purified the monarchy for charitable purposes, and a purified monarchy was just the ticket given the social expectations of a burgeoning democracy. Running through the Oxford Dictionary of National Biography we can detect the growth of a role for the royal family as patrons, promoters, and fund-raisers for deserving causes and the underprivileged. A look at the number of royal patronages is telling. George III had 9 patronages at the end of his reign; Queen Victoria over 150; Edward VII over 250; George V over 500; today, Elizabeth II has over 800. But these statistics barely scratch the surface of the royal family's charitable activity. In the 1990s, the royal family had well over 3000 institutional patronages, among them a majority of Britain's leading fund-raising societies, and carried out about 4000 official engagements each year, most of them with a charitable dimension.

In the reign of Victoria, the communion of interest between respectable society and the monarchy became increasingly evident. In an age when the word ‘duty’ resounded like a drumbeat, they discovered that they had a duty to one another. The pains taken by the royal family to widen its appeal complemented those domestic values that respectable society admired. Social service also complemented the monarchy's wider purpose of unifying the nation. It may seem incongruous, but the British crown, once identified with militarism and corruption, was gradually transformed into an institution in tune with the great whig historical tradition, at once moral, protestant, and progressive. By the mid-nineteenth century, the middle classes had steered the monarchy in directions consistent with their interests.

As Queen Victoria insisted, the great object of royal princes was 'their steady development in everything that is great, virtuous, and useful, and that will render them good sons, brothers, husbands, citizens, and benefactors of mankind'. The remark was an illustration of just how far aristocratic values had metamorphosed into a utilitarian philosophy of goodness in royal circles. By the late nineteenth century, royal descent had become not only 'a title to enjoyment' but also 'a summons to duty'. Whatever their inclinations, the children of Queen Victoria and Prince Albert had little choice but to take up some cause or another, for public expectations or royal benevolence were so great that a refusal to fulfil a philanthropic role was simply inconceivable. They were born with silver spoons in their mouths, but also arrived with silver trowels in their hands, the better to lay all those foundation stones. 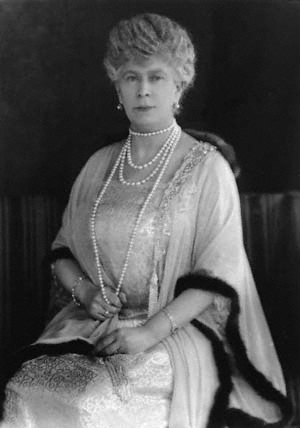 Along with the nine children of Queen Victoria, the lives of Queen Adelaide, Mary Adelaide, duchess of Teck, Queen Mary, Marina, duchess of Kent, Queen Elizabeth, the queen mother, Princess Margaret, and Diana, princess of Wales, are instructive. As with other members of the royal family, they assumed the leadership of the philanthropic movement by endorsing its values. They took it for granted that support for charity would invigorate civic life, promote social harmony, and increase deference to the crown. Charity largely defined Queen Alexandra's life, whose benevolence bordered on recklessness. She once pulled £2000 from under her sofa cushion and gave it to the chairman of the London Hospital. Her organizational skills did not match her sympathies, but as her Oxford DNB entry notes: 'Alexandra must be given much credit for her part in developing one of the most important roles of the modern monarchy, the patronage and encouragement of charitable institutions and societies.' It is worth comparing such beneficent labours with the lifestyle of the American Wallis Simpson [see Windsor, (Bessie) Wallis], the duchess of Windsor, who, as Philip Ziegler writes, preferred shopping to hospital visiting. But then the duchess, not being royal, did not see social service as an inescapable vocation.

Feminization of the monarchy

As the above-mentioned names suggest, the emergence of the ‘welfare monarchy’ was greatly enhanced by the female members of the royal family. Indeed, what has taken place over the past 200 years has been a feminization of the monarchy. It is worth recalling that queens have reigned in Britain for 116 of the last 168 years. And when women have not been on the throne, they have been a formidable power behind it. Queen Mary stiffened George V's resolve during and after the First World War. Like her mother, the duchess of Teck, she was a charitable bulldozer, clearing the path for thousand of volunteers. In touch with most of the national campaigns for wartime relief, she became a one-woman co-ordinating body for charitable administration. In 1921 Sir George Newman, the chief medical officer at the Ministry of Health, said that the queen's philanthropic work was 'invaluable' and her social influence 'sound and statesmanlike'. And he noted, in passing, that her beneficent labours were 'enormously strengthening the influence of the Crown with the people'.

Queen Elizabeth, the queen mother, took her cue from Queen Mary. She had carved out a charitable niche for herself as duchess of York, and as queen consort she proved to be one of the best patronage players the royal family ever produced. Without constitutional duties, she, like Queen Mary before her, recognized that social service constituted her primary work for the monarchy. Her much-publicized devotion to public duty during the Second World War served the monarchy well, and charmed many a proto-republican in the Labour Party. 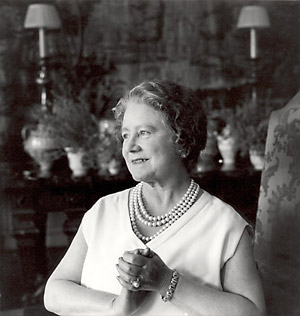 'With the stamina of a show business trouper' (S. Bradford, George VI, 2002, 434–5), the queen performed brilliantly at the bombsites and feeding centres, in the shelters and the factories. Harold Nicolson, who could be supercilious about royalty, once remarked that she had an 'astonishing gift for being sincerely interested in dull people and occasions' (H. G. Nicolson, Diaries and Letters, 1945–1962, ed. N. Nicolson, 1968, 327). At her death, she had over 300 patronages. The monarchy has been hard pressed to find other members of the royal family to take on board her charitable duties.

As the charitable administration of the queen mother illustrates, no one should assume that Diana, princess of Wales, was unique among royal women in her dedication to philanthropy and social reform. Nor was she unique in highlighting unpopular causes. In the early nineteenth century Queen Charlotte reduced the prejudice against prostitutes through her patronage of a hospital for their reclamation. But Diana's charitable causes, from landmines and leprosy to sick children and HIV/AIDS, served a further purpose, for they rescued her from the image of a woman trapped in a disastrous marriage. As her Oxford DNB biographer notes, through charity:

she claimed the moral high ground as the royal who cared, who empathized, who suffered with the suffering, and who made lives better by the light of her countenance and sympathy … Semi-miraculous healing powers were sometimes attributed to the princess in what has been viewed as a late twentieth-century revival of the ancient practice of ‘touching for the king's evil’.

In common with her sister-in-law the princess royal, Diana internationalized royal charitable work, visiting sufferers in Africa and India and bringing their plight to the attention of Americans and Europeans.

The monarchy has always fortified royal popularity by nurturing the belief that individuals, however humble, have a claim on its services. In civic and charitable association, the royal culture of hierarchical condescension and the mass culture of social aspiration successfully merged. Over the last 200 years the charitable role of the monarchy has become increasingly important. It was not surprising that a Mass-Observation survey in the 1960s discovered that the monarchy's humdrum social work had become as important in its survival as its 'dignified' duties. The decline of socialism since 1989 presents the monarchy with fresh opportunities to expand its charitable reach. In a utilitarian society shedding its collectivist zeal and coming around to pluralism in social policy, the scope for royal charity, and partnership with government, becomes all the greater. This has become increasingly apparent to members of the royal family and their officials, who have particular cause to remember the motto (Ich dien (‘I serve’)) in times of trouble, as after the public collapse of the marriage of the prince and princess of Wales in the 1990s.

The crown's mystery has dissipated over the years, and the monarchy will be judged increasingly on the practical benefits it brings to society. Civic and charitable work now takes up much of the royal calendar. Moreover, royal patronage and fund-raising are worth between £100 and £200 million to the voluntary sector annually, which is three or four times what the royals receive from the state. As a senior adviser to Prince Charles declared in 1997: 'The monarchy is moving from being an institution famous for ceremonial occasions to being an institution of value for what it can add to the country through public service'. In the past royalty ruled, made law, or served in war; they now spend their days cutting ribbons, visiting hospitals, and cultivating voluntary institutions. Monarchical philanthropy has ancient traditions, but succeeding generations of royalty have discovered a redemptive role in social work. In our democratic age it is this charitable purpose as much as anything else that is likely to sustain royal popularity.