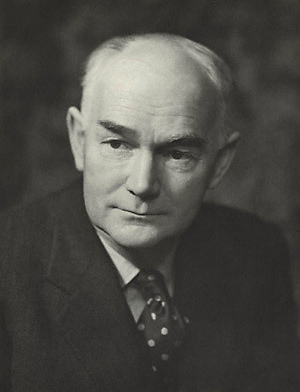 Allibone, Thomas Edward [Ted] (1903–2003), physicist and electrical engineer, was born on 11 November 1903 at 10 Melbourne Road, Nether Hallam, Sheffield, the son of Henry James Allibone, schoolteacher, and his wife, Eliza, née Kidger, a farmer's daughter. He was educated at the Central School, Sheffield, and Sheffield University, to both of which he won scholarships, and graduated with a first in physics while still only twenty. Such was his promise that the Metropolitan-Vickers engineering company immediately sponsored him to conduct research projects in metallurgy, one of which involved his producing, he believed, the first sample of metallic zirconium in the world. He received his PhD at Sheffield in 1926, by which time, with encouragement from Charles Drummond Ellis, who visited to deliver a lecture, he had secured a place as a Wollaston research scholar at the Cavendish Laboratory, Cambridge, to pursue research under Ernest Rutherford.

Allibone's interest now was in the use of high voltages in studies of the atom, a field in its earliest infancy; indeed, at the date he began, late 1926, Allibone was perhaps one of three or four physicists in the world ready to tackle it. (In time this field would become known as high-energy particle physics, and would keep thousands of scientists around the world occupied.) His association with Metropolitan-Vickers had prepared him for such work, since the firm was involved in the construction of the national electricity grid and he had become familiar with high-voltage technology there. Though Rutherford was nervous about the dangers, Allibone persuaded him to set aside laboratory space for what was a very large apparatus by the standards of the time. This took shape over the ensuing months, with financial support from Sir Alexander Fleming: a 500,000 volt Tesla transformer, incorporating a custom-made Bakelite tube 7 feet long and 2 feet in diameter, which Allibone escorted from Cambridge station in a taxi. With this he was able to produce fast electrons, whose scattering effects on a variety of materials he then studied.

The young Allibone was thus one of the pioneers of ‘big physics’, and his work encouraged Rutherford to make what proved to be a landmark address to the Royal Society in November 1927, calling for even bigger and more powerful machines to accelerate particles, which might enable nuclear research to move into a new phase. (It later rankled with Allibone that Rutherford never gave him the credit he felt he deserved.) Allibone's experience also proved vital to the next project in this field to be undertaken in the Cavendish, the 300,000 volt proton accelerator developed by John Cockcroft and Ernest Walton from early 1928. The three were friends and shared a workroom, and Allibone made many contributions to the design of the first Cockcroft–Walton apparatus, the prototype for the one which in 1932 produced the first artificial disintegration of the atomic nucleus—the feat popularly known as ‘splitting the atom’, for which Cockcroft and Walton shared the Nobel prize.

In 1930 Allibone returned to Metropolitan-Vickers to take charge, at the age of twenty-six, of the firm's new high-voltage research laboratory, the leading facility of its kind in the country. On 14 February 1931 he married Dorothy Margery Ward (1903/4–2001), an accomplished pianist, and daughter of Frederick Boulden, university lecturer. It was a close marriage, and they had two daughters. During the 1930s Allibone continued to produce ground-breaking work, most notably studying the nature of lightning in a partnership with the South African Basil Schonland. His experimental skills were also called upon in the Second World War, when under the aegis of the Tube Alloys directorate, he played a part in the American Manhattan project, which produced the first atomic bombs. In 1944 Allibone was one of thirty-five British, Australian, and New Zealand scientists sent, under the leadership of his old Cavendish friend Mark Oliphant, to Berkeley, California, to help develop an electromagnetic process for the separation of uranium 235. He spent part of his time at the giant factory at Oakridge, Tennessee, where the separation work was done.

Returning to Britain at the war's end Allibone was eager to work in the civil nuclear field now opening up, and in 1946 took up the post of research director at Associated Electrical Industries (AEI), running a laboratory at Aldermaston Court in Berkshire. (The atomic weapons establishment became a near neighbour in 1951.) There he distinguished himself as a brilliant research leader, recruiting and motivating a first-class staff and fostering a creative atmosphere with a minimum of hierarchy in which good ideas and good experimental craft prospered. He forged a close relationship with the Atomic Energy Research Establishment at Harwell, run by his old friend Cockcroft, of which the most important fruit was a long-term joint project in nuclear fusion research, to which he himself contributed important original work on the plasma state of matter. It was at Allibone's AEI laboratory too that Dennis Gabor laid the foundations of holography, work for which he later won the Nobel prize. In 1963 Allibone left AEI to become chief scientist at the Central Electricity Generating Board, the state-owned body created in 1957 that operated all public power stations, including nuclear ones, as well as the national grid in England and Wales. He retired from that position in 1970.

Allibone gave numerous lectures (including the Royal Institution Christmas lectures in 1959) and received many honours and awards. He was elected a fellow of the Royal Society in 1948 and appointed CBE in 1960. He served on the councils of many learned societies and remained active as a researcher well into his nineties, holding professorial posts at Leeds and City universities and adding steadily to an already prodigious file of scientific publications—his final paper appeared in 1999. He also became a historian, writing a biography of Rutherford (1973) and co-writing another of Cockcroft (1983), as well as producing a book on lightning (1977) and an affectionate monograph on the dining clubs of the Royal Society (1975). Among his missions as a historian was to put on record the vital contribution of his old firm, Metropolitan-Vickers, to inter-war physics research in Britain generally and at the Cavendish Laboratory in particular, a story that without his essay 'Metropolitan-Vickers Electrical Co. and the Cavendish Laboratory' (1984) might have been lost. A keen philatelist, he also assembled a substantial collection of postage stamps featuring fellows of the Royal Society, which he presented to the society.

Known to friends and colleagues as Ted or Bones, Allibone, the Yorkshire scholarship boy who achieved prominence and influence in the borderlands of science, public service, and industry, was in many ways representative of that determined and meritocratic generation characterized by C. P. Snow as the ‘new men’. As a boy he caught a love of learning and of science from his schoolteacher father and he devoted his life to both, while his evident abilities carried him easily into senior positions. As with many who passed through the Cavendish, Rutherford was (with some misgivings) his hero, and he had qualities in common with the great man: a straight talker who did not suffer fools gladly, he could be both a physicist of vision and an inspiring leader. His research commanded international respect, though his greatest contribution to physics was probably made as early as the spring of 1926, when at the age of twenty-two he persuaded a hesitant Rutherford that the time had come to welcome big machines into the world of atomic exploration. Allibone's last years were clouded by the death of his wife after seventy years of marriage, and by the onset of prostatic cancer. Having lived in Winkfield, near Windsor, Berkshire, he moved to Holyport Lodge nursing home, The Green, Holyport, Maidenhead, where he died on 9 September 2003 of bronchopneumonia. He was survived by his two daughters.