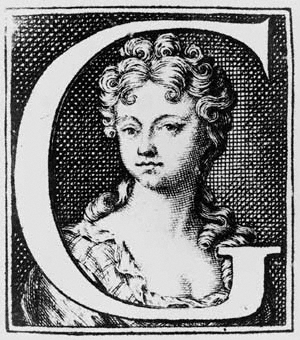 Elstob, Elizabeth (1683–1756), Anglo-Saxon scholar, was born on 29 September 1683 at Newcastle upon Tyne, the youngest of eight children of Ralph Elstob (1647–1688), merchant, and his wife, Jane Hall (d. 1692). After her mother's death Elizabeth was brought up in the household of her father's younger brother Charles Elstob, prebendary of Canterbury Cathedral, and his wife, Matilda. There, having overcome her uncle's initial hostility to learning in women, she was able to continue her private education (which she had begun under her mother's tutelage), and acquire a knowledge of several ancient and modern languages. In the late 1690s, while apparently still living in Canterbury and through the agency of her elder brother William Elstob (1674?–1715), a fellow of University College, Oxford, she was introduced to the scholarly concerns of the Oxford Saxonists, a group of Oxford scholars who, under the intellectual leadership of George Hickes, pursued the study of Old English and other northern languages and literatures, and of Anglo-Saxon history and culture. She apparently had no difficulty in gaining access to this circle and, in addition to the encouragement and tutelage of her brother William, George Hickes became her mentor and actively supported her scholarly undertakings until his death, in 1715.

In 1702, after William had been appointed rector of the parishes of St Swithin London Stone and St Mary Bothaw, Elizabeth Elstob set up house with him in Bush Lane, London, where they lived together until William's premature death, in 1715. In 1708 she published an English translation of Madeleine de Scudery's Discours de la gloire (1671), reflecting her early enthusiasm for the study of French. That year also saw the publication of her first edition of an Anglo-Saxon text, namely a transcript that she had made of the Latin text and its Old English interlinear gloss of the Athanasian creed appended to the Salisbury psalter (Salisbury Cathedral, 150). At Hickes's instigation this text was included in William Wotton's Conspectus brevis, a pocket-sized version of Hickes's Thesaurus that was designed to boost the sales figures of that monumental work. The addition of Elizabeth's text to the extracts drawn from the Thesaurus reveals the encouraging confidence that the doyen of Anglo-Saxon studies placed in the philological skill and accuracy of a newcomer in the field.

In 1709 Elizabeth Elstob's first major publication appeared: an edition of the Old English life of Pope Gregory the Great by the late tenth-century grammarian and homilist Ælfric. Her edition, An English-Saxon Homily on the Birthday of St. Gregory, is a lavishly produced book equipped with copious text-critical and explanatory notes, with a modern English translation facing the Old English text on each page and a lengthy introduction and appendix dealing inter alia with the role and enduring importance of Gregory in the English church. The historiated initial of the modern English translation of Ælfric's text (p. 1) contains Elizabeth Elstob's portrait engraved by Simon Gribelin; this initial was reused in her Rudiments of Grammar (1715).

Between 1709 and 1712 Elizabeth Elstob assisted her brother William in his projected edition of the Anglo-Saxon laws, as she had done with his projected edition of the Old English Orosius. During this time she continued on a monumental scale the project that she had begun with her English-Saxon Homily, which was a complete edition of Ælfric's Catholic Homilies. This is a collection of sermons and saints' lives that is of paramount importance for the study of Old English language and literature. Furthermore Ælfric's sermons had strong political and doctrinal implications for the seventeenth and early eighteenth centuries inasmuch as the representatives of the Church of England sought to validate their claims to priority over the Roman Catholic church by pointing to the anticipation of distinctive Anglican doctrines such as that of transubstantiation in these sermons. These aspects of Ælfric's works had already been emphasized in Elizabeth Elstob's edition of his Gregory homily. Publication of her edition of the Catholic Homilies was scheduled for Michaelmas 1715 but only thirty-six pages were printed; they survive in proof stage in the British Library (BL, 695.1.8.; 224.e.17). The manuscripts of the projected edition, preserved in the British Library (Lansdowne MSS 370–374 and Egerton MS 838), make it clear that the edition was still some way from being completed. It is also clear, however, that it was planned in the same encyclopaedic format as the edition of the Gregory homily. Had Elizabeth Elstob been able to complete this massive project her edition of the Catholic Homilies would have antedated the first critical and annotated edition of that important text by almost three centuries.

In 1715 Elizabeth Elstob published her last book, The Rudiments of Grammar for the English-Saxon Tongue—the first grammar of Old English to be published in English. It is based, principally but not exclusively, on Hickes's authoritative grammar in the first volume of his Linguarum veterum septentrionalium thesaurus grammatico-criticus et archaeologicus (1703) and on the abridged version extracted from it by Edward Thwaites (1711), both of which are written in Latin. She prefaced The Rudiments with a passionate but well-documented apologia for Anglo-Saxon studies, directing her remarks against the indifference towards the subject as evidenced in the writings of Jonathan Swift, who sought to establish a language academy in England on the model of the Académie Française.

Though small in size and only partly available in print Elizabeth Elstob's scholarly œuvre is on a par with the best work produced in Anglo-Saxon studies at the beginning of the eighteenth century. Moreover, her concept of writing her Old English grammar in English, and of providing her editions with a critical apparatus, introductions, and translations—all in English—at a time when scholarly publications in the field were almost invariably written throughout in Latin, clearly pointed to the future. The evidence of her works and letters does not permit the conclusion—often drawn—that her books were written in English to cater for the demands and abilities of the women of the leisured classes. No doubt she aimed to include women among the readership of her books but her primary concern was with Anglo-Saxon studies. By the early eighteenth century scholarship in that domain (culminating in the publication of Hickes's Thesaurus) had attained a level that was not to be surpassed for more than a century; but the future of the subject was threatened, nevertheless, by public neglect and lack of financial security for scholars working in the field. This is the context in which to judge Elizabeth Elstob's attempts to arouse genuine interest in the Anglo-Saxon past in a wider—both male and female—public than had hitherto been reached. Her learned contemporaries (men such as George Hickes, Humfrey Wanley, John Hudson, Richard Rawlinson, Ralph Thoresby, and Edward Rowe Mores) and scholars in the early nineteenth century appear to have appreciated her aims and scholarly standing more perceptively than twentieth-century critics, who have often judged her by the criteria of the moving details of her biography and her role as a woman in a male-dominated society.

Elizabeth Elstob's scholarly career came to an abrupt end with William's death, which left her without an income and with considerable debts, apparently incurred by funding their publishing projects. The only financial support that she seems to have received during the first years after William's death came from George Smalridge (1663–1719), who was at that time bishop of Bristol. Upon his death, or shortly before it, Elizabeth Elstob disappeared from London, presumably because she felt unable to repay her debts. She had to abandon her books and manuscripts, and never recovered them. She took refuge in Evesham, Worcestershire, where to earn a modest living she established a humble elementary school for girls. Her whereabouts apparently remained unknown to most of the scholarly world until 1735. From that year dates her acquaintance with the amateur antiquary George Ballard, with whom she kept up correspondence until 1753 and for whom, in 1738 or thereabouts, she wrote a brief autobiographical note. In the mid-1730s, through Ballard, she was introduced to Sarah Chapone, the wife of a clergyman and herself a schoolmistress, who possibly wrote or initiated a circular letter to be distributed among ladies more affluent than herself with the aim of raising some money, or perhaps an annuity, for Elizabeth.

The last major change in Elizabeth Elstob's life—a change that provided her with a home and financial security for the remaining seventeen years of her life—occurred in 1739, when she became governess in the household of the duke and duchess of Portland. This post appears to have resulted from Mrs Chapone's initiative on Elizabeth's behalf. The duchess, wife to the second duke, was Margaret Harley, granddaughter of Robert Harley, who seems to have supported Elizabeth and William Elstob's projects many years earlier. Thus the outward course of Elizabeth Elstob's life came to a tranquil close in the household of a descendant of one of her early benefactors. Ever since she had had to leave London she had suffered from frequent attacks of what in her letters she called her 'nervous fever', and during her last years she seems almost constantly to have been in poor health. She died, in the duchess's service, on 30 May 1756 and was buried on 3 June at St Margaret's, Westminster.