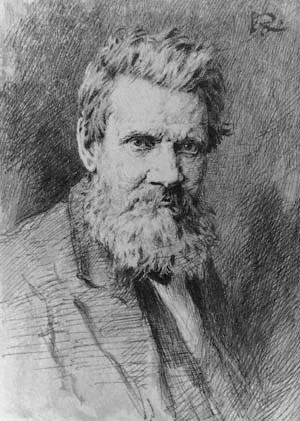 Edward, Thomas (1814–1886), naturalist and shoemaker, was born on 25 December 1814 at Gosport, Hampshire, one of several children of John Edward, Fife militiaman and weaver, and Margaret Mitchell of Aberdeen. His early years were spent at Kettle, Fife, and at Aberdeen. From childhood he was passionately fond of animals, bringing home so many ‘beasties’ that he was frequently flogged and confined to the house. Utterly unmanageable, by the age of six he had been expelled from three schools because of his zoological pursuits and truancy. Abandoning school, he found employment at 14d. a week in an Aberdeen tobacco factory where his older brother worked. Two years later both boys were hired at a factory at Grandholm. Edward's walks to and from work gave further scope for natural history and this was one of the happiest times of his life. When the boy was eleven his father apprenticed him to a shoemaker in Aberdeen for six years, but Edward ran away after three because of his master's cruelty. He then worked for another cobbler but decline in trade led him to join the Aberdeenshire militia in 1831. Here he narrowly escaped punishment for leaving the ranks to chase a butterfly. Reluctant to return to shoemaking, he enlisted with the 60th rifles, but his mother's opposition led him to abandon the military. Instead, he assisted his father as beadle in North Church, King Street, Aberdeen. Edward sustained his natural history interests during this time by making a wild botanical garden, buying the Penny Magazine, and studying stuffed birds he saw in shop windows, and animal illustrations on bookstalls.

From 1834 Edward was employed as a shoemaker in Banff. Trade was bad and he considered emigration to America until he met and married Sophia Reid in 1837. They raised ten daughters and one son, the latter becoming a minister in the Scottish church. Although Edward earned less than 10s. a week, on his marriage he rented a house and for the first time had a place to keep specimens. Without friends, books, or a knowledge of scientific names, Edward developed his knowledge from direct observation, all God's creation having a 'fascinating charm' for him (Cash, 181). Edward was sober, regularly attended church, and was not a Sabbath-breaker. Night was his only free time and from 1840 to 1855 he observed nocturnal creatures, sleeping only a couple of hours outdoors at the darkest time. He thus became acquainted with the sounds and movements of wild animals and always observed before killing. His knowledge sometimes resulted from terrifying encounters, one with a polecat lasting two hours. Edward stuffed and arranged his specimens in cases he built himself, but suffered losses. Nearly a thousand labelled insects were eaten by vermin and his dried plants were spoiled by cats.

By 1845, however, Edward possessed nearly 2000 specimens and, hoping to make money, he exhibited them at the Banff fair in 1845 and 1846. His success inspired him to exhibit in Aberdeen in August 1846 in the hope that he could devote himself solely to natural history, but the exhibition failed miserably, few believing he had made the collection unaided. In debt, with a wife and five children, Edward decided to commit suicide by drowning, but an unknown bird on the beach excited his curiosity and drew his attention away from killing himself. Instead, he sold his collection, but he returned penniless to Banff, where he recommenced shoemaking.

Although Edward resolved to abandon natural history and stick to his trade, by 1847 he had resumed nocturnal collecting. He was encouraged by his wife, who was paid for cobbling work on her own account and often purchased collecting bottles for Edward. In 1850, in order to avoid being thought a poacher when collecting with a gun, he obtained a certificate signed by sixteen magistrates testifying to his interest in natural history and good character. However, disregard for his body, and a severe fall on rocks, made him unable to work for a month and forced the sale of his second collection.

By this time Edward was well known locally and had some access to private libraries. He received encouragement from the Revd James Smith of Monquhitter, near Banff, to record his observations. Many of his natural history notes were published in the Banffshire Journal, and later in the Zoologist, Naturalist, and other periodicals. Smith attempted to find Edward a job preserving an ornithological collection and the Revd Alexander Boyd encouraged him to prepare lectures for a working-class audience, but both men died in 1854 and these schemes died with them. By 1858 illness had forced Edward to sell his third and best collection of birds, mosses, and marine plants. No longer capable of undergoing long expeditions or night wanderings, he devoted himself to marine zoology. His young daughters assisted him in collecting starfish and obtaining fish stomachs from fishermen. He devised home-made apparatus, although Charles Spence Bate, impressed by Edward's discoveries, sent him a simple microscope; Edward's discoveries are recorded in Bate and J. O. Westwood's History of the British Sessile-Eyed Crustacea, 2 vols. (1863–8), as well as in works by J. G. Jeffreys, Joshua Alder, A. M. Norman, Jonathan Couch, and others.

Edward's health was so broken by 1868 that he had to abandon collecting. He tried unsuccessfully to establish a business in photographic portraits, and continued shoemaking at home. His interests turned to the antiquities of Banff. His long-held ambition to be appointed curator of a natural history museum, despite efforts by friends such as Bate, was never fulfilled. From 1852 he did serve as curator of the Banff museum, but for only 2 guineas a year, increasing to 4 in 1864. In 1875 the museum was transferred to the Banff town council and Edward was kept on at 13 guineas. Despite quarrels in 1877, he remained in office until 1882. Edward also served as librarian of the Banff Literary Society but left the post in 1876. Although elected an associate of the Linnean Society of London in 1866, made a member of the Aberdeen Natural History Society, and awarded a diploma by the Glasgow Natural History Society, he was never invited to join the Banff Institution.

From the 1850s Edward began to attract interest as much for exemplifying the pursuit of knowledge under difficulties as for his natural history discoveries. Mentioned briefly by Samuel Smiles in Self-Help (1859), Edward became the subject of a full-length biography by Smiles in 1876. Although Edward had supplied an autobiographical account for James Cash's Where there's a will there's a way! (1873), it was Smiles's biography that brought him fame and relative fortune. The eminent naturalists J. D. Hooker, G. J. Allman, Richard Owen, and Charles Darwin backed Smiles's successful appeal to the queen for a civil-list pension of £50 a year for Edward. Little supported in Banff, in Aberdeen he was publicly presented with £333, to which he responded with an unprepared speech in broad vernacular praising his wife. This, together with Edward's later attempts to publish personal anecdotes under his own name, dismayed Smiles. In private Edward complained that he had been treated badly by great naturalists.

The Banffshire Field Club, founded in 1880, elected Edward a vice-president and he contributed several papers. In his later years he devoted himself mainly to botany. In 1885, in Dufftown with his ailing wife, despite his own weak lungs and the bad weather, he collected mosses. He died in Banff on 27 April 1886. A large number of people attended his funeral at Banff cemetery the following Friday.