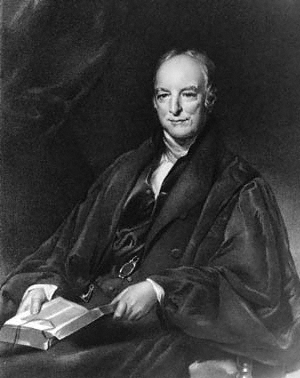 by courtesy of the National Gallery of Ireland

Drummond, William Hamilton (1778–1865), non-subscribing Presbyterian minister and poet, was born at Larne, co. Antrim, in August 1778, the eldest son of William Drummond (d. c.1786), surgeon, RN, and his wife, Rose Hare. James Lawson Drummond (1783–1853), anatomist, was his brother. His father, paid off in 1783, died of fever soon after taking up practice at Ballyclare. Left without resources, his mother moved to Belfast with her three children and went into business. After studying at Belfast Academy, Drummond was placed with a manufacturing firm in England. His sister maintained that cruel treatment which his employer would not or could not control turned the sensitive boy against a commercial career and towards the ministry; he himself said that the change arose from his preference for intellectual life.

Drummond entered the University of Glasgow in November 1794, but his course was interrupted, apparently because of poverty, and he left without a degree. He had, however, acquired considerable classical learning and as a student began to publish poetry, in which the revolutionary ideas of the time are evident. The Man of Age (1798) pleaded the cause of Ireland through a tale of an impoverished peasant family tyrannized by a powerful neighbour. Reportedly, on a visit to Larne in 1798 he was threatened with a pistol by a loyalist cavalry officer furious over such 'infernal poetry' (Porter, Memoir, iv).

Drummond became tutor in a family at Ravensdale, co. Louth, while pursuing his studies under the direction of the Armagh presbytery, which he chose for the high standard of proficiency it demanded from ministerial candidates. On his return to Belfast in 1799 he was transferred to the Antrim presbytery—neither presbytery required subscription to the Westminster confession of faith—and was licensed on 9 April 1800. He received calls from the First Holywood and Second Belfast congregations, and, accepting the latter, was ordained on 26 August 1800. Shortly afterwards, he married Barbara, daughter of David Tomb of Belfast; of several children, one son and two daughters survived him.

On his marriage Drummond opened a boarding-school at Mount Collyer. He was a founder member of the Belfast Literary Society in 1801. Of his ten contributions to the society's transactions, four were poems, including a verse translation of Lucretius' De rerum natura (1808), which attracted the attention of Thomas Percy, bishop of Dromore and the editor of the famous Reliques, who was instrumental in obtaining for Drummond the degree of DD from Marischal College, Aberdeen, on 29 January 1810. His long poem The Giant's Causeway (1811) is an evocation of Irish history and the stunning coastline of the north-west, and is notable for its author's acquaintance with geology and for his defence of the uniformitarian hypothesis of James Hutton (1726–1797).

In 1815 Drummond was an unsuccessful candidate for the chair of logic and belles-lettres in the newly founded Belfast Academical Institution, and on 15 October in that year he was called to Strand Street, Dublin, as colleague to James Armstrong, where he was installed on 25 December. Several members of his Belfast congregation who were electors for the chair cast their votes against him, apparently fearing his distraction from pastoral work; he denied that the loss of the election figured in his decision to move south, emphasizing rather the opportunity that a joint ministry would give him for a wider intellectual life. He was elected a member of the Royal Irish Academy, contributed frequently to its Transactions, and for many years held the office of librarian. He took a scholarly interest in Celtic literature, but some of his poetical pieces are graceful paraphrases of ancient Irish sources rather than close translations. In 1830 his prize essay for the academy established that a recent Gaelic publication of the poems of Ossian was a translation from the English and not the alleged original, thus vindicating the authorship of the poems by James Macpherson (1736–1796). He also edited for publication in 1840 the autobiography of his friend Archibald Hamilton Rowan, the United Irishman. His writings show very wide reading, facilitated by an insatiable habit of book collecting.

In Belfast, Drummond was a highly popular preacher, particularly in demand by philanthropic organizations for his gift for charity sermons. He is said to have preached only one doctrinal sermon there, and that at the request of a member of the congregation troubled on a theological point. While he continued in that vein in Dublin he emerged as a formidable controversialist in the Unitarian cause. The Doctrine of the Trinity (1827), which he injected into a protestant–Catholic debate to illustrate a third alternative, went through three editions in Britain and one in America. His Life of Michael Servetus (1848) is a continuous onslaught on what he supposed to be the unamiable tendencies of Calvinism.

Drummond's second marriage was to Catherine (d. 1879), daughter of Robert Blackley of Dublin. One daughter died young and another survived him, as did two sons, Robert Blackley Drummond (1833–1920), minister of St Mark's, Edinburgh, and James Drummond (1835–1918), principal of Manchester College.

Drummond's tastes were simple, and his kind and singularly sweet character was enlivened by a bright vein of humour. A fine countenance dignified his short stature; in Belfast he was known as ‘little God Almighty’. He was very near-sighted and, although he wrote many much-admired hymns, he had no ear for music. In his old age recurring attacks of apoplexy led to progressive loss of memory and wider mental deterioration. He died at his home in Lower Gardiner Street, Dublin, on 16 October 1865 and was buried at Mount Jerome cemetery, Dublin, on the 20th.