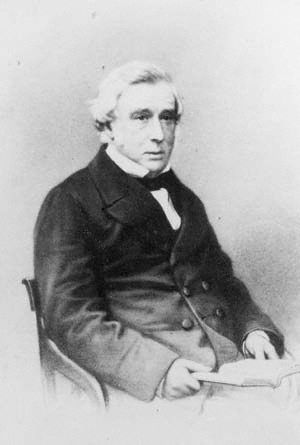 Dodsworth, William (1798–1861), Tractarian clergyman and Roman Catholic writer, was born on 19 March 1798 at Kirk Ella, Yorkshire, the third son of wealthy Hull timber merchant, John Dodsworth (1765–1818), and his wife, Harriet Haydon (d. 1837). He was educated at Richmond School, Yorkshire, and at Trinity College, Cambridge, where he graduated BA in 1820 and MA in 1823. He was ordained in the Church of England, being made deacon in 1821 and priest in 1822. He served curacies at Saxby, Lincolnshire (1821), Stisted, Essex (1823), and Chiddingfold, Surrey (1826). At first he held evangelical doctrines, and was for a time associated with Edward Irving and his premillennialism, preaching at the Albury conferences. Through this connection he became in 1829 minister of Margaret Street Chapel, London, where he was a popular and gifted preacher. Despite breaking with Irving about 1830, he was strongly influenced by his former associate's incarnational theology, which influenced his innovative sacramental practice. By 1835 his works on the eucharist and on confirmation identified him with the Tractarian movement, and he took a leading role in the diffusion of its principles in London. He married Elizabeth (1799–1856), youngest daughter of Sir Francis Yarde Buller, second bt, and sister of the first Baron Churston, on 28 October 1830. They had seven children; the youngest, Cyril Dodsworth (1844–1907), became a Redemptorist priest in America.

In 1837 Dodsworth was appointed perpetual curate of Christ Church, Albany Street, London, where, under the direction of E. B. Pusey, he put into practice the ideals of the Tractarian movement, and helped set up the first Anglican religious sisterhood at Park Village West. Although cautious in ritual matters, his services at Christ Church became important preaching venues for the Tractarian leaders. He was active in Bishop Blomfield's Metropolitan Church Building Fund, preached widely, and travelled on the continent with his friend and correspondent H. E. Manning. His faith in the Church of England was so shaken by the judgment in the Gorham case that he resigned his cure and joined the Roman Catholic church on 1 January 1851. Being married he could not take orders in that church, and after his conversion led a quiet life as a layman, publishing a small number of Roman Catholic apologetic works. After a long illness due to a stroke, he died at 7 York Terrace, Regent's Park, on 10 December 1861, and was buried in Kensal Green Roman Catholic cemetery, London.

Among his forty-seven known works the earliest reflect his evangelical and adventist period. The majority are Tractarian sermons or treatises. Discourses on the Lord's Supper (1835) justified his restoration of the holy communion as the central Sunday service at the Margaret Street Chapel. The Church of England, a Protester Against Romanism and Dissent (1836) was also influential. His Roman Catholic works included Popular Objections to Catholic Faith and Practice Considered (1858).