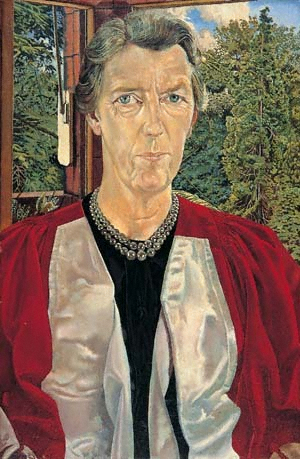 Cartwright, Dame Mary Lucy (1900–1998), mathematician, was born on 17 December 1900 at Church Cottage, Aynho, Northamptonshire, third child of William Digby Cartwright and his wife, Lucy Harriette Maud, née Bury. Her father acted as curate of Aynho for his incapacitated uncle, becoming rector in 1906. Her two older brothers were killed in the First World War leaving a younger sister, Jane, and brother, William Frederick Cartwright. It was out of the question for the rector's daughter to attend the village school, so at eleven Mary was sent first to Leamington high school and later to the Godolphin School, Salisbury. She thought of history as her best subject, but in her last year a gifted self-taught teacher, Miss Hancock, encouraged her into mathematics. She went up to St Hugh's College, Oxford, in 1919, at which time there were only some five women studying mathematics in the whole university. Her patchy schooling and the difficulty of getting into post-war lectures led to a second class in honour moderations. However, inspired by G. H. Hardy's famous extra-curricular classes, she became the first woman to last the course, being awarded a first-class degree in 1923.

Not wanting to impose further on her family for finance, Cartwright taught first at the Alice Ottley School, Worcester (1923–4), and then at Wycombe Abbey School, Buckinghamshire (1924–7). Dissatisfied with her prospects, she returned to Oxford in 1928 to read for a DPhil under Hardy, receiving her doctorate for a thesis on zeros of integral functions of special types in 1930; here she first met J. E. Littlewood, who was her external DPhil examiner.

Following Hardy's move to Cambridge, in 1930 Cartwright went to Girton as a Yarrow research fellow, rapidly becoming fellow and director of studies in mathematics in 1934; she held these positions until 1949. She became a university lecturer in 1935 and then reader in the theory of functions from 1959 until her retirement in 1968. The move to Cambridge heralded a period of great mathematical activity. Her work came strongly under the influence of Littlewood, who with Hardy dominated British pure mathematics of the period. Her first important result, in complex function theory, was a sharp estimate for the maximum modulus of analytic functions p-valent in the unit disc, a result still applied in signal processing. In a long series of papers over the next ten years, Cartwright continued to explore the subtleties of the theory of complex (especially integral or entire) functions; particularly their asymptotic behaviour. The essence of this work was contained in her one book, Integral Functions (1956).

In 1938 the Radio Research Board of the Department of Scientific and Industrial Research appealed to the London Mathematical Society for help with certain equations occurring in radio work. Cartwright drew the memorandum to Littlewood's attention. Together they began a detailed investigation of a deceptively simple-looking non-linear second order differential equation introduced by the Dutch physicist Van der Pol in 1920 to describe the oscillation of radio waves, now a textbook example. Despite their lack of expertise on this subject, Cartwright and Littlewood soon found a rich variety of behaviour, some of it very bizarre. They found ranges of the parameter values with an infinite number of unstable periodic solutions and a highly complicated but stable region of non-periodic behaviour. Fifteen years later, this work inspired S. Smale to develop the horseshoe map, the driving mechanism of the mathematical theory of chaos, of which Cartwright and Littlewood's fine structures were in fact typical manifestations.

Cartwright continued her work on differential equations and in 1949 held consultancies on US Navy mathematical research projects at Stanford and Princeton. In 1950 she resumed a collaboration with Sir Edward Collingwood, begun before the war, and culminating in the Collingwood–Cartwright theory of cluster sets.

Meanwhile Cartwright was becoming more deeply involved in college life. From 1940 to 1944 she was commandant, Girton College Red Cross detachment, and she took on an increasing load of teaching. In 1948 she was pre-elected mistress of Girton, which office she held from 1949 until 1968, the longest tenure in the college's history. Here began a second distinguished career. Women had been admitted to full membership of the university in 1948 and Cartwright provided clear-headed yet unassuming leadership at a time of rapid change, skilfully steering the college to assume quietly its proper role in the routine running of the university. Shrewd and immensely hard-working, she gave long service on many committees including the Cambridge University women's appointments board and the education syndicate. From 1961 she was on the council of senate. She was president of the Cambridge Association of University Women from 1957 to 1960. Despite this heavy load she continued her lecturing and research, seemingly never harassed, always finding time for students' problems, and ably supervising a number of doctoral students.

In all, Cartwright wrote over ninety articles published in mathematical journals, making important contributions to the theory of functions and differential equations. Her work with Littlewood was among the first to recognize the potential power of combining topological and analytical methods to study differential equations. Despite the technicality of most of her mathematical writing, she was also able to inspire a general audience, as demonstrated in her short monograph The Mathematical Mind (1955).

Cartwright inspired generations of young women. Her somewhat timid yet forbidding appearance, combined with her very considerable intellectual reputation, belied the warmth and sympathy beneath. In human affairs as in mathematics she had a gift for going straight to the heart of the matter. She was exceptionally well-informed on many subjects, among them painting and music. She had a wry sense of humour.

Cartwright was elected to the Royal Society in 1947, the first woman mathematician to be accorded this honour, and was later the first woman to serve on its council. She was awarded a Cambridge ScD in 1949. She felt strongly about mathematical education, taking a keen interest in the Mathematical Association and serving as its president from 1951 to 1952. In 1956 she was a member of a Royal Society delegation that visited the Soviet Union as guests of the Academy of Sciences. A member of the London Mathematical Society from 1928, she held office at various times and was president from 1961 to 1963. She received awards, medals, and honorary degrees from universities and learned societies in Britain and several foreign countries. Her contributions led to the award of the Royal Society's Sylvester medal in 1964, the London Mathematical Society's De Morgan medal in 1968, and she was created DBE in 1969.

Cartwright was resident in Girton from 1930 to 1968, retiring to live in a modest flat nearby. She was life fellow and emeritus reader at Girton from 1968 until her death. She enjoyed travelling and was visiting professor at Brown University (1968–9), then at Claremont Graduate School, California (1969–70); she also visited Case Western Reserve, the Polish Academy of Sciences, and the University of Wales (1970–71). She continued writing research papers until well after her retirement and was among the editors of Hardy's collected papers. In her last years she moved to Midfield Lodge Nursing Home, Cambridge Road, Oakington, where she died peacefully on 3 April 1998. She never married.