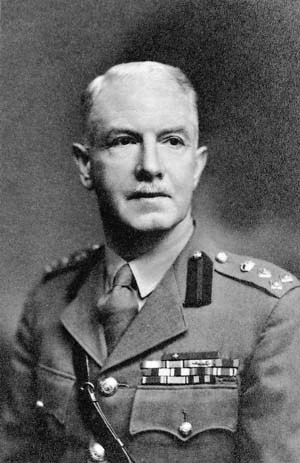 Sinton, John Alexander (1884–1956), soldier and malariologist, was born on 2 December 1884 at Victoria, British Columbia, Canada, the third of the seven children of Walter Lyon Sinton (1860–1930?) and his wife, Isabella Mary, née Pringle (1860–1924). His parents were both from the north of Ireland, of Scottish lowland origins, Quakers on his father's side, Presbyterian on his mother's. The family returned to Ulster in 1890 and that remained Sinton's base throughout his much travelled life. Academically gifted from an early age, Sinton attended the Nicholson Memorial School, Lisburn, and the Royal Belfast Academical Institution before graduating MB BCh BAO (Belfast) in 1908, first of his year, adding the diploma in public health (Belfast and Cambridge) in 1910 and the diploma in tropical medicine (Liverpool) in 1911. He was first in the entrance examination for the Indian Medical Service (IMS) and was gazetted lieutenant IMS in July 1911. However, before being posted to India he was seconded for a year as Queen's University research scholar to the Liverpool School of Tropical Medicine where his contact with Sir Ronald Ross may have influenced his later career as a malariologist.

Sinton served with great distinction in the military branch of the IMS from 1912 to 1921, when he transferred to the civil branch in which he served until his retirement in 1936. In the former he saw action in the turbulent North-West Frontier Province, in Mesopotamia, Afghanistan, Waziristan, and Turkestan, and was decorated many times, receiving the Victoria Cross in 1916, the OBE, and the Russian order of St George, and was mentioned in dispatches six times. The citation to his VC, awarded during the Mesopotamian campaign, runs:

For most conspicuous bravery and devotion to duty. Although shot through both arms and through the side, he refused to go to hospital, and remained as long as daylight lasted, attending to his duties under very heavy fire. In three previous actions Captain Sinton displayed the utmost bravery.

During the transcaspian campaign of 1918–19 Sinton commanded an Indian field ambulance which marched through Persia to Turkestan where he became senior medical officer of the Turkestan military mission. Heavy fighting along the Trans-Siberian Railway resulted in casualties among troops already weakened by cholera, typhus, and malaria. The situation was exacerbated by the 1918 influenza pandemic which left Sinton's unit with no fit men to collect rations. The military hospitals were overwhelmed and sick and wounded overflowed into Russian hospitals. Without Sinton's energy and expert medical knowledge the death rate in this campaign would have been substantially higher.

Although military matters dominated these years, Sinton found time for research, publishing papers on cholera, leishmaniasis, mosquitoes, and sandflies. Following transfer to the civil branch he was posted to the government of India's principal centre for medical research and vaccine production at Kasauli, in the Punjab, where his academic potential blossomed. Initially Sinton divided his time between the Pasteur Institute and the Central Research Institute, but in July 1921 he was put in charge of the quinine and malaria inquiry under the newly formed central malaria bureau. At Kasauli, Sinton met Eadith Seymour Steuart-Martin (1894–1977), daughter of Edwin Steuart-Martin and Ada May Martin (née Martin), whom he married on 19 September 1923. Their daughter, Eleanor Isabel Mary Sinton, was born at Kasauli on 9 December 1924.

In 1925 Sinton became the first director of the malaria survey of India at Kasauli, a position he held until he retired from the IMS. He was a dynamic leader and established an international reputation for himself and for his unit. He likened India to 'Prometheus bound by chains of apathy to the rock of expediency and financial stringency while the vulture of malaria devours the vitals of her people' (Kitzmiller, 497–9). In his Royal Society obituary Sir Rickard Christophers listed Sinton's contributions to malaria research under three headings: parasites, treatment, and monkey malaria. Sinton made important contributions to the enumeration, identification, pigmentation, and nomenclature of parasites. In the field of treatment he discovered the metabolic effects of quinine, notably hypoglycaemia. By controlled research he distinguished between parasite suppression, which could be followed by recrudescence, and cure which involved parasite elimination, and he defined the principles for the assessment of the efficacy of the antimalarial drugs then being introduced. Drug resistance rendered many of the early synthetic antimalarials useless, and quinine returned to favour. The principles defined by Sinton remain highly relevant in the continuing search for effective antimalarial therapy. The in vivo tests for resistance defined by the World Health Organization are based on his ideas. On monkey malaria, Sinton showed that multiple infections and super-infections occurred and that longitudinal studies could detect the presence of more than one plasmodial species in the same host. These observations contributed significantly to an understanding of the mechanisms of immunity in malaria and were still cited in research papers published sixty years later.

After his first retirement Sinton continued malaria research as Manson fellow at the London School of Hygiene and Tropical Medicine and at the malaria laboratory of the Ministry of Health at Horton Hospital, near Epsom. He also became adviser on malaria to the Ministry of Health. With the outbreak of the Second World War, Sinton was recalled as an IMS reservist and commanded a hospital in India. At the age of fifty-five he was again retired, but was appointed consultant malariologist to the east African force and later to Middle East command, retiring with the honorary rank of brigadier in August 1943. Two weeks later he was yet again recalled and appointed consultant malariologist to the War Office, travelling widely to Assam, Australia, Burma, Ceylon, India, New Guinea, and the Solomon Islands, where his expertise in malaria was invaluable. Further military decorations resulted from this period, after which Sinton returned to Northern Ireland and retired to Cookstown. He was elected FRS in 1946.

In his final retirement Sinton's compelling sense of duty was manifested in service to his university and to the local community. At Queen's University, Belfast, he sat on the senate, was pro-chancellor and president of the University Association. He became a JP, high sheriff and deputy lieutenant of co. Tyrone, and held a number of other offices.

Sinton published over 200 scientific papers, many on malaria including a monumental bibliography of 2200 malaria research papers in India from Ross's discovery of the parasite in 1898 up to 1928. Another forty of Sinton's papers were on sandflies and included descriptions of twenty-seven Phlebotomus species, sixteen of which were new to science; Sinton named one Phlebotomus eleanorae after his daughter, and another Phlebotomus eadithai after his wife. Others honoured Sinton by naming three mosquito species, Aedes sintoni, Anopheles sintoni, and Anopheles sintonoides, one sandfly species, Sergentomyia sintoni, and one subgenus Sintonius of the genus Phlebotomus, after him.

Sinton is unique as the only man ever to have been both a holder of the Victoria Cross and a fellow of the Royal Society. In the words of Colonel H. W. Mulligan in an obituary in the British Medical Journal: 'Sinton had an exceptionally quick, receptive, and retentive brain, but his greatness sprang not so much from his unusual intellectual gifts as from the simple qualities of absolute integrity and tremendous industry'.