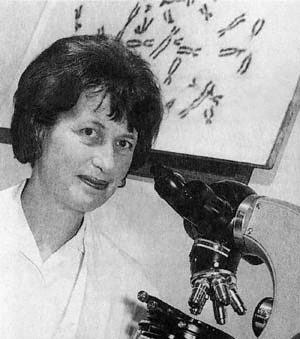 Lawler [née Corben; other married name Bagshawe], Sylvia Dorothy (1922–1996), human geneticist, was born on 15 January 1922 at 33 St Clement's Road, Bournemouth, the only child of Frederick Norman Corben, owner of a furniture business, and his wife, Dorothy Agnes Gwendolyn, née Cole (b. 1898), a schoolteacher who survived her daughter to become a centenarian. Educated locally at Wentworth School, Bournemouth, she became the school's first pupil to study medicine and entered University College, London, in 1939. There she distinguished herself as the gold medallist of her year and qualified in 1945. On 14 July the same year she married Lawrence John Lawler (b. 1919/20), son of John Lawler, a motor mechanic. Laurie Lawler was then a captain in the Royal Electrical and Mechanical Engineers (REME); he later became a schoolteacher. They had one son, Anthony John (b. 1955).

After junior hospital appointments Sylvia Lawler joined the laboratory of Dr R. R. Race at the Lister Institute, working mainly on the rhesus blood-group system whose complexity had recently been decoded by Race and R. A. Fisher. Her MD thesis, 'Blood groups and human genetics' (London, 1949), gained a distinction. In 1949 she was invited by Professor L. S. Penrose to join the Galton Laboratory at University College, London, the world's first department for the study of human genetics. There, together with Dr J. H. Renwick, she described one of the earliest linkages between blood groups and a human disease in a paper published in 1955 in Annals of Human Genetics. This was the first study to exploit the use of likelihoods in large families. Their collaboration uncovered several linkages and set new standards in both documentation and analysis. The Galton Laboratory was then the leading centre for the typing of both red cells and serum for genetic purposes and, through their combined use in families with inherited disorders, established its world leadership in human linkage analysis. While still a young researcher Lawler attended an international meeting in Montreal in 1956, when the distinguished American geneticist Sewall Wright sought her clarification on some detail of the rhesus blood groups. For twenty minutes those present were privileged to hear a discussion pursued by two scientists who achieved perfection in both manners and clarity of thought.

Lawler was appointed as research scientist at the Institute of Cancer Research in London in 1960 and became the institute's first female professor in 1980. There she developed a broad interest in the genetics of malignancy and established close links with the Royal Marsden Hospital in London, working at the interface between genetic research and patient care. At the time it was appreciated that white blood cells could be typed by difficult techniques, revealing a degree of variability unknown in red cells, and she made major contributions to the development of these tissue-typing techniques. She was fascinated by the significance of acquired chromosome abnormalities in malignancy and exploited the advent of chromosome analysis in the late 1950s as a means to characterize leukaemias. As head of the department of immunogenetics and cytogenetics Lawler laid the scientific foundation for the Royal Marsden Hospital's pioneering work in bone-marrow transplantation and became chairman of the transplantation immunology subcommittee of the National Organ-Matching Service. She was a founder member of the International Workshops on Chromosomes in Leukaemia, and also established the first national fetal tissue bank in the UK, with support from the Medical Research Council.

A principal interest was in the genetic basis of trophoblastic disease, which encompasses molar pregnancies (hydatidiform moles) and choriocarcinoma, and in efforts to improve the diagnosis and treatment of this disease. Lawler's work on histocompatibility leukocyte antigens (HLA antibodies) provided evidence that choriocarcinomas may arise from an earlier rather than simply the antecedent pregnancy. She went on to use genetic polymorphisms to determine the origins of complete and partial hydatidiform moles. Lawler was also a pioneer in the analysis of the human genome. The department she established exerted a profound influence through the staff she trained and encouraged from both the UK and abroad, and did much to establish the concept of a genetic basis to human disease. She was remarkable for the way she supported her staff and maintained a personal interest in the careers and research of former colleagues. She was a foundation member and fellow of the Royal College of Pathologists and an honorary fellow of the Royal College of Physicians.

Lawler's first marriage was dissolved in 1976, and on 28 January 1977 she married Kenneth Dawson Bagshawe (b. 1925), professor of medical oncology in the University of London, and son of Harry Bagshawe. Lawler became an emeritus professor in 1987, and despite two cardiac operations continued to be involved in the research on leukaemia and trophoblastic disease which she had established. Retirement allowed her, though, to indulge her love of the visual arts and opera to the full. She died suddenly in London at her home, 115 George Street, Westminster, on 17 January 1996. She was survived by her husband and the son of her first marriage.