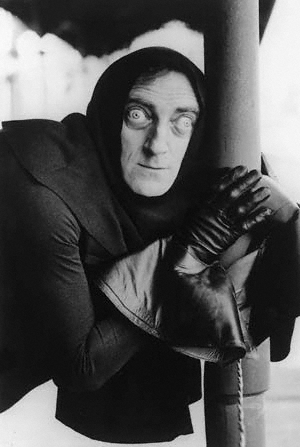 by Terry O'Neill, 1974 [on the set of the film Young Frankenstein]

Feldman, Martin Alan [Marty] (1934–1982), comedian and scriptwriter, was born on 8 July 1934 at University College Hospital, London, the elder of the two children of Myer Feldman, a gown manufacturer of Islington, and his wife, Cecilia (Cissie), née Crook. He had a sister, Pamela. The family's name was originally Bondor, but was changed to Feldman by Marty's grandfather, Hyman, a Jewish immigrant from Russia. Feldman was educated at Ayrah House, a Jewish boarding-school in Brighton, and later at Woodhouse grammar school in Finchley, Middlesex. He hated school, particularly Ayrah House, where discipline was strict and the food so awful that he became a lifelong vegetarian. As he grew older he rejected the tenets of his parents' Orthodox Jewish faith, and remained an agnostic throughout his life.

Feldman left school at fifteen to try his luck in small-time touring theatrical shows. His first taste of success came when, at the age of twenty, he teamed up with two other aspiring comedians to form the music-hall act Morris, Marty, and Mitch, in which he cracked jokes and played the trumpet. After the act folded, in 1957 he joined the BBC as a staff writer, briefly working with the scriptwriting team of Ronnie Wolfe and Ronald Chesney, contributing to the radio series Educating Archie. On 14 January 1959 he married Lauretta Eleanor Sullivan (b. 1935/6), a printer's daughter. They had no children. He teamed up with Barry Took, a friend from his music-hall days, and together they enjoyed ten years of successful scriptwriting for such television shows as The Army Game (1959), Bootsie and Snudge (1960–63), On the Braden Beat (1963), The Walrus and the Carpenter (1964), a situation comedy starring Felix Aylmer and Hugh Griffith, and The Frost Report (1967). For the radio Feldman and Took created Round the Horne (1965–8), which starred Kenneth Horne and Kenneth Williams and won the Writers' Guild award for the best radio comedy series in 1967. They also wrote two series of Frankie's Bandbox (1963) for comedian Frankie Howerd.

In 1967 Feldman found success as a performer in the Associated Rediffusion comedy At Last the 1948 Show, in which he co-starred with John Cleese, Graham Chapman, and Tim Brooke-Taylor. This led in 1970 to two series of his own comedy sketch show (co-written with Took), Marty, in which he starred, and which won several awards, including the Montreux silver rose. For Associated Television he made The Marty Feldman Comedy Machine (1972) with Spike Milligan, and several specials for the BBC, including Marty—Back Together Again (1974). Success in Britain led to appearances as a regular on the American Dean Martin Presents the Golddiggers (1970).

Feldman's first film appearance was starring in Every Home Should Have One (1969), co-written with Took and produced by Ned Sherrin. In 1974 he left England for America, where, with Gene Wilder, he became a member of Mel Brooks's team. He played the hunchback Igor in Young Frankenstein (1974), Marty Eggs in Silent Movie (1976), and Sergeant Sacker in Wilder's The Adventures of Sherlock Holmes' Smarter Brother (1976). Now settled in Hollywood, he negotiated a deal to write, direct, and co-produce The Last Remake of Beau Geste (1977), co-starring Peter Ustinov and Ann-Margret, and In God We Trust (1979). The latter, about a fallen monk, was not a success and was withdrawn from the cinemas after receiving catastrophically hostile reviews. In the hope of helping Feldman to overcome his subsequent depression, Graham Chapman persuaded him to join the cast of the film Yellowbeard the Pirate (released 1983). The film was shot on location in Mexico, and Feldman died from a heart attack, alone in his hotel room in Mexico City, on the day he finished filming, 2 December 1982.

Marty Feldman's career was fuelled by his thirst for stardom and this led to periods of alternating euphoria and depression and, in time, to a dependence on alcohol and drugs. His was a complex personality and, according to Mel Brooks, he could be either 'Heaven or Hell'—heavenly funny (although never content with his performance), and hell to work with, as he demanded retake after retake, frequently unnecessarily, causing great frustration for the film's crew. As a performer, Feldman dispensed a humour that was largely visual, assisted by his slightly bizarre ‘goggle-eyed’ look, caused by a thyroid condition which erupted in 1961; an operation had stabilized the thyroid, but his eyes remained bulgy and capable of looking two ways at once. The lasting memory of Feldman for those who knew him was of an affectionate, mischievous man, who never sought a quiet life and who, after much success as a writer and performer, died comparatively young, his promise unfulfilled, a sad and solitary figure.