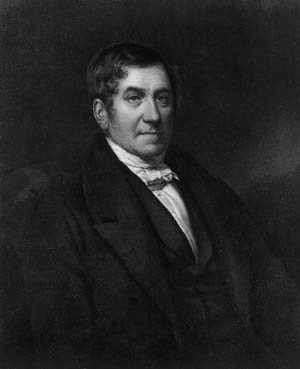 Chubb, Charles (1772–1846), locksmith, was born on 16 January 1772, probably at Fordingbridge, Hampshire, the third child of Charles Chubb. He had twelve brothers and sisters, with one of whom, Jeremiah Chubb (1790–1847), born on 10 June 1790, Charles was to set up in business. He served an apprenticeship as a blacksmith and moved to Portsea, where he established a hardware business. He married Maria Hayter on 20 August 1798—possibly against the wishes of both families as no members of either family attended the wedding. Jeremiah appears to have been living with Charles's family when he invented the detector lock (patent no. 4219, 3 February 1818).

The detector lock rapidly became regarded as the best of its kind, and was recommended by the Admiralty, but the popular legend about its success arising as a direct result of the prince regent's sitting on it during a visit to the docks is unsubstantiated. It is, however, likely that the detector lock was created with the Admiralty in mind, in order to stop petty pilfering in the docks and provide more security on the prison hulks that were located nearby. Charles and Jeremiah Chubb, having patented the lock, decided to move in 1818 and manufacture locks in Wolverhampton—known since the seventeenth century as the centre of English lock-making. Their expansion of the business does not appear to have been successful at this time, and to escape mounting debts Jeremiah left England for France and then America.

Charles Chubb nevertheless continued to manufacture and sell the locks locally, and a letter from one of his sisters tells how in 1820 he finally persuaded the admiral of the fleet of the superiority of the Chubb patent lock. Within a few years he was able to expand the business and established offices in 24 St Paul's Churchyard, London. With Ebenezer Hunter he later patented further improvements to the lock. Among early customers were the Bank of England, the king, and the duke of Wellington, who called upon Chubb locksmiths to pick open his front door to Aspley House and to supply four new locks in 1828. Chubb continued to develop the business and in 1830 established a lock factory in Temple Street, Wolverhampton. This led to great rivalry between Chubb and other Wolverhampton locksmiths, resulting in lock-picking contests held in public. He was awarded a special licence of the royal household in 1823 and royal warrant to the prince consort, Prince Albert, in 1841.

Jeremiah Chubb made his living in America as a machinist and returned to Britain in 1828. However, he does not appear in any of the Chubb patents until 1839, when he is mentioned along with Charles as co-patentee for improvements to safes. Jeremiah may have worked as a travelling agent for Chubb products, until his only son died of measles. Shortly after their son's death Jeremiah's wife, Emilia, travelled back to America. Jeremiah hoped to follow her, but his health was poor, and it appears from his correspondence with the rest of the family that he never recovered his strength sufficiently to travel or work regularly. He died in Winchester, Hampshire, on 10 November 1847.

Charles Chubb was a staunch Wesleyan Methodist, and was known for his donations to charity. This charitable streak may not have extended to his own family, as appeals for financial assistance from several relatives have survived, directed through ‘Uncle Jerry’, Jeremiah Chubb, who must have had some influence over his brother. Charles and Maria Chubb had eleven children—eight daughters and three sons. In 1841 John Chubb, the eleventh child, went into partnership with his father. Chubb died on 16 May 1846 at Barnsbury Road, Islington. Maria died seven months later, on 14 December 1846, and they were buried in the same grave in Highgate cemetery.

£16,000; divided between his eight surviving children

Close
Proceedings of the Institution of Civil Engineers