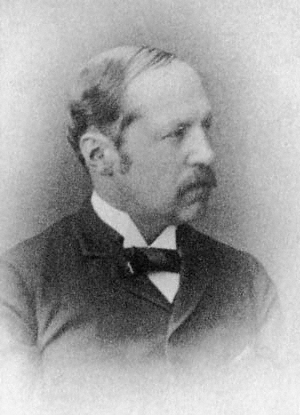 Gardner, Sir James Tynte Agg- (1846–1928), brewer and politician, was born on 25 November 1846, at Cheltenham, the elder son of James Agg-Gardner (1804–1858) and his wife, Eulalie Emily (1819–1901), the fifth daughter and coheir of William Richard Hopkins-Northey. He had one brother and a sister. His father took the additional surname after his patronymic of Agg as the nephew and heir of John Gardner (d. 1836), a country banker and Cheltenham brewer. Agg-Gardner senior was an astute businessman who purchased the manor of Cheltenham in 1843 for £39,000 from Lord Sherborne; he unsuccessfully contested Cheltenham (then a pocket borough of the whig Berkeley family) as a Conservative in 1841 and 1848. James, his heir, was brought up in a Calvinist atmosphere; he became a ward in chancery on his father's death and was 'carefully reared, watched over by his widowed mother' (Cheltenham Chronicle). He went to Harrow School in 1861 and was coached privately at Hedsor in 1864 by the chaplain of his uncle, Lord Boston, before matriculating at Trinity College, Cambridge, in 1865. At the age of nineteen he became a freemason. Owing to his first parliamentary candidature at Cheltenham in 1868 he took no degree, but became a student of the Inner Temple in that year and was called to the bar in 1873. He never practised.

Agg-Gardner was lord of the manor of Cheltenham until 1862, when his interest was sold for £33,000, and again from 1872, when he bought back the manorial rights. His property in the town was developed after his coming of age. New malthouses were built in the 1870s, and £75,000 was spent on improving head premises and brewery houses. He bought a wine and spirit shop in Cheltenham High Street, and had a pecuniary interest in the Plough Hotel, where he lived before acquiring Evesham House at Pittville about 1888. Agg-Gardner's brewery enjoyed 'the highest possible character' for a radius of 50 miles, and was 'the largest brewery in England, and probably therefore in the world, which is the sole and entire property of one man' (Licensed Victuallers Gazette). It suffered by this, for Agg-Gardner was not a keen-minded entrepreneur and the business needed a committed managing director to impose policy. In 1888 it was turned into the Cheltenham Original Brewery Company Ltd (with Agg-Gardner as chairman until his death). The brewery was encumbered by heavy borrowings, and a collapse in profits about 1905 was reversed only by the appointment of a professional brewer to direct the business.

The young lord of the manor was first elected Conservative MP for Cheltenham in 1874. Defeated in 1880, he was returned in 1885 and held the seat until the general election of 1895, when he did not stand 'for reasons unconnected with politics' (Agg-Gardner, 58). Agg-Gardner never married, and H. Montgomery Hyde, without giving evidence, stated he was homosexual (Hyde, 201). He had intimated in 1894 that he would not seek re-election, and conceivably his decision was influenced by the libel actions brought in 1893–4 by Charles Gatty who, as parliamentary candidate for West Dorset in 1892, had been sexually traduced by opponents. There may have been financial or other explanations for his temporary political retirement: he had lost about £15,000 invested in Horatio Bottomley's Anglo-Austrian Printing and Publishing Company. Agg-Gardner was returned unopposed in 1900, but was defeated in 1906. He did not contest the seat in 1910, but after Richard Mathias, the successful Liberal, was unseated on petition, Agg-Gardner was returned for the town in a by-election of April 1911, defeating Mathias's brother by four votes. He retained the seat until his death.

Although regular in attendance, Agg-Gardner seldom intervened in the chamber. He introduced bills on fire escapes (1891) and hire purchase (1928). He voted for women's suffrage as early as the 1870s and always maintained his support, most notably on 28 March 1912, when he moved the second reading of the Parliamentary Franchise (Women) Bill. After this was defeated, Robert Sanders, later Lord Bayford, noted: 'a very poor effort. He was frightened out of his life all through' (Ramsden, 45). Agg-Gardner's votes in support of bills to permit marriage with a deceased wife's sister strained his relations with high-church constituents. He resisted the Licensing Bill in the 1870s, and opposed the reduction of liquor licences in The Times (31 March 1883). He attended the inaugural meeting in Paris of the Inter-Parliamentary Union in 1887, and was later treasurer of the British group. He joined the kitchen committee of the House of Commons in 1886 and was chairman from 1917 until his death. In The Times (5 May 1904) he complained that evening adjournments were too short for members who wished to dine in South Kensington.

Agg-Gardner served in the Gloucestershire militia when young, and sat on the Gloucestershire bench of magistrates from 1875. He supported Cheltenham's incorporation as a borough, and sponsored the necessary parliamentary private bill. He was appointed its first freeman in 1896, and was generous to the town in both public and private charities. After selling Evesham House in 1907, he lived at the Queen's Hotel in Cheltenham. Twice he was mayor of Cheltenham (1908–9, 1912–13). He was chairman of the Cheltenham Newspaper Company (which owned the Cheltenham Chronicle and Gloucester Graphic) from its inception in 1912 until the sale of the business in 1928. He was knighted in 1916 and sworn of the privy council in 1924.

Agg-Gardner was a short, bald man with a toothy smile, sagging moustaches, and ugly features, but gentle, unassuming manners. It was difficult to quarrel with him. In 1927 he published Some Parliamentary Recollections, 'a modest, kindly and discursive little book' (TLS). He died of heart failure on 9 August 1928 at the Carlton Club, Pall Mall, London, and was interred in the family vault at Prestbury cemetery, Cheltenham.