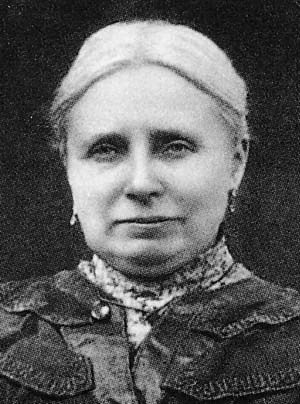 Wright, Christian Edington Guthrie (1844–1907), founder of the Edinburgh School of Cookery, was born on 19 April 1844 in Glasgow, the only child of Harry Guthrie Wright, manager of the Glasgow and South-Western Railway Company. Her mother died following her birth, and father and daughter eventually settled in Edinburgh in the early 1860s, living for most of their lives at 2 Lansdowne Crescent. Educated at a private boarding-school, she attended extramural classes at Edinburgh University and became a founder member of the influential Ladies' Edinburgh Debating Society. She was honorary treasurer of the Edinburgh Association for the University Education of Women.

In 1875 Guthrie Wright took the lead in the successful establishment of the Edinburgh School of Cookery. Her efforts to set up the school were in keeping with the methods advocated by the National Union for Improving the Education of Women of all Classes. The union's president, Princess Louise, became the principal patron of the school.

Guthrie Wright personally undertook training at the National Training School of Cookery, South Kensington, which she attended in the summer of 1875 in the company of the Edinburgh school's first lecturer, Isobel Middleton. On their return, the school's opening lecture took place on 9 November before an audience of more than a thousand women. The school developed rapidly. Initially it delivered public lectures on cooking and household health on a peripatetic basis. Most of the lectures formed a regular series in Edinburgh, but over the next few years public lectures were also delivered in other centres, literally from the Shetlands to the Channel Islands. Guthrie Wright and her colleagues (notably Louisa Stevenson) encouraged the development of other schools of cookery, for example in Glasgow and Dundee, and also in various English cities including Newcastle. From 1880 to 1890 the Edinburgh school operated a branch in Manchester and provided public classes for women all over the north of England. The branch operated profitably throughout the decade, but always on the understanding that the Edinburgh school would withdraw if local leaders were willing to take over. This duly happened in 1890, the Manchester school going on to develop as the Elizabeth Gaskell College (ultimately a constituent part of Manchester Metropolitan University).

In 1879 Guthrie Wright published an influential School Cookery Book, in the compilation of which she was assisted by Sir Thomas Dyke Acland and two distinguished medical doctors. This book exemplified her determination to have cookery introduced into the curriculum for girls attending ordinary school board schools and to have the subject widely disseminated among working-class women. She was opposed by many members of school boards, typically men concerned about costs, but also some women who did not wish girls to have their attention diverted into ‘female’ subjects.

Initially Guthrie Wright worked closely with many of the English leaders of the movement for domestic education. Edith Nicolls of the National Training School in London, Fanny Calder of the Liverpool School of Cookery, and Grace Paterson of the Glasgow School of Cookery seem to have been particular associates. In October 1876 the schools of Edinburgh, Liverpool, Leeds, and Glasgow combined to form the Northern Union of Training Schools of Cookery, the object being to establish cookery teaching qualifications of an agreed standard. In Guthrie Wright's opinion, however, some of the schools did not achieve the required quality of training and, to avoid risking the Edinburgh school's growing reputation, it was withdrawn from the union in 1878.

In 1887 Guthrie Wright assisted in the foundation of Queen Victoria's Jubilee Institute for Nurses (district nurses intended to care for the poor in their own homes) and became the honorary treasurer of the Scottish council of the institute. In the following decade she succeeded in raising £20,000 to train and locate nurses in many parts of Scotland and was credited with the successful establishment of the institute.

The Edinburgh School of Cookery eventually developed at Atholl Crescent, where it offered residential courses as well as public lectures. In the early twentieth century the teaching of domestic subjects was seen as a way of tackling the problem of high infant mortality rates. At the time of her death the Scottish education department was preparing to implement Guthrie Wright's proposals for the compulsory instruction of schoolgirls in cooking, health, and hygiene, the teaching to be delivered by trained, qualified staff. In 1930 the Edinburgh School of Cookery became the Edinburgh College of Domestic Science and in 1972 it assumed its modern title, Queen Margaret College.

Politically a Liberal and a friend of the fifth earl of Rosebery, Guthrie Wright was a devout Episcopalian. She was unmarried. She died at her home, 2 Lansdowne Crescent, Edinburgh, on 24 February 1907, bequeathing some of her property to St Mary's Cathedral, from where her funeral four days later took place 'amid every manifestation of the respect and esteem in which she was held by the citizens of Edinburgh and the public generally' (The Scotsman, 1 March 1907).