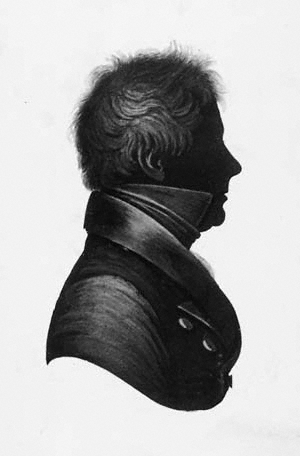 Wentworth, D'Arcy (1762–1827), medical practitioner and public servant in Australia, was born on 14 February 1762 near Portadown, co. Armagh, Ireland, the sixth of the eight children of D'Arcy Wentworth, an innkeeper, and his wife, Martha Dixon, also of co. Armagh. The Irish family traced its ancient ancestry to Wentworth Woodhouse in Yorkshire and was related to the wealthy and influential Fitzwilliams. The young Wentworth attended a local school and studied medicine under Dr Alexander Patton of Tanderagee. In 1782, with the assistance of his patron Lord Fitzwilliam, he served as an ensign in the 1st provincial battalion of Ulster volunteers. In 1785 he went to England to continue his medical studies. A handsome, tall man with blue eyes and considerable charm, he was invariably popular with all classes and both sexes. He hoped for employment with the East India Company as an assistant surgeon, but seems to have lived beyond his means and kept very doubtful company. At the Old Bailey sessions beginning on 12 December 1787 he was charged three times with highway robbery. Twice he was found not guilty, and in the third instance acquitted for lack of evidence. He again appeared and was again found not guilty at the sessions beginning on 9 December 1789. He then applied successfully to be discharged so that he could take up an appointment as an assistant surgeon in the convict colony at Botany Bay.

Wentworth arrived in the fledgeling penal settlement of New South Wales with the Second Fleet on 28 June 1790. He had gained some notoriety for his alleged exploits on Hounslow Heath, but he managed to avoid attention on the voyage. En route he formed a liaison with Catherine Crowley (b. 1772), a convict who bore him three sons, including the statesman William Charles Wentworth. In August D'Arcy Wentworth and Catherine sailed to Norfolk Island, where he became an assistant in the hospital. Ceaseless self-advocacy, industry, reliability, and a capacity to please everybody served him well. His income grew steadily, status followed, and, despite his ambiguous record in England, he found respectability and scope for promotion. Affable and discreet in his public career, he rejoiced in a warm although irregular family life. Catherine died in 1800, but he formed other alliances, chiefly with Maria Ainslie and Anne Lawes, by whom he had seven children. Wentworth was to serve in a medical capacity again in Norfolk Island from 1804 to 1806, and in Sydney and Parramatta. Eventually he was appointed principal surgeon in February 1809, to be confirmed by July 1811. For all these and other appointments—and for the attainment and advancement of his commercial, professional, and social goals—he constantly and successfully sought the support of Lord Fitzwilliam.

Wentworth was appointed justice of the peace and magistrate in May 1810, and in December was put in charge of Governor Macquarie's newly reformed police force. He became the chief magistrate in Sydney, one of the first commissioners for the Parramatta turnpike, and treasurer of the Police Fund (which disbursed most of the locally raised revenue).

In 1816 Wentworth was one of the founders of the Bank of New South Wales. He seems to have combined probity with a skill in amassing a considerable fortune, so that he died one of the wealthiest men in the colony. His record made him unacceptable to John Macarthur and the ‘exclusive’ faction of non-convict settlers, but he managed to keep out of colonial squabbles, staying on good working terms with governors Phillip, Hunter, King (up to a point), and Brisbane. He was Governor Macquarie's personal physician. Governor Bligh referred to him as a 'highwayman' and had him court-martialled in 1808 for alleged misuse of convict labour—although for the most part Wentworth was attached to the ‘emancipist’ (ex-convict) party socially as well as politically.

Wentworth was an old-established Sydney trader, and in 1810 was one of the main contractors for the building of the ‘Rum Hospital’ for Macquarie. The contractors received licence to import spirits in return for building the hospital, in a controversial arrangement that was ultimately not very profitable. Wentworth's administration of public health was not universally admired, and he fell out with Judge Bent over the latter's refusal to pay tolls. When J. T. Bigge arrived in New South Wales to conduct his commission of inquiry he heard a good deal of evidence about Wentworth's manifold pursuits, some of it none too complimentary. Indeed his long public career, supervisory role, and daily routine had involved him for better or worse in almost every aspect of colonial life. In his latter years he naturally became involved in his son's turbulent rise. He supported trial by jury and the election of a colonial legislature on the ground of 'no taxation without representation'.

In increasingly poor health, Wentworth was replaced as principal surgeon in October 1819, as superintendent of police in April 1820, and as treasurer of the Police Fund in June, but returned as superintendent from 1821 to 1825. He died at Homebush, Sydney, on 9 July 1827. The funeral service at Parramatta, where he was buried, was conducted by Samuel Marsden and the procession was said to be a mile long.