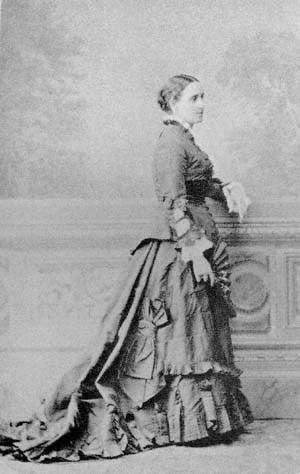 Mair, Dame Sarah Elizabeth Siddons (1846–1941), promoter of women's education and campaigner for women's rights, was born on 23 September 1846 at 29 Abercromby Place, Edinburgh, the youngest of four daughters of Arthur Mair, soldier, and Harriot Murray Siddons, granddaughter of the famous actress Sarah Siddons. She grew up in a spacious home in Edinburgh's elegant Georgian New Town, where she was taught by private tutors. For most of her life she had no financial worries, but briefly in her childhood the family wealth was drained by losses in railway shares. For a while her mother supplemented the family income by giving readings from English literature in their drawing room. 'We were', Sarah recalled, 'literally fed and clothed on Shakespeare' (Rae, 14).

In 1865 Sarah Mair founded the Edinburgh Essay Society, soon renamed the Ladies' Edinburgh Debating Society. From the age of nineteen to her ninetieth year she was its president. The debating society met, with the encouragement of her parents, each month in the Mair family dining room. It provided the first opportunity for Edinburgh women to discuss public affairs in a formal setting without inhibitions, and gave many of them a training in public speaking. In 1866 they boldly discussed female suffrage, and less boldly voted against it. The society's magazine, The Attempt, which became the Ladies' Edinburgh Magazine in 1876, attracted such influential writers as Charlotte Yonge and brought the society to the attention of a wide readership in Edinburgh and beyond.

It was around the debating society's large mahogany dining table, moved with the Mair family from Abercromby Place to 5 Chester Street in 1871, that all the organizations and committees associated with Sarah Mair were conceived. The society was at the centre of a web of influence and intrigue, visionary plans, and plodding spade work, from which grew the movement for women's emancipation in the Scottish capital. Its early members included Louisa Lumsden, founder of St Leonards School; Miss Carmichael (later Mrs Stopes, mother of Marie); Flora Stevenson, who was elected to the first Edinburgh school board; Louisa Stevenson, first woman member of the parochial board; and the group which founded St George's correspondence classes, training college, and school, of which Miss Mair was the leader. Their fathers were bankers, lawyers, landowners, doctors, clergymen, and professors, who had the means to provide their daughters with the leisure and connections essential to their success.

Sarah Mair attended the meeting in October 1867 which led to the formation of the Edinburgh Ladies' Educational Association (from 1877 the Edinburgh Association for the University Education of Women). Their demand was for admission to the arts faculty of Edinburgh University on equal terms with men. She worked closely with Sophia Jex-Blake who campaigned for women's admission to the medical school. Miss Jex-Blake failed and had to turn to England. Sarah Mair, however, accepted a series of compromises which she saw as steps towards her destination. The Edinburgh Association persuaded Professor Masson and others to give a course of lectures for women leading to a diploma which would be of a similar standard to the university's MA degree. Over the next decade the classes attracted hundreds of successful candidates, including Miss Mair herself, but the university refused to offer more than a separate but equal certificate.

Mair's group recognized that equality in higher education was dependent upon equality in the earlier stages of education. In 1876 they placed an advertisement in The Scotsman offering a class for women wishing to pass the university local examinations, which were accepted as the entrance qualification for male undergraduates. The response was beyond their expectations. The St George's Hall classes in Randolph Place quickly expanded to offer correspondence courses for women all over Scotland and overseas. The advanced courses led to the LLA (lady literate in arts) certificate of St Andrews University. Sarah Mair was honorary secretary of the classes and the driving force behind them.

In 1886 the group opened St George's Training College. This was the first in Scotland to offer training for women teachers of secondary school subjects. St George's High School for Girls followed in 1888, the first academic girls' day school in Scotland to provide a curriculum which took girls to university entrance standard. Sarah Mair persuaded her close friend Mary Walker to be the principal of the college and school. St George's took the lead over the next thirty years in the education of girls and women in Scotland. Miss Mair remained an active member of its governing council until her death. In 1892 the Scottish universities finally admitted women, and St George's students were among the first graduates. Her skills in committee work were now much in demand. She helped, as treasurer, to promote a scheme for a women's hall of residence in Edinburgh University, Masson Hall, which opened in 1897. She chaired the committees of the Hospital for Women and Children and the Elsie Inglis Maternity Hospital.

Sarah Mair was, from the late 1860s, a strong proponent of women's suffrage. In a review published in The Attempt (under the pseudonym des Eaux) she commented favourably on the suffrage essay in Josephine Butler's Women's Work and Women's Culture (1869). In 1906 she became president of the Edinburgh National Society for Women's Suffrage and was later president of the Scottish Federation of Women's Suffrage Societies. She chaired debates between constitutionalists and those who favoured more militant tactics to obtain the suffrage, and was an important mediating influence at a period when tensions arose between the different women's societies in Edinburgh. After the partial grant of the franchise to women in 1918 she helped to transform the suffrage society into the Society for Equal Citizenship. Her aim on all her committees was to achieve practical results, 'without', as she put it, 'an inch of red tape about me'. She set out to demonstrate women's equality in her two chief leisure interests, archery and chess. A member of the Ladies' Chess Club, she always maintained that chess both formed and indicated the character of the player.

In 1920 Edinburgh University awarded Sarah Mair the honorary degree of LLD for her work for women's education. At the ceremony she was described as 'a lady whose single aim has been to give her sisters the key of knowledge and power and train them to use it with a due sense of responsibility' (Rae, 16). She was made a DBE in June 1931. Dame Sarah Mair died at the home of her niece, Winton, Hale Road, Wendover, Buckinghamshire, on 13 February 1941. Her funeral service was held in St Mary's Cathedral, Edinburgh.