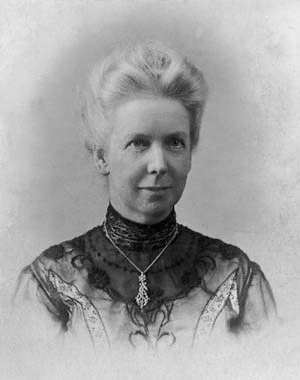 Jourdain, Eleanor Frances (1863–1924), author and college head, was born on 16 November 1863 at Derwent Woodlands, Derbyshire, the eldest of ten children of the Revd Francis Jourdain (1834–1898), subsequently vicar of Ashbourne, and his wife, Emily, daughter of Charles Clay, a Manchester surgeon. It was a poor, proud, talented family of Huguenot descent. Eleanor grew up in a country vicarage; her orthodox high-church parents were cultivated but lacking in warmth towards the children, who were driven to achieve by a sense of duty, financial necessity, and family rivalries. Of her five brothers, Francis Jourdain became eminent as an ornithologist and Philip Jourdain as a mathematician; a sister, (Emily) Margaret Jourdain became an authority on domestic arts and artefacts. Unlike some of her siblings Nelly was no rebel against this austere Anglican childhood. Educated at first at home, she played her part in educating, and later supporting, the younger children (the two youngest were partially paralysed by multiple sclerosis). Between the ages of fourteen and eighteen she attended a private day school in Manchester, financed by her mother's parents, who also enabled her to go to Lady Margaret Hall, Oxford, as a scholar in 1883. Her father, though by some accounts no enthusiast for women's education, nevertheless supported the opening of Oxford undergraduate examinations to women, and three Jourdain daughters studied at Oxford. Eleanor was in 1886 one of the first women examined in the modern history school and the first woman to undergo a viva. She was placed in the second class.

Eleanor was an accomplished woman, with musical, literary, and philosophical interests, and artistic gifts that developed strikingly in later life. Teaching was, however, the only secure profession then open to women. She embarked on it in a more ambitious spirit than her sisters Charlotte and May, who became governesses. After a brief period as secretary to Minnie Benson, wife of the archbishop of Canterbury and mother of a contemporary at Lady Margaret Hall, she became an assistant mistress, first at Tottenham high school and then at Clifton high school. In 1892 the Clifton headmistress, Miss M. A. Woods, joined her in founding Corran Collegiate School, Watford, a private boarding- and day school offering 'a thorough education of the best type for girls of all ages', where Miss Jourdain was soon sole headmistress. She proved to be, in the words of one former pupil, 'a born teacher' (Evans, Prelude and Fugue, 35). The success of this school, which had by 1900 more than 100 pupils, launched her on the next phase of her career. In Paris she rented a Rive Gauche flat—270 boulevard Raspail—in partnership with the daughter of a Sorbonne professor who had been on the Corran staff, where older girls could spend a year studying. There Miss Jourdain spent vacations between 1900 and 1914. She acquired the French elegance and style for which she was remembered and found opportunities to develop her work on the symbolism in Dante's Divina commedia, on which she had published articles, into a study published in English (1902) and in French (1903), for which she was in 1904 awarded a doctorate by the University of Paris. An early guest at this Paris flat was an acquaintance from her Oxford days, Charlotte Anne Elizabeth Moberly, principal of St Hugh's Hall (later College), where Charlotte Jourdain had studied, who suggested that Eleanor should move to St Hugh's as vice-principal.

An experience shared by Miss Jourdain and Miss Moberly during a visit to Versailles on 10 August 1901 drew them together in friendship and gave rise to one of the best-known of all ghost stories. They came upon figures in eighteenth-century dress near the Petit Trianon: later researches convinced them that these were ghosts of Marie Antoinette and members of her court and that the landscape and buildings they had seen were just as they had been in 1789. Both women believed they had psychic powers, though repudiating any associations with spiritualism, and the prevailing interest in the paranormal (which extended to Edwardian academic and church circles) encouraged them to publish their story. An Adventure (1911) appeared under the pseudonyms Elizabeth Morison and Frances Lamont but the authors' identity was known to acquaintances and some reviewers. It became a best-seller, attracting lasting interest as an instance of ‘haunting’ involving two reputable eyewitnesses. Subsequent editions appeared in 1913, 1924, 1931, 1955, and 1988. Contemporary sceptics included the Jourdain family and exponents of the scientific methods of the Society for Psychical Research (SPR). A courteous but devastating review by Eleanor Sidgwick noted that the authors' methods of recording and investigating the incident—described privately by an SPR researcher as 'rather fishy'—gave much scope for tricks of memory and imagination (Iremonger, 203). Later critics have speculated that behind their collaboration lay a repressed lesbian relationship (ibid., 86; Castle). Joan Evans, who knew both women well, dismissed that as inconceivable and hers is perhaps the most plausible explanation of the ‘adventure’: they may have interrupted rehearsals for a tableau vivant in preparation for one of the fancy-dress parties given at Versailles by the belle époque rake Robert de Montesquiou (Evans, An end to An Adventure, 45–7).

Miss Jourdain left Corran in 1903 to become vice-principal and, from 1905, tutor in French at St Hugh's, at a sacrifice of income and status that was rewarded when she succeeded Miss Moberly as principal in April 1915. In these years she emerged as a complex, controversial, and powerful personality. Short and, as a young woman, rather plain, she developed a strong likeness to Queen Victoria—stout, dignified, soignée, bejewelled, always dressed in black, her grey eyes bright and prominent, the sandy hair now silver and worn in a chignon. Her charm and vivacity, her watercolours and piano playing, and the range of her ideas lent her an air of distinction even while she held a subordinate position. From 1908 she led the St Hugh's contingent at London suffrage demonstrations arrayed in her doctoral robes. Papers she gave to student societies were published as On the Theory of the Infinite in Modern Thought (1911). Of her stimulating qualities as a tutor, administrative ability, and commitment to the collegiate development of St Hugh's there was no doubt. But she divided opinions. She fascinated admirers and showed them much kindness. Those who did not find favour thought her manipulative, devious, and domineering. Unresolved tensions permeated her own values—an orthodox churchwoman who cultivated a reputation for second sight, an exponent of 'bracing common sense' who dabbled in mysticism and the modish intuitionism of Henri Bergson (Oxford Magazine, 1 May 1924, 400; Evans, Prelude and Fugue, 99). Conscious of a self-sacrificing dedication to duty, she was incapable of self-criticism. Even admirers questioned her rigour as a scholar.

In her lifetime, however, Eleanor Jourdain built up a considerable professional and public reputation. Oxford was late in taking up French studies and she took advantage of openings to publish work drawing on her knowledge of the country and her lectures: 'Methods of moral instruction and training of girls in France', in Moral Instruction and Training in Schools, edited by M. E. Sadler (1908, 2.85–112); An Introduction to the French Classical Drama (1912); Dramatic Theory and Practice in France, 1690–1808 (1921); The Drama in Europe in Theory and Practice (1924). In the First World War she was commissioned to undertake translating and deciphering work for the government. In 1919 she served on the election committee for the university's (notoriously anti-feminist) Conservative MP, Sir Charles Oman. She was among the first women to hold university lecturerships at Oxford, as Taylorian lecturer in French, 1920–22, and in 1922 was the first woman to examine undergraduates in the schools. At the peak of her career she was president (1921–2) of the Modern Language Association. At the time of her death she was working on a history of Burgundy.

As principal of St Hugh's, Miss Jourdain presided over the college's move to new purpose-built premises and a rapid growth in student numbers, from about 50 to over 150. Autocratic by nature, she was a forceful leader. But staff and students acquired new aspirations when women were admitted to membership of Oxford University in 1920. Although sympathetic in principle to the claims of women tutors to participate in governing the college, Miss Jourdain resisted their initiatives in practice. Her decisions on student discipline were sometimes harsh. Always subject to migraine and now worn down by a severe attack of influenza, her judgement became increasingly erratic. In November 1923 she persuaded the college's council to dismiss a tutor, Cecilia Ady, formerly an intimate friend but now believed by Miss Jourdain to be disloyal. The 'St Hugh's row', widely reported in the press, raised issues that concerned not only the professional standing of female dons but also the future of women's colleges—would they develop on collegiate lines or as autocracies modelled on girls' schools? All St Hugh's tutors resigned in support of Cecilia Ady, as did six council members; women tutors at other Oxford colleges boycotted teaching of its students; undergraduates demonstrated; parents and senior members pressed for an independent enquiry. Miss Jourdain, confident as always (and badly advised, as a successor pointed out, by the head of house, J. A. R. Munro of Lincoln College, who chaired her council), was happy when the university's chancellor, Lord Curzon, was brought in to investigate, and sanguine even when his report exonerated Miss Ady and suggested the need for changes of both constitution and personnel at St Hugh's (Griffin, 55). On 6 April 1924, shortly after hearing that her resignation was expected, she died of a coronary thrombosis at the home she shared with Miss Moberly in vacations, 4 Norham Road, Oxford. She was buried on 9 April at Wolvercote cemetery, Oxford. There is no evidence to support later rumours of suicide.

Devoted as she was to St Hugh's, Eleanor Jourdain left a legacy of division and embarrassment—protracted by sensational interest in both the ‘row’ and the ghosts of Versailles. Her reputation suffered, too, at the hands of hostile colleagues and relatives. A tragic figure, she was destroyed by a scandal that overshadowed real gifts and achievements. There is much to be said for the contemporary verdict that, had she ceased to be principal two years earlier, she would 'have left a splendid record in Oxford' (Proceedings of the Huguenot Society).