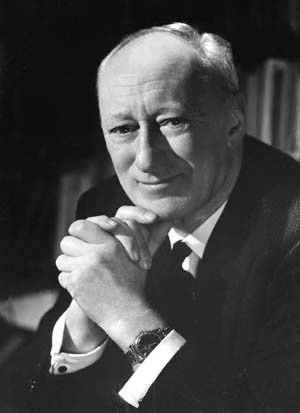 Spurrier, Sir Henry (1898–1964), motor vehicle manufacturer, was born at Leyland, Lancashire, on 16 June 1898, son of Henry Spurrier (d. 1942), a mechanical engineer, and his American wife, Jessie Albro. His grandfather, also called Henry, was a brilliant engineer and contractor with a financial interest in the Lancashire Steam Motor Company, of which Spurrier's father became a director and which in 1907 became Leyland Motors Ltd. Spurrier, or Henry III as he later came to be known throughout Leyland Motors, apparently became interested in motor vehicles through playing in its workshops during his holidays from Repton School. On leaving school, he joined Leyland as an engineering apprentice and received a thorough training in all its engineering departments.

During the First World War Spurrier joined the Royal Flying Corps as a pilot lieutenant and served overseas in Mesopotamia, India, and the Middle East. During this period he contracted dysentery and typhoid which continued to affect his health throughout the rest of his life. He was demobilized in 1919 and subsequently returned to Leyland Motors, where his father had become chairman. In 1920 he married Winifred Mary, daughter of Alfred Cope, an accountant of Ewell, Surrey; they had two daughters. She outlived him.

At Leyland, Spurrier joined forces with the chief engineer, J. H. Parry-Thomas, and his assistant, Reld Railton, to develop the Leyland ‘straight-eight’ motor car. Priced at about £7000 this car was more expensive than a Rolls-Royce, and only eighteen were made. Although it was the most expensive motor car on the market at the time, it incorporated a number of advanced features which, many years later, were to become standard on most, if not, all cars—overhead cams, anti-roll bar technology, and single-plate dry clutch. Following the car's commercial failure it was developed for racing purposes and gained a number of world records with Thomas at the wheel, before his death in 1923 at Pendine (Pen-tywyn) Sands, Carmarthenshire.

The main production activity at Leyland during the inter-war years, however, centred not on cars but on commercial vehicles. In 1925 Spurrier became assistant to the general manager and helped design a new range of trucks and buses which re-established the fortunes of the company following a period when they had been at a low ebb. As assistant general manager between 1930 and 1942, Spurrier had particular responsibility for overseas sales, where he proved to be highly successful. In 1942, shortly after his father's death, he was promoted to general manager and took personal charge of Leyland's tank production for the war effort. In 1949 he became managing director and in 1957, company chairman. In 1962 he suffered a brain tumour and effectively retired from active business, relinquishing the posts of company chairman and managing director in June 1963 when he became instead the company's president. The reins of the business were handed over to his protégé, Donald Stokes (b. 1914).

Spurrier was considered to be a most forceful personality, whose control was often exercised in an autocratic manner. Overall, however, he should be judged by his actions rather than his words. The financial problems of Leyland during the immediate post-First World War period and throughout the 1920s, resulting from some questionable decisions by the Leyland board, left a lasting impression on him. He subsequently developed an aversion to waste as strong as his father's aversion to thrift; the wasteful practices existing at Standard-Triumph at the time of the Leyland take-over in 1961 particularly appalled him.

During his period at the Leyland helm following the Second World War he recognized the need for the company to become fully vertically integrated and to grow bigger if it was to survive. He achieved both aims through a policy of acquisition, succeeding, despite some self-doubts and his acquired caution, in building up Leyland into the largest exporter of heavy-duty vehicles in the world. The process started with an agreed take-over of Albion Motors Ltd in 1952, and continued, in June 1955, with Leyland's absorption of Scammell Lorries Ltd. In 1962, the company acquired Associated Commercial Vehicles Ltd, a group dominated by the Associated Equipment Company (AEC), comprising the former lorry-making firms of Maudslay, Thornycroft, and Crossley. His most ambitious coup, however, came with his decision to acquire Standard-Triumph International in April 1961, so that Leyland could enter the volume car business. Having paid a high price for a company in financial difficulties, the Leyland management under Spurrier commenced to turn Standard-Triumph's fortunes round, although he did not live long enough to see it.

In the course of his career, which was mainly devoted to Leyland Motors, Spurrier was also a director of the District Bank, a part-time member of the Iron and Steel Board (from 1958), president of the Society of Motor Manufacturers and Traders from 1952 to 1953, and a member of the National Advisory Council of the Motor Industry. He was knighted in 1955 for his services to British exports. Away from his work he was fond of yachting and shooting. Spurrier died at his home, Ingol Cottage, Walker Lane, Fulwood, Lancashire, on 17 June 1964, aged sixty-six.