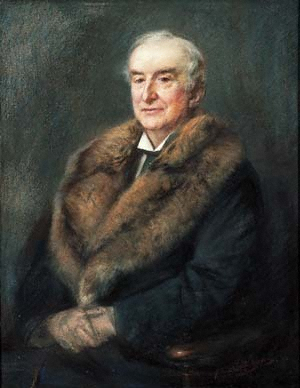 Bryant, Wilberforce (1837–1906), match manufacturer, was born in Plymouth on 25 January 1837, the eldest of four sons (there was also a daughter) of William Bryant (1804–1874) and his wife, Elizabeth Carkeet. William Bryant, who had become a Quaker on his marriage, ran a malodorous business making tallow, candles, blacking, sugar, and locomotive lubricants. In 1844 he teamed up with a fellow Quaker, Francis May, as general merchants in the City of London. Eleven years later they bought from a Swedish firm the patent rights for the newly invented safety matches; in 1861 they began match manufacture in Bow, east London, and the following year they were awarded a gold medal at the 1862 International Exhibition.

After education at a Quaker school, Wilberforce Bryant in the mid-1850s joined the Plymouth business, and then became manager of the match factory in 1861, later with the assistance of his three brothers. Father and sons were already contriving to ease out May, who refused to go quietly; he did not finally depart until 1875, shortly after William Bryant's death. A year later Wilberforce made a good marriage, to Margaret, second daughter of William Lowson, deputy lieutenant of Perth. She presented him with an estate in Gloucestershire, a son who died in infancy, and three daughters.

As senior partner Bryant strove hard to make his firm the leading match manufacturer in Britain. He introduced mechanization and promoted new specialities, such as wax vestas and decorated metal containers. Overseas, in the 1880s the firm began to build up its export markets, especially in the British empire and the Far East. High American tariffs thwarted an attempt to enter that market via an agreement with the Diamond Match Company there.

In 1884 Bryant and the one brother remaining in the firm, Frederick Carkeet Bryant, registered Bryant and May Ltd, with a large capital. The financial press was soon condemning the firm for its annual reports—'the most cynically meagre and imperfect documents published by any board in the country'—and for its insider dealings to rig the share prices for its own ends (Financial News). This widespread mistrust of the company was fanned by the celebrated matchgirls' strike of 1888, when the implacable Bryants crossed swords with the equally tenacious Annie Besant. The matchgirls had their main grievance—concerning arbitrary fines and deductions—remedied, and secured the right to a trade union which proved short-lived, collapsing after a wildcat strike in 1903. They were also given a women's club with subsidized canteen, recreation rooms, and a library.

By the 1890s Bryant was losing his touch, letting slip the opportunity to acquire the rights to Diamond Match's latest match-making technology. Instead, he spent much time as a magistrate and high sheriff of Buckinghamshire in 1892, as a keen gardener and amateur photographer, and in hosting at his Stoke Poges home local agricultural and horticultural shows. Diamond Match lost no time in erecting a very modern works in Liverpool, which so eroded its rival's sales that in 1901 Bryant and May was forced to join Diamond Match as a minority partner. The considerable autonomy granted to the British directors (Bryant by then being no more than a titular chairman) allowed them to expand overseas sales further and to open up branches in parts of the empire.

Bryant lacked entrepreneurial flair, sacrificing the goodwill of the outside world to short-term advantage and driving the matchgirls into a strike which irredeemably tarnished the name of Bryant and May. He embodied too much of Quakerism's darker side—a narrow-minded exclusiveness and a dogged refusal to let go—yet was in some ways generous to the workforce, as no doubt to his local community. While remaining nominally a Quaker, he became a staunch Anglican and patron of the Church of England Temperance Society. He was a conservative in politics, fond of driving, and an excellent whip. He died at home at Stoke Park, Stoke Poges, on 3 February 1906, and was buried in the parish churchyard at Stoke Poges on 7 February.