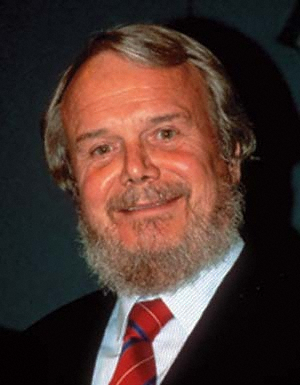 Redhead, Brian Leonard (1929–1994), broadcaster and journalist, was born on 28 December 1929 at Princess Mary Maternity Hospital, Newcastle upon Tyne, the only child of Ernest Leonard Redhead, a silk screen printer and advertising agent, and his wife, Janet Crossley, née Fairley. Precocious and, as he later admitted, 'cocky' (Redhead, Desert Island Discs, BBC Radio 4, 6 July 1986), Redhead won a scholarship to Newcastle's Royal Grammar School, played the clarinet on Children's Hour, and, following national service and a stint on the Whitley Bay Seaside Chronicle, went to Downing College, Cambridge, where he took a first in part one of the history tripos but only a second in part two. Much of his subsequent work, and his civic activity, reflected continuing awareness of the importance of the past: 'Journalism should be seen, and heard, as the first attempt at writing history', he wrote (Redhead, The Best of ‘From our Own Correspondent’ 4).

Redhead joined the staff of the Manchester Guardian in 1954, rising quickly through the ranks. In the same year, on 19 June, he married Jean (generally known as Jenni) Salmon (b. c.1930), a teacher and fellow Geordie. They had two sons, Stephen and James, and then twins, Annabel (Abby) and William. After making his mark as an innovative and energetic features editor, in 1965 Redhead was appointed northern editor of what was by now The Guardian. Four years later he was made editor of its sister paper, the Manchester Evening News, but the ultimate prize of editing The Guardian eluded him. He applied when the post fell vacant in 1975 but was beaten by Peter Preston. A few months later he left the company, saying he had been sacked; others felt he had walked out in a fit of pique. One problem was that he had been absent too often, his good looks, lilting voice, unassailable self-confidence, and enviable fluency making him much in demand as a broadcaster. This had started in the late 1950s, when he regularly hosted BBC's weekly Manchester-based television show Points North. He resigned from The Guardian in the early 1960s to join BBC's popular television programme Tonight (moving with his family briefly to London) but was back on The Guardian within a year. He chaired Radio 4's talk series A Word In Edgeways for more than twenty years.

It was this natural broadcasting talent that resulted in an invitation to co-present Radio 4's breakfast programme, Today, in succession to Robert Robinson. He signed for an initial three months but stayed for eighteen years, taking a London flat in the Barbican but maintaining the family home in Rainow, outside Macclesfield. He brought to the programme verbal dexterity, political acumen, and Pennine folksiness. For ten years he and John Timpson, the other main presenter, formed the greatest double act ever to accompany the British breakfast. They complemented one another perfectly: tenor and baritone, town and country, north and south and (many felt) left and right, though in truth their politics were more complex than that. True, Redhead irritated the tory faithful with his frequent anti-Conservative jibes, clashing on air with Nigel Lawson (1987) and Peter Lilley (1991) over his alleged support for Labour. But he was also a staunch defender of Britain's constitutional monarchy, described himself as a 'wet' (Donovan, All Our Todays, 99), sent all his children to a fee-paying school (Cheadle Hulme), and had a lucrative sideline making corporate videos. Lady Thatcher, who during his era gave Today a unique imprimatur by telephoning it direct from 10 Downing Street, paid tribute to him on air after his death. Having spent so many hours in the studio in the presence of Redhead's shaggy beard and elfin twinkle, it was Timpson who came up with the best physical description of his partner: 'I always felt he would look most at home sitting with a fishing rod beside a garden pond with a little curly hat with a pom-pom on top. He was everybody's idea of a lovable garden gnome' (Donovan, All Our Todays, 59).

Redhead had a sharp rather than a deep mind, but he found himself setting out on a long spiritual journey after his youngest son was killed in a road accident in France in 1982 at the age of eighteen. The tragedy drew him towards the Church of England and he was confirmed seven months later, going on to 'read the Bible from cover to cover' (Donovan, All Our Todays, 78), and to make an epic Radio 4 series about it entitled The Good Book. When it was broadcast in 1986 he wrote: 'The whole point of a pilgrimage is not the distance covered but the act of identifying yourself with a purpose larger than your own' (Redhead, Personal Perspectives, 34).

One of the many causes for which Redhead campaigned and raised funds was the hospice movement, which he described as 'the best thing that has happened in this country since the Second World War' (Redhead, Personal Perspectives, 30). Sadly, he was not able to spend his own last days in one. Having in 1993 arranged to leave Today the following year to concentrate on his chancellorship of Manchester University, his lay work in the church, and a new Radio 4 series, he was admitted to hospital in December for a hip operation. Found to have a ruptured appendix discharging toxins into his body, he died of acute kidney failure and blood poisoning in Macclesfield District General Hospital on 23 January 1994. After a funeral service in Rainow parish church he was cremated at Macclesfield crematorium on 28 January, and his ashes were scattered behind his home. He was survived by his wife, Jenni, and by their two elder sons, and their daughter.

Redhead was a professional northerner who became a national voice. There was much national sadness when he died at the early age of sixty-four. Cheeky, opinionated, and often politically provocative, he had made Today the one programme no member of the decision-making classes could afford to miss. Insufferably bumptious for some of his colleagues, irrepressibly cheerful for most of his listeners, Redhead it was who first noted that Today was where people came to 'drop a word in the nation's ear' (Evening Standard, 3 July 1978). The archbishop of Canterbury wrote to the programme after his death: 'The loss of such a brilliant and warm personality must leave you all feeling bereft and very sad' (private information). One listener from Stoke-on-Trent spoke for many others when she said that for eighteen years Redhead had for her been 'a friend, brother, and teacher' (Donovan, All Our Todays, 111).