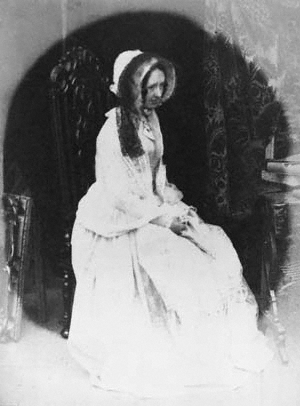 Baillie, Lady Grisell (1822–1891), Church of Scotland deaconess, was born on 4 April 1822 at Mellerstain, near Kelso, the youngest of the eleven children of George Baillie (1763–1841) of Jerviswoode, MP for Berwickshire, and his wife, Mary, the youngest daughter of Sir James Pringle, bt, of Stichill. She had six brothers and four sisters. The Baillie family was well established in church life. George Baillie was descended from Robert Baillie the covenanter, whose great-grandfather was John Knox. Grisell was named after her great-great-grandmother, a heroine of the covenanting period.

After her father's death in 1841 the nineteen-year old Grisell Baillie was the only member of the family remaining at home with her widowed mother. In 1842 they moved from Mellerstain to Eildon Hall, and at the end of 1848 Grisell Baillie ‘confessed Christ’. In 1849 her fourth brother, Major Robert Baillie, also underwent a religious conversion, and left the army to live with his mother and sister: he and his sister became increasingly close. In 1858 her eldest brother, George, inherited the title and estates of his cousin, Thomas Hamilton, earl of Haddington. Courtesy titles were bestowed on the family at this time by Queen Victoria.

Mary Baillie died on 13 August 1865, having been nursed faithfully by Lady Grisell. They had moved from Eildon Hall, firstly to Maxpoffle in 1859, and then to Dryburgh Abbey House in 1864 (not to be confused with nearby Dryburgh House, the residence of Lord Jerviswoode, Lady Grisell Baillie's second brother). Shortly before Mary Baillie's death, her fifth son, Admiral the Hon. Thomas Baillie, retired and came to live with them, sharing a life of prayer, Bible study, and philanthropy.

In 1854 Major Robert Baillie had become an elder at Bowden kirk, where the minister, Dr James Mackenzie Allardyce, was a great influence. Lady Grisell Baillie continued her philanthropic work, which included providing a water supply for the village of Newtown St Boswells and rebuilding the bridge over the Tweed at Mertoun, which had been badly damaged in a storm in 1840. She embraced the temperance movement, foreign missions, the YWCA, Sunday school, and young women's meetings. Both she and the major were greatly loved, and were described as 'constant companions [who] walked with God and with each other in saintly lives of Christian service'. The major's death in August 1888, after a short illness, dealt a crushing blow to his sister.

This was a period of revival in the Church of Scotland, one of the leaders being Professor Archibald Hamilton Charteris. In 1869 he had proposed, and Major Baillie had seconded, a motion establishing the Christian Life and Work Committee. In 1885 Charteris put the question of women's work to the general assembly. While preparing for his 1887 Baird lectures Charteris visited the deaconess community at Kaiserwerth which had inspired the revival of women's work within the church in many countries. In 1887 he laid before the general assembly his plan for a women's guild, to consist of the guild itself, ‘women workers’ in the congregations, and an order of deaconesses. The middle grade came to nothing, but the guild and the deaconesses were sanctioned by the general assembly. Charteris favoured ordination, but others feared it would put the deaconess above the elder, and so in 1888 the general assembly resolved that deaconesses should simply be ‘set apart’ by the local kirk session.

Lady Grisell Baillie, the first deaconess of the Church of Scotland, was solemnly set apart in her sixty-seventh year on Sunday 9 December 1888 in Bowden kirk, in the presence of her brother, Admiral Baillie, and just over three months after the death of the major. The service was conducted by Dr Allardyce. The congregation of Bowden kirk viewed her new role as a continuation of that of her late brother. Admiral Baillie died on 31 July 1889, and in 1890 Lady Grisell Baillie moved across the Tweed to The Holmes, just south of Newtown St Boswells, but still on the Dryburgh estate. Her ministry continued in the same vein as hitherto—Sunday school teaching, prayer and Bible study groups, mothers' meetings, and philanthropy. In November 1891 the Women's Guild held its first conference in Edinburgh and Lady Grisell Baillie, as president, took the chair. She delivered the opening address (her first experience of public speaking), and her message was 'Go, work today in my vineyard'. A fortnight later she succumbed to influenza and died on 20 December at her home. She was buried in the family mausoleum on the Mellerstain estate on 24 December 1891. A memorial tablet to Major Robert and Lady Grisell Baillie was placed in Bowden kirk. In Edinburgh the Lady Grisell Baillie Memorial Deaconess Hospital was opened on 11 October 1894 to care for the sick poor and to train women as deaconesses and for other ministries.