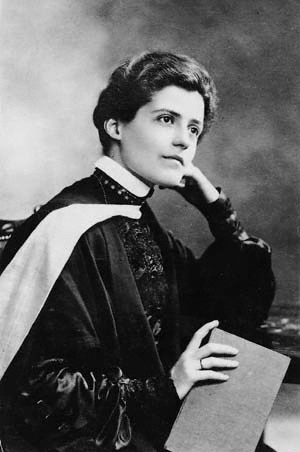 Petzold, Gertrude von (1876–1952), Unitarian minister and public lecturer, was born in Thorn, East Prussia, of aristocratic ancestry. Her father was an officer in the Prussian army, while her mother instructed her thoroughly in the Lutheran catechism. After teacher training at a seminary, she soon became impatient of the limited opportunities afforded to women in Germany, and at the same time grew increasingly critical of the literal interpretation of Lutheran dogma. Not yet twenty, she made her way first to St Andrews University in Scotland (1895–7), then to Edinburgh University, where she spent four years, and thence in 1901 to Manchester College, Oxford, where she became the first woman to train for the ministry in England, and so qualified in 1904.

In order to pursue her vocation, von Petzold needed a church both sufficiently liberal in its theological stance and willing to accept a woman as its minister. The Free Christian (Unitarian) church in Leicester was to fulfil this role when—in competition with seven male candidates—the church's 150 members, determined to rise above convention, invited her unanimously to their pulpit. R. A. Armstrong wrote in The Inquirer (10 September 1904): 'We recognize the courage of her who tonight breaks a perverse and mischievous tradition'; while Joseph Wood at her induction as the first woman minister in England wondered if women might not have special qualities for ministry, 'considering that there were some 100,000 sermons delivered every Sunday by men' (The Inquirer, 8 Oct 1904).

Eloquent in the pulpit and on many a suffragist platform, von Petzold became a cause célèbre and her photo was sold on the streets of Leicester. She visited Berlin in 1906, lecturing on liberal Christianity, and conducted a German service in the American church there, the first woman ever to do so in Berlin. In 1907 she was the only European woman delegate to attend the Fourth International Congress of Religious Liberals in Boston, and in a lecture which outlined the role of women in the early Christian church she argued powerfully that in the twentieth century women's right to prophesy and minister should be restored.

In 1908 Gertrude von Petzold left Leicester for the United States and allied herself to a group of radical Unitarian women ministers working in Iowa and Illinois; she deputized for the Revd Mary Safford as chaplain in the state legislature in Des Moines. On returning to England in 1910, she became minister at Small Heath in Birmingham, where she declared her conviction 'There is no work in the world, except perhaps the slaughtering of other people, that a woman cannot do as efficiently as a man if she is given the same training and opportunity' (Christian Life, 7 Jan 1911). She attracted large congregations and was much in demand as a speaker: notably at King's Weigh House Church in London, where she lectured on Luther, Calvin, and Wycliffe; and in 1911, on another visit to Germany, when she preached at the Lutheran church in Bremen and at the Swiss Reformed churches in Zürich and Basel, speaking generally on the ministry of women. In England R. J. Campbell, proponent of the New Theology, thought her 'one of the most brilliant women speakers of the day, a scholar of repute' (newsletter of Macclesfield Congregational Church, 1911). She freely associated with religious liberals of all denominations and stated that she was keen to unite 'Trinitarians, Unitarians, Baptists, Methodists, Swedenborgians, Churchmen, Agnostics and avowed Atheists'. Unitarians, she thought, were sometimes too conservative!

By now the First World War was in progress and von Petzold's application for naturalization had lapsed because of her time in America. Despite the support of civic leaders in Leicester and Birmingham both for her and 'her friend and helper' Rosa Widmann, her application and Rosa's were turned down and they had to return to Germany. Here, at length (1917), she became pastor of the Free Evangelical congregations in Königsberg and Tilsit—the only free churches in East Prussia—before taking a PhD and becoming a lecturer in English at Frankfurt University.

As a committed internationalist von Petzold promoted Anglo-German relations whenever possible, even in the first year of the First World War before she was deported, and anti-German feeling resulted in arson at the Small Heath church. Between the wars she made several trips to England motivated by the desire for reconciliation. And soon after the Second World War she wrote an article for The Inquirer (9 August 1947) entitled 'English refugees in Germany', having observed among the bombed ruins of Frankfurt the shell of the Weissfrauenkirche, which in the sixteenth century had sheltered a congregation of English refugees of the reformed faith who had fled persecution in the reign of Mary Tudor and had found there 'a large-minded benevolence and understanding which would never be wiped out of the hearts of the English people' (Christian Register, Sept 1952)—a silver goblet presented by the English community in 1558 still testifies to the fact. Gertude von Petzold saw it as a significant reminder of the deep-rooted associations between England and Germany. Her large sympathies remained clear at the time of her death in 1952, when she was devoting her energies to the cause of refugees then flocking into West Germany from eastern Europe. She died at Bad Homberg, near Frankfurt, West Germany, on 14 March 1952.

Gertude von Petzold's involvement as a woman in liberal religious developments in Britain, Germany, and America in the first half of the twentieth century, and in the women's movement, especially with regard to suffrage, earns her a niche of no little significance and interest.