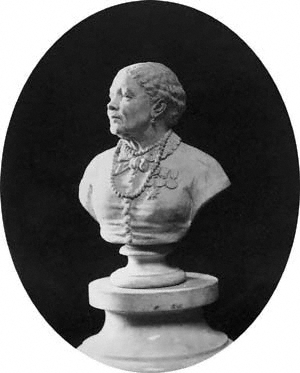 Seacole [née Grant], Mary Jane (1805–1881), nurse, was born Mary Jane Grant in Kingston, Jamaica, one of at least two daughters and one son of a Scottish soldier and the mixed-race proprietress of a boarding-house for officers and their families. Much of Mary Grant's early life remains obscure; from her mother she acquired nursing skills and an understanding of the Creole medical tradition, based on herbal treatment, and she is known to have made two voyages to London in the early 1820s. On 10 November 1836 she married, in Kingston, one of her mother's resident guests, Edwin Horatio Seacole, a godson of Lord Nelson, but she was soon widowed. With her sister, Louisa, she ran the family boarding-house for several years, supervising its reconstruction after Kingston's great fire in 1843. She nursed cases of cholera and yellow fever in Jamaica and at Las Cruces in Panama where, for more than two years, she helped her brother manage a hotel. On returning to Jamaica she was briefly nursing superintendent at Up-Park military camp.

The coming of war with Russia in 1854 prompted Mary Seacole to sail to England, but when she tried to join Florence Nightingale's vanguard of nursing sisters she met a rebuff. At her own expense she took ship to the Crimea, arriving in February 1855 at Balaklava, where her husband's kinsman, Thomas Day, was employed on shipping business. By late April ‘Seacole and Day’ had opened the British Hotel, near the village of Kadikoi, halfway between the harbour and British headquarters. The hotel housed an officers' club and a good, clean canteen for the troops. While Thomas Day remained at Balaklava, Mrs Seacole managed its facilities. Her independent status ensured a freedom of movement denied the formal nursing service; by June she was a familiar figure at the battle-front, riding forward with two mules in attendance, one carrying medicaments and the other food and wine. She brought medical comfort to the maimed and dying after the assault on the Redan, in which a quarter of the British force was killed or wounded, and she tended Italian, French, and Russian casualties at the Chernaya two months later. Yet, on the day after the Chernaya battle, she could supply 'a capital lunch on the ground' for a cricket match between the guards division and other regiments (Astley, 268). When allied troops entered Sevastopol on 9 September Mrs Seacole obtained a special pass to go forward with her mule-train, becoming the first woman to enter the burning city: 'Every step had a score of dangers', she later wrote, 'and yet curiosity and excitement carried us on and on. I was often stopped to give refreshments to officers and men, who had been fasting for hours' (Seacole, 210).

Mary Seacole remained in the Crimea until July 1856. By then she was in financial difficulties, for the armistice found her and Day with surplus stocks of food and equipment, and outstanding bills to pay. On returning to England she opened a canteen at Aldershot, a venture that failed through lack of funds. By November she was bankrupt. From July 1855, however, William Howard Russell and other war correspondents had made her name familiar to British newspaper readers, and both The Times and Punch supported appeals to reimburse Mary Seacole for her losses in the Crimea. She was encouraged to write an autobiography, published by Blackwood in July 1857 as the Wonderful Adventures of Mrs Seacole in Many Lands: it sold well. Her disinterested services to 'the Army, Navy and British Nation' were recognized by a Seacole fund, approved by the queen and under the patronage of the prince of Wales and two royal dukes. She survived in some comfort until 14 May 1881, when she died of 'apoplexy', at her home, 3 Cambridge Street, Paddington. Her grave at Kensal Green Roman Catholic cemetery, reconsecrated on the initiative of Jamaican nurses in 1973, honours her 'care for the sick and wounded in the West Indies, Panama and on the battlefields of the Crimea'.