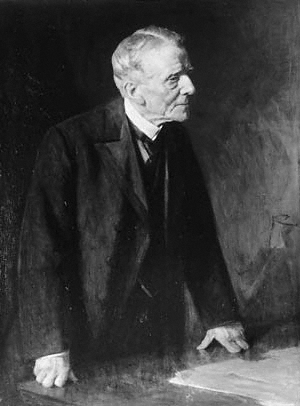 Littlejohn, Sir Henry Duncan (1826–1914), medical officer of health and expert in forensic medicine, was born on 8 May 1826 at the family home, 33 Leith Street, Edinburgh, the seventh of the nine children of Thomas Littlejohn, master baker and a burgess of Edinburgh, and his wife, Isabella Duncan, daughter of Henry Duncan, merchant of Edinburgh. He received a general education at Perth Academy and then attended Edinburgh high school from 1838 until 1841, after which he entered upon the study of medicine; he graduated MD at Edinburgh University in 1847, and in the same year became a licentiate of the Royal College of Surgeons of Edinburgh. His postgraduate training included a period as house surgeon at Edinburgh Royal Infirmary (1847–8) and then a year spent in Paris, Vienna, and Berlin, with his lifelong friend John Smith, founder of the Edinburgh Dental Dispensary. Littlejohn then returned to the Edinburgh Royal Infirmary as assistant pathologist. There followed a brief spell of general practice in Selkirk, specializing in obstetrics, until he returned to Edinburgh in 1853. He took his examinations for the fellowship of the Royal College of Surgeons in 1854.

Littlejohn is acclaimed equally by historians both of public health and of legal medicine. Certainly his role in public health is more evident, owing perhaps to the larger number of published reports and articles. Nevertheless, his career began and ended in forensic medicine, running concurrently with his employment in public health. In August 1854 he was elected by Edinburgh town council to the part-time salaried position of police surgeon in place of Dr George Glover, who had been dismissed owing to his overzealous pursuit of public health infractions. Ironically, Littlejohn himself was destined to become one of Scotland's leading sanitarians. By coincidence he was related to the then lord provost of Edinburgh, a fact commented upon by Littlejohn's rivals.

Littlejohn's medico-legal career began with appearances in the summary courts immediately following his appointment as police surgeon. His high-court career began in 1855, when he appeared in a variety of criminal cases, including culpable homicide resulting from a railway accident with twenty deaths, an assault with intent to ravish, a wife murder, and three cases of child murder. In one of the last category, the drowning of a newborn child in Duddingston Loch by the mother, Littlejohn's cogent medical report drew a note of commendation from the bench which assured his rise.

By 1858 Littlejohn was appearing as a crown medical examiner in the Edinburgh justiciary courts. In 1856 he began lecturing on forensic medicine at Surgeons' Hall, the extramural school at which he had attended undergraduate classes. Perhaps spurred by Littlejohn's medico-legal ability, the Board of Supervision for the relief of the poor (all of whose members were lawyers), the central Scottish public health authority, first appointed under the 1856 Nuisance Removal (Scotland) Act, commissioned Littlejohn in 1859 to investigate the sanitary condition of Wick; it was the board's first report under the act. The accuracy of this and subsequent reports earned Littlejohn the permanent salaried post of medical adviser to the board in 1873.

In 1862 Littlejohn was also appointed as Edinburgh's first medical officer of health, under the terms of the 1862 General Police Act (Scotland). Thus he simultaneously filled no less than five part-time posts in public and legal medicine. He had no private practice and derived his income from two sources: the permanent salaried posts of Edinburgh's medical officer of health and police surgeon, and medical adviser to the Board of Supervision; he also received fees obtained from the posts of extramural lecturer and crown medical examiner.

In 1855 the Edinburgh Medical Journal was launched to replace the Edinburgh Medical and Surgical Journal and the Edinburgh Monthly Journal of Medical Science, and Littlejohn became its first editor. He remained in the post until 1860. During that time and throughout his career he used the Journal to report interesting forensic cases, to air medico-legal differences with colleagues, and to publish texts of his extramural lectures. He found no time, however, to write a textbook similar to John Glaister's Text-Book of Medical Jurisprudence and Toxicology and Public Health (1902).

Littlejohn's cases included deaths by firearms, poisoning, stabbing, and strangling. Like Glaister he considered himself a medical detective, who used fingerprints, bite marks, and photography as evidence to solve criminal mysteries. He became an expert in all theatres of death, appearing in more than a hundred capital charges and many culpable homicide and assault cases. He shared the limelight with Douglas Maclagan in the notorious poisoning cases of Dr Pritchard, for the murder of his wife and mother-in-law (Glasgow, 1865), and of Eugene Marie Chantrelle, for the murder of his wife (Edinburgh, 1878). In 1893 Littlejohn gave crown medical evidence during the trial of Arthur Monson for the murder, by shooting, of his aristocratic pupil Cecil Hamborough, with Matthew Hay giving evidence for the defence.

Littlejohn lectured without notes, using his accumulating forensic cases and skills to illustrate his lectures. His extramural lecture course was extremely well attended, at times attracting more than 250 students, possibly to the detriment of Douglas Maclagan's university course. Littlejohn counted some of the foremost future medical figures among his students, including Joseph Bell, thought to be model for Conan Doyle's master sleuth, Sherlock Holmes. Littlejohn himself has been described as providing the author with authentic High Court examples.

In 1897, at the age of seventy-one, Littlejohn succeeded to the Edinburgh chair of forensic medicine and public health, on the retirement of Sir Douglas Maclagan. Taking the opportunity provided by the changeover, Edinburgh University recognized the growing importance of public health and established a separate, endowed, chair of public health; Littlejohn therefore became professor solely of forensic medicine. He retired from the chair in 1906 and was succeeded by his only son, Harvey Littlejohn. In 1907 Littlejohn senior was presented with his portrait by Sir George Reid at a packed ceremony in Surgeons' Hall.

In sanitary matters Littlejohn did much to prod the social conscience of ratepayers and local councils to further the improvement of Scottish public health in general and of Edinburgh in particular. His services to the Board of Supervision and the Local Government Board are charted in their annual reports. Littlejohn's Report on the Sanitary Condition of Edinburgh (1865) pinpointed the capital's sanitary inadequacies and their sequelae, which led to a death rate of 24 per thousand: this had reduced to 14 per thousand by 1908, when Littlejohn retired as medical officer of health. He was deeply involved with William Chambers in the building of Victorian Edinburgh and in the provision of a municipal fever hospital. In strictly medical matters Littlejohn invoked the wrath of most of the local profession during his campaign for compulsory notification of infectious diseases, accomplished in clause 208 of the 1879 Edinburgh Municipal Police Act. Significantly, the clause placed the onus of notification squarely on the shoulders of the attending doctor rather than the householder. Scotland achieved compulsory notification of infectious diseases under the 1897 Public Health (Scotland) Act.

Littlejohn was elected president of the Royal College of Surgeons of Edinburgh in 1875, and from 1883 until 1885 he was president of the Edinburgh Medico-Chirurgical Society. The University of Edinburgh conferred upon him its honorary degree of LLD in 1893 and he was president of the Royal Institute of Public Health in the same year. He was knighted in 1895. Littlejohn's interests were many. He was an unpaid director of the Sick Children's Hospital, manager of the Edinburgh Royal Infirmary, and chairman of the Scottish Society for the Prevention of Cruelty to Children and of other medical and charitable institutions. He was also a founder member of the Scottish Burial Reform and Cremation Society in 1888.

A ‘well-kent’ Edinburgh figure in his frock coat and top hat, Littlejohn enjoyed being seen to board moving tram cars, whose drivers knew not to stop. He was an elder of St Giles's Church and attended daily services there, and was once mistaken for an official guide, whose task he duly performed before being recognized, much to his chagrin, by a passing colleague. A glimpse of Littlejohn's pawky humour is caught in his story that although he had been rejected for life insurance by three medical referees, it had been his doleful duty to attend the funerals of all three doctors. Littlejohn was married to Isabella Jane, daughter of H. Harvey; she predeceased him. In addition to their son they had at least one daughter. A medical giant who bestrode Edinburgh public life for half a century, Littlejohn died at his country house, Benreoch, Arrochar, Dunbartonshire, on 30 September 1914. He was cremated at the Glasgow crematorium and his ashes were then taken to the Dean cemetery, Edinburgh.