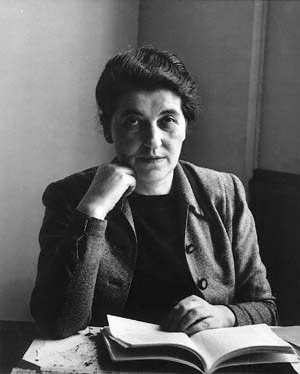 Sutherland, Mary Elizabeth (1895–1972), political organizer, was born on 30 November 1895 at Burnhead, Banchory-Ternan, some miles up the River Dee from Aberdeen. She was the second child and only daughter of Alexander Sutherland and Jessie (d. 1911), née Henderson. She had one younger brother. Her father was a farmworker and later a crofter at Nether Anguston, Peterculter, a few miles from Mary's birthplace. Here she grew up. She attended the local parish school, then won a bursary to the Girls' High School in Aberdeen. During her last years at school her mother was very ill with pulmonary tuberculosis and Mary had to combine schooling with assisting with nursing and housekeeping, travelling to Aberdeen daily. Her mother died in 1911. Her father was a radical, and she later wrote that her parish minister preached socialist sermons and that while still at school she 'found she was a Socialist' (Clarion, 6 June 1934).

Sutherland won a bursary to Aberdeen University in 1913. Initially she intended to take only an ordinary degree, but she won another bursary which enabled her to stay for a fourth year to take an honours MA in history. She graduated in 1917 and in the following year qualified as a teacher at Aberdeen Training College, where she helped to organize the trainee teachers who were demanding a minimum salary. She then taught for a year at Aberdeen Girls' High School.

From 1919 to 1920 Sutherland was assistant secretary to the departmental committee on women in agriculture in Scotland, and from February 1920 to November 1922 organizer for the Scottish Farm Servants' Union, founded in 1913. She travelled widely in Scotland, paying particular attention to the unionizing of women workers in agriculture. In 1922 she was a delegate to the meeting of the International Federation of Landworkers in Vienna. She edited her union's journal, the Scottish Farm Servant, and was also vice-chair of the Stirling Trades and Labour Council (1921–2). From January 1923 to January 1924 she was sub-editor on the weekly Forward, which gave extended coverage to Scottish Independent Labour Party matters.

In 1924 Mary Sutherland was appointed Labour Party women's organizer for Scotland, a position she held until 1932; she then became the national Labour Party chief woman officer, following the death of Dr Marion Phillips. This entailed advising and supervising women's sections of local Labour Party branches, arranging the annual women's conference of the Labour Party, and editing the monthly journal Labour Woman. Throughout her career as chief woman officer she was secretary to the standing joint committee of industrial women's organizations (SJC, from 1941 the national joint committee of working women's organizations, NJC), whose members were representatives of the trade unions and the Co-operative Women's Guild as well as of the Labour Party. It campaigned and advised the national executive committee of the Labour Party on matters affecting women. In the 1930s these included factory legislation, family allowances, improved social services, especially for children, and a successful campaign for free school milk and the extension of free school meals. The SJC also supported the Indian nationalist movement and the extension of the franchise to Indian women. From 1934 to 1938, on behalf of the SJC and the International Council of Social Democratic Women, Mary Sutherland campaigned for the release in the USSR of the dissident Russian socialist Eva Broido. The failure of this campaign deepened Sutherland's hostility to communism and all left-wing extremism. From 1932 to 1939 she represented women in the British labour movement on the women's committee of the Labour and Socialist International.

During the Second World War Sutherland was a member of the Women's Consultative Committee which advised Ernest Bevin, the minister of labour, on matters affecting women workers. She was also a member of a Labour Party anti-German group, which argued that no German, even a Social Democrat, could ever again be entrusted with power. During and after the war she personally assisted refugees of various nationalities. At the end of the war she was active in the Fabian Women's Group while it was preparing its evidence to the royal commission on equal pay (1945–6), which she strongly favoured; the evidence stressed what little progress had been made in the previous thirty years. She was also active in an unsuccessful NJC campaign to stop the closure of wartime nurseries for young children.

In 1946 the Labour Party established the National Institute of Houseworkers to raise the status of domestic employment by training women who would become domestic workers in institutions such as hospitals and local authority home helps. Mary Sutherland was an active member of its board of directors during 1946–66 and believed strongly in the need to raise the status of domestic work. From 1947 to 1952 she was British representative on the United Nations Commission on the Status of Women. She stressed the importance of this commission to the International Council of Social Democratic Women, of which she was a member from 1955 and chair during 1959–61. She enjoyed travelling abroad and had many friends among women socialists in other countries. She supported British entry to the EEC. She opposed the Campaign for Nuclear Disarmament, which she regarded as left wing. In 1949 she was appointed CBE.

Sutherland retired as chief woman officer in December 1960. She received a less than effusive message of thanks at her last party conference in office, in October 1960, moved by Bessie Braddock MP, who pointed out that the tribute was needed because 'our Party would not exist at all if it were not for the valiant band of women supporters of the Party who do the work when everybody else is sometimes doing a lot of talking' (Labour Party Conference Report, 248). Sutherland had similarly defended the women's sections of the party to the Women's Annual Conference in 1946 against 'a number of quaint notions of critics, who know nothing about their work, the idea for example that a Women's Section was a place where they went to drink tea!' Sutherland continued to be on the Women's Consultative Committee of the Ministry of Labour until 1965. Thereafter she retired from public life.

Throughout her career Mary Sutherland fought to improve the conditions of women, whether they worked for pay or worked unpaid in the home, and those of children. According to Dame Margaret Cole 'all who worked with her in one capacity or another … retain a clear recollection of a vivid and warm though certainly not an uncritical personality'. She went on to recall the entertainment provided by Mary's stories, told in her native lowland Scots, even when her audiences sometimes failed to catch the full meaning of her broad Doric—'for she had a strong sense of humour' (The Times, 26 Oct 1972). A close Labour Party colleague, however, described her as 'moody to a serious degree', but at other times 'delightful' (DLB, 248). She was perhaps depressive, at least later in her career, and lonely in the male-dominated Labour Party headquarters. She was an excellent administrator and organizer, and was supportive of, and well regarded by, the women party organizers whom she supervised.

Sutherland wrote effectively, but in later life her public speaking was marred by a speech impediment which had not been evident when she was younger. She read widely. She did not marry. She lived in a succession of London flats, first in Highgate, then in West Kensington, then in Dolphin Square. The flats were always decorated in dark colours and she habitually dressed in brown. She loved London, but she suffered a stroke, followed by a traffic accident; hence she returned to Scotland to be near relatives. She spent her last years in another flat in the new town of East Kilbride near Glasgow. She died intestate, following a second stroke on 19 October 1972, at Hairmyres Hospital in East Kilbride. Her many books were divided between a local secondary school and Strathclyde University, but her papers were destroyed by her nephew; it is unknown whether this was at her request.