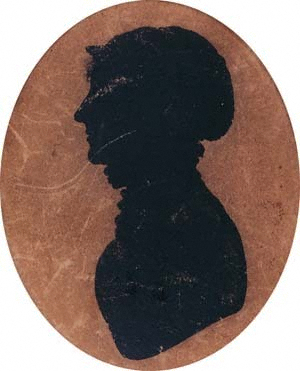 Wordsworth, Dorothy (1771–1855), writer, was born on 25 December 1771 in Cockermouth, Cumberland, the third among the five children and the only daughter of John Wordsworth (1741–1783), attorney, of Cockermouth, and his wife, Ann (1747–1778), daughter of William Cookson, linen draper, of Penrith. She was the sister of William Wordsworth (1770–1850) and Christopher Wordsworth (1774–1846). She was educated at a boarding-school in Hipperholme, near Halifax, and then at a day school in the same town. But personal circumstances were much more important than formal education in shaping her life and disposition. Her mother died in 1778, her father in 1783, and she grew up, happily or otherwise, with a succession of relatives at Halifax, Penrith, and Forncett rectory, near Norwich, home of her uncle William Cookson. There she helped with parish work and ran a Sunday school under the eye of Cookson's college friend William Wilberforce, whom she met again at Rydal many years later. When her uncle was installed as a canon of Windsor (1792), she went to stay there with the family. It was her sole introduction to fashionable society. She was eventually reunited with William at Windy Brow, Keswick, in 1794, and thereafter she devoted her life to looking after him, reviving his poetic powers and love of nature after his withdrawal from the French Revolution. 'She, in the midst of all, preserved me still / a Poet', Wordsworth later recalled in The Prelude (1805 edn, x.919–20). In 1795, with the help of a legacy from Raisley Calvert, they set up house together at Racedown Lodge, Dorset. Two years later they moved to Alfoxden House on the Quantock Hills in Somerset, in order to be near Coleridge at Nether Stowey, and there she met Charles Lamb and William Hazlitt. Her taste in landscape (like 'a perfect electrometer', according to Coleridge) is revealed for the first time in her 'Alfoxden journal' (1798), where the interplay between her impersonal records of the sights and sounds of nature and the poems of Wordsworth and Coleridge is already apparent. It was the first fruit of the creative partnership between brother and sister which is celebrated at the climax of Wordsworth's 'Tintern Abbey' during their tour of the Wye.

Dorothy Wordsworth's hopes for their return to the Lake District were finally realized 'home at Grasmere' in 1799, in the workaday setting of Dove Cottage, where they were soon joined by the Coleridges, Robert Southey and his wife, and later Thomas De Quincey. After William's marriage to Mary Hutchinson in 1802, Dorothy remained an indispensable member of his household, enduring the death of the 'sailor brother' John in the wreck of the Abergavenny (1805), and the loss of her investment in its cargo, which deprived her of financial independence. Further troubles followed, including the breach with Coleridge in 1810 while the family was living at Allan Bank, and in 1812 the death of two of William's children after the move to the rectory, while the parents were absent. But amid the vicissitudes of family life, Dorothy stayed true to her deepest instincts, proving that her role as transcriber of his poems, housekeeper, and devoted aunt to his children was not incompatible with her own imaginative life. The 'Grasmere journal' (1800–03) mingles William's poetry with the comings and goings of a rural society, joining the sublime to the matter-of-fact, and reveals her intense response to the seasonal appearances of nature, and the life of beggars and wayfarers on the open road whose circumstances were unchanging. She always directs attention away from herself to her surroundings. Her human sympathies are perhaps best reflected in her narrative of the deaths of George and Sarah Green in a snowstorm, written to raise money for the orphans (1808, published 1928).

When the family moved to Rydal Mount (1813), Dorothy's pursuits remained largely unchanged, and she shared her brother's growing circle of friends and visitors. She cultivated lasting friendships through her correspondence, which mirrors the conditions under which the lake poets worked; her natural and unaffected letters, which reveal her personality more directly than her Journals, played an indispensable part in holding the wider Wordsworth circle together. Particularly dear to her were her schoolfriend Jane Pollard, who married John Marshall, the Leeds industrialist, and Catherine Clarkson, wife of the abolitionist Thomas Clarkson, of Playford Hall, Ipswich. She stayed with both families from time to time. A later friend was Henry Crabb Robinson, whose Rydal diaries chart the course of her physical and mental decline. The generosity of spirit that invariably shines through her letters seemed to mark all her human contacts.

The Journals describe many of Dorothy Wordsworth's travels. A winter at Hamburg and Goslar in Germany (1798–9), an excursion to Calais during the peace of Amiens to visit Annette Vallon and William's ‘French’ daughter Caroline in 1802, and in 1820 a continental tour to Switzerland and the Italian lakes after the Napoleonic wars, comprised her journeys abroad with her brother. She visited Scotland twice, in 1803 and 1822, the first time in his and Coleridge's company, when they passed some days with Sir Walter Scott. Her 'Recollections' of the tour, which form her most ambitious piece of writing, are best read alongside William's 'Memorials' of the same journey. She also visited the Isle of Man on her own in 1828. But she was happiest among her ‘Hutchinson’ relatives in the Welsh border country; at Coleorton, the estate of Sir George Beaumont in Leicestershire in 1806–7 and thereafter, where she returned to keep house for her nephew John Wordsworth, at Whitwick rectory (1828–9); or with Christopher at Cambridge, where she held her own in academic society. Her tastes were easily satisfied, and a walk under the stars, an excursion over the fells, or a coach ride by moonlight furnished her mind with unforgettable impressions. As De Quincey wrote, 'She was content to be ignorant of many things, but what she knew and had really mastered lay where it could not be disturbed—in the temple of her own most fervid heart' (De Quincey, 239).

Dorothy Wordsworth found fulfilment in ways which elude precise analysis. Onlookers were impressed by the vivid presence of the poet's 'exquisite' sister, as Coleridge called her, but she had few views or wishes of her own, being content to follow her brother's lead in literary, political, and religious matters. Her few poems are unremarkable, though William thought five of them good enough to be included in his own volumes. But in her Journals, unpublished in her lifetime and unknown outside her own circle, she found a unique outlet for her genius without competing with the writers who surrounded her. She had no desire to set herself up as an author, and seemed relieved when Samuel Rogers failed to secure publication of her Scottish 'Recollections'. 'I have not those powers which Coleridge thinks I have', she protested to Lady Beaumont, 'My only merits are my devotedness to those I love, and I hope a charity towards all mankind.' (Letters of William and Dorothy Wordsworth, 1.525).

In 1835, after several years of illness, Dorothy Wordsworth succumbed to a form of pre-senile dementia with only rare moments of remission, during which she resumed her journal; for the last two decades of her life she was confined to the house and terrace of Rydal Mount. No likeness of Dorothy Wordsworth in her prime has survived. Neither the early silhouette at Dove Cottage nor the much later portrait at Rydal Mount (1833) gives any hint of the 'wild eyes' and impulsive nature glimpsed by De Quincey, or the paradox which her personal appearance had originally presented to Coleridge: 'if you expected to see a pretty woman, you would think her ordinary—if you expected to find an ordinary woman, you would think her pretty!' (Collected Letters, ed. Griggs, 1.330). She died on 25 January 1855 in the care of her sister-in-law, surviving William by five years, and was buried beside him in Grasmere churchyard on 31 January.

Dorothy Wordsworth's life was comparatively uneventful and she never married, finding her true self in devotion to others and in the 'appropriate form' of her Journals and letters. No other observer was so close to Wordsworth and Samuel Taylor Coleridge during their most productive years together at Alfoxden and Grasmere; and no one else had such an eye for the landscapes which inspired them, or could provide them with living materials for poetry out of her own observations. Coleridge is reported to have said that they were three persons, but one soul.

Although De Quincey believed that Dorothy Wordsworth was worthy of a biographical memoir in her own right, she was largely overshadowed by her more famous brother. A separate account of her own achievements, and of her intangible contribution to William's visionary world seemed almost impossible, and she was not accorded her own entry in the Dictionary of National Biography. It was only after her Journals and Letters were progressively published in complete editions in the twentieth century that she was taken seriously as a woman writer and as a notable figure in the English Romantic movement. In the later twentieth century feminist critics opened up new lines of enquiry into her work, but in the longer term it seems unlikely that any one approach will fully explain the elusive nature of her genius, or the fascination it continues to exert on her readers.