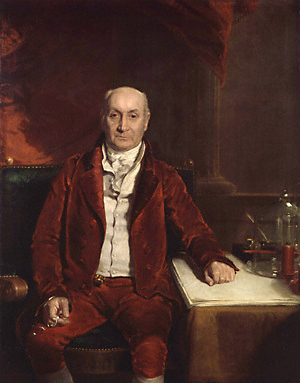 Sadler first released a 36 foot hydrogen balloon in Oxford, probably from the St Clement's residence of John Sibthorp, on 9 February 1784. On 4 October 1784 he made the first ascent by any English aeronaut with a 170 foot hot-air balloon he had constructed himself. He rose from Oxford to a height of 3600 feet, landing 6 miles away after a half-hour flight. The most remarkable aspect of Sadler's ballooning was that he was 'sole projector, architect, workman and chymist' in all his experiments (Cavallo, 176–7). In May 1785 he ascended with the statesman William Windham. A letter written soon afterwards noted that Sadler, 'a prodigy[,] … is oppressed, to the disgrace of the University … from pique and jealousy of his superior science' (Hodgson, History, 148).

Although Sadler abandoned ballooning for some years after this, he continued with other experiments and about 1785 was one of the first to use coal gas as an illuminant. By 1786 he was experimenting with driving wheeled carriages by steam engine. This brought early hostility from Boulton and Watt in Birmingham, who claimed a monopoly of such use. From about 1788 to 1790 Sadler was technical operator in the chemical laboratory at Oxford University. Whether he had held this post earlier (and thus whether his aeronautics were with or without the help of the university) is unknown. In 1789 and 1790 he gave public performances 'of philosophical fire-works' in Oxford town hall. A contemporary called him 'a clever, practical, and experimental manipulator in chemistry and as such … patronised … by the few scientific men then at the University' (Cox, 3).

From 1788 Sadler was closely involved with Thomas Beddoes, reader at Oxford University, who in April 1791 described his 'very valuable assortment of chemical apparatus … constructed by a pastry cook of this place, a perfect prodigy in mechanics' (Beddoes to Joseph Black, 15 April 1791, Edinburgh University Library). Beddoes and his friend William Reynolds encouraged Sadler to experiment further with his steam engine which, as it did not condense in the cylinder, laid it open to claims of infringement from Boulton and Watt. It worked at a pressure of 19 pounds per square inch and was self-contained and direct acting. Several Sadler engines were built and erected at Coalbrookdale, Shropshire, and in London from 1792 to 1799, despite threats of prosecution from Boulton and Watt from 1791. Because of these threats, Sadler's only patent (no. 1812 of June 1791) was for another, quite different, steam turbine.

Beddoes finally left Oxford in 1793. Sadler had intended to accompany Sir George Staunton as engineer to the Macartney embassy to China, but went with Staunton only to Italy in search of Chinese interpreters in 1792. Sadler's friend the Revd Dr Henry Peter Stacy was not appointed as Beddoes's replacement at Oxford as they both hoped, but was later involved with Sadler in gun boring experiments in London. In 1793 Beddoes sent Sadler to London to set up his Pneumatic Institution, but Bristol was soon chosen instead.

Sadler's technical skills were next put to use as barracks master at Portsmouth, at an annual salary of £300 in 1795. In 1796 he was appointed chemist to the board of naval works in London, at £400 a year. His first wife probably died in or after 1791; he settled in Pimlico, where his second wife, Martha Hancock, whom he had married on 24 October 1795 in the church of St Augustine the Less, Bristol, bore him (William) Windham Sadler (1796–1824) in October 1796. Sadler also started a mineral water factory near Golden Square. In 1799 he erected the Admiralty's first steam engine at Portsmouth, having been from 1796 much involved in improving naval ordnance. Sadler researched copper sheathing of ships (with Humphry Davy), distillation of sea water, seasoning of timber, and gunpowder combustion, and constructed air-pumps, signal lights, and apparatus for disengaging oxygen. Outside his naval work Sadler tried to improve alum making. He was elected a life subscriber to the Royal Institution in 1799.

Sadler's relationship with the inspector-general of the naval board, Samuel Bentham, was not happy. Sadler had had to build his own laboratory and by 1802 Bentham noted that he had in very few cases applied to Sadler, who thereafter disappeared from naval records. But Sadler continued in post, under great difficulties, until 1809, when he was dismissed without compensation and left deep in debt.

Sadler resumed aeronautics professionally in 1810 aged fifty-seven, soon using his balloon trademark to sell soda water. He was joined by his son John until 1814 and, from 1813, his youngest son, Windham. By 1815 Sadler had achieved his forty-seventh ascent. His ascents thereafter are impossible to distinguish from those of his youngest son. His second wife having died, on 3 April 1824 Sadler was nominated brother of the London Charterhouse by the king. These were gentlemen in decayed circumstances who received a civil resident pension. Sadler lived in the Charterhouse from the second quarter of 1824 to the end of 1827. He was much affected by the death of his son Windham in a ballooning accident in September 1824. Finally Sadler moved back to Oxford to live with his family (who received his Charterhouse allowance). There he died on 26 March 1828, in George Lane. He was buried four days later at St Peter-in-the-East, Oxford, where he had been baptized. His obituarist rightly noted that, as an aeronaut, he was 'architect, engineer, chemist and projector' (Jackson's Oxford Journal), as well as the pilot. He was honoured in Oxford in the twentieth century by a restored gravestone and two tablets, tributes to his pioneering and brave aerial exploits all over Britain and Ireland. John Coxe Hippesley noted in 1812 that Sadler 'has been harshly used … there is not a better chymist or mechanic in the Universe, yet he can hardly speak a word of Grammar' (BL, Add. MS 40221, fol. 270). Sadler's life was of deeds, not words, and left great problems for any biographer.

John Sadler (bap. 1779, d. 1838), chemist and metallurgist, was born in the High Street, Oxford, eldest son of James Sadler and his first wife, Mary, and was baptized at All Saints' Church on 9 March 1779. He made his first balloon ascent with his father in May 1785. By 1793 he was teaching chemistry at Beddoes's Bristol Pneumatic Institution. From 1800 he was chemical assistant at the Royal Institution, London, and assisted Humphry Davy until 1804 when he issued An Explanation of Terms used in Chemistry. By 1806 he was smelting lead at Thomas Richard Beaumont's Dukesfield smelt mill, near Hexham. He was active with the Newcastle Literary and Philosophical Society from 1806 to 1809 and consulting on metallurgy. In 1810 he moved to Hackney, Middlesex, to superintend the Beaufoy Chemical Works in Lambeth. Here he was active with the Hackney Literary and Philosophical Society as lecturer, and assisted John Clennell (1772–1822) with the new Agricultural and Commercial Magazine. His paper 'On the dislocation of mineral veins' was read to the Geological Society in 1814. He patented (no. 4524) a new method of making white lead in 1821. Sadler and his wife, Mary, had four children. He died at Lavender Place, Wandsworth Road, Battersea, London, on 18 March 1838.