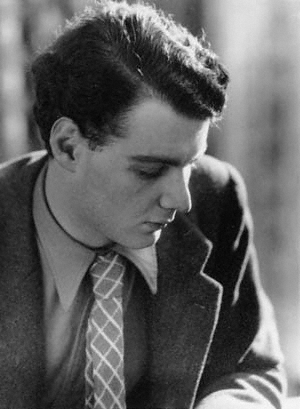 Burgess, Guy Francis de Moncy (1911–1963), spy, was born on 16 April 1911 at 2 Albemarle Villas, Devonport, the elder son of Commander Malcolm Kingsford de Moncy Burgess RN and his wife, Evelyn Mary, daughter of William Gillman, gentleman. Burgess's father died in 1924 and his mother subsequently married John Retallack Bassett, a retired lieutenant-colonel. Following a period at Eton College Burgess spent two years at the Royal Naval College, Dartmouth, but poor eyesight ended his naval prospects and he returned to Eton. He won an open scholarship to read modern history at Trinity College, Cambridge, in 1930, gained a first in part one of the history tripos (1932) and an aegrotat in part two (1933), and held a two-year postgraduate teaching fellowship. He became a member of the Apostles, home to the intellectual élite of the arts and sciences, and he was already well known for his drinking and homosexuality. His conversion to communism and his recruitment into Soviet intelligence remain unclear, but he joined the party while at university.

Marxism swept Cambridge in the autumn of 1933, and Maurice Dobb, a don and a communist and also a member of the Apostles, introduced Burgess to Kim Philby, thus founding the Cambridge network of Soviet agents. In May 1934 Burgess met Arnold Deutsch, a Comintern officer and recruiter for Soviet intelligence, and began learning how to operate as a secret agent. That summer he visited Moscow. Philby asked Burgess to suggest other recruits, and he suggested Anthony Blunt and Donald Maclean; Blunt and Burgess later recommended John Cairncross to the NKVD, the Soviet intelligence service. Burgess became a key member of the Cambridge network, including Kim Philby, Anthony Blunt, Donald Maclean, and John Cairncross, who secretly worked for the downfall of capitalism and the triumph of communism. How many people Burgess recruited or attempted to recruit is not known but Soviet intelligence valued him for his ability to meet useful people. In 1935–6 he was secretary to Captain Jack Macnamara, a Conservative MP, having joined the Anglo-German Fellowship to mask his allegiance to communism.

In October 1936 Burgess accepted a prestigious post in the BBC's talks department, thereby gaining access to the British establishment. In March 1938 he was a courier between Chamberlain and Daladier, and in September he urged Churchill to repeat his warning against Hitler to Stalin; he received a signed copy of Churchill's Arms and the Covenant (1938). He invited friends such as Blunt, Roger Fulford, Lord Elton, E. H. Carr, David Footman, and John Hilton to broadcast. The BBC's internal hierarchy, together with effective political control from the Foreign Office, severely reduced Burgess's opportunities to influence opinion, although he enabled Ernst Henri, a Comintern agent, to boast about the Soviet intelligence service.

In December 1938 Burgess joined the British secret service. He was appointed to section D of MI6, dedicated to sabotage and subversion. He arranged pro-British and anti-Nazi broadcasts to Europe but his greatest achievement was to secure Philby's entry into MI6. In 1940 Burgess was charged for driving a War Office car while drunk, but the charge was dismissed, as he was carrying out confidential duties under the strain of working up to fourteen hours a day. He rejoined the BBC in 1941 and spent the next three years as a producer in the talks department of the Home Service at Broadcasting House.

On 4 June 1944 Burgess joined the Foreign Office news department. In December 1946 he became private secretary to Hector McNeil, then minister of state at the Foreign Office. Excitedly he told his Soviet controller about his rapid and sensational advance to the centre of British foreign and defence policy-making. Regarded as an expert on communism and with experience in propaganda, he was appointed to the information research department (IRD), a secret unit created to combat Soviet propaganda. Visiting European embassies to introduce IRD he was dangerously indiscreet and was peremptorily moved to the Far East department in November 1948. His arguments for recognizing communist China were possibly influential but many officials supported recognition to advance British strategic and economic interests.

In August 1950 Burgess was appointed second secretary to the Washington embassy. He shared accommodation with Philby and gained a reputation for dissolute and insulting behaviour. In the summer of 1951 he was sent home in disgrace, and was about to be discharged from the Foreign Office when he disappeared with Maclean on 25 May 1951, en route to Moscow. In a final theatrical flourish he had posed as Roger Styles to Maclean's wife, naughtily challenging MI5 officers to know two Agatha Christie novels: The Mysterious Affair at Styles (1921) and The Murder of Roger Ackroyd (1926). On 13 February 1956, at a press conference, Burgess and Maclean announced that they had left Britain to work for peace in the Soviet Union. Burgess contacted Tom Driberg, the Labour MP, to collaborate on a book that was the KGB's first attempt to use British defectors as vehicles for Soviet propaganda and psychological warfare. Philby became the KGB's preferred spokesman. Burgess worked in the Foreign Languages Publishing House while using the name Jim Andreyvich Fraser. Isolated in Moscow, where homosexuality was not officially tolerated, he turned to drink. He died from a heart attack in the Botin Hospital, Moscow, on 30 August 1963. His ashes were later interred in the churchyard at West Meon, Hampshire.

Burgess's defection had a devastating impact during the Korean War. Whitehall floundered in this unpleasant scandal of espionage, sex, and conspiracy. An anonymous series of articles in The People in 1957 depicted Burgess's life as a narrative of 'drunkenness, in addition to drugs, homosexuality and loose-living' (Mort, 112). The revelation that the author was Goronwy Rees (1909–1979), fellow of All Souls and principal of the University College of Wales at Aberystwyth (and himself a member of the Wolfenden committee on homosexual offences), was another blow to the establishment. The revelations (like those of W. J. Vassall later) did much to prolong and accentuate repressive attitudes to homosexuality.

It was feared that Burgess and Maclean had passed over military secrets causing American casualties. This was not the case, but the myth was born. The defection struck at the heart of the ‘special relationship’ with America. US intelligence believed that MI5 and MI6 were incompetent and untrustworthy. Continued intelligence co-operation cost Philby's recall to London. The defection also delayed the renewal of atomic co-operation until 1954. The government tried to limit the damage by extending secrecy but this eroded trust within the British polity. One positive outcome was to reduce Foreign Office complacency about security, and positive vetting was introduced. Despite much fevered speculation about the damage that Burgess had caused there is too little evidence on the effects of his espionage and his influence upon international politics for a credible assessment to be feasible.

Guy Burgess achieved notoriety in British post-war history because he was a gifted son of the establishment who betrayed the realm by becoming a Soviet agent. His image has been etched onto Britain's collective memory by the ebb and flow of cold-war international politics and propaganda. Western perceptions of him underline his treachery and point to the damage that his espionage and subversion inflicted upon western interests and values. Soviet perceptions of him underline his loyalty to the communist revolution and point to his achievements in serving Soviet interests and values. History's final verdict must find some adjustment between these two dichotomous views, recognizing that the labyrinthine world of intelligence may never yield all its secrets. Burgess was intellectually brilliant but treacherous, ideologically committed but undisciplined; an ambitious extrovert but destructive when drunk, he remains a peculiarly English conundrum. His unhappy sojourn in Moscow and his eagerness to talk to visitors from London were memorably portrayed in Alan Bennett's 1983 BBC television play An Englishman Abroad.