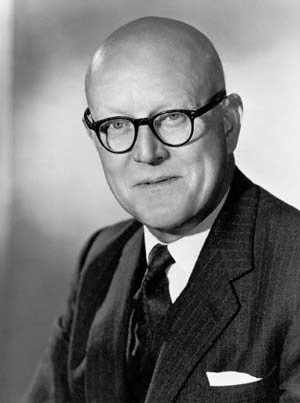 Bailey, Sir Donald Coleman (1901–1985), civil engineer, was born in Rotherham, Yorkshire, on 15 September 1901, the only child of Joseph Henry Bailey, commercial cashier, and his wife, Caroline Coleman. After attending Rotherham grammar school and the Leys School, Cambridge, Bailey went to Sheffield University, where he obtained a BEng in 1923. He was employed by Rowntree & Co. of York, the civil engineer's department at the London, Midland, and Scottish Railway, and the city engineer's department in Sheffield before joining the War Office in 1928 as civil engineering designer at the Military Engineering Experimental Establishment in Christchurch.

Among the unit's tasks was the development of improved transportable bridges for the increasingly mechanized army. In 1936 Bailey conceived the idea of a simple bridge structure based on standard rectangular trussed welded units (10 ft × 5 ft) bolted together in combinations to suit the job in hand. Each unit could be lifted by six men and fitted a standard 3 ton lorry. The panels were built up from small components, enabling work to be subcontracted to a large number of small engineering firms without disrupting heavy engineering production. The War Office displayed no interest, but Bailey persevered with detailed design in his own time. It was not until February 1941, after the tubular-girder design of Charles Inglis had failed under test (as predicted by Bailey), that he was ordered to design a new, all-purpose bridge. Bailey's private design work enabled the first prototype to be ready by 5 May, with production bridges reaching the army in December 1941. Lieutenant-General Sir Giffard Le Q. Martel declared that the Bailey bridge doubled the value of allied armoured and mechanized units. Over two thousand of the bridges were erected in north-west Europe between June 1944 and May 1945 and the design was also used extensively in Italy and the Far East. After the war both second-hand and new bridge panels found a ready civilian market and many Bailey bridges remained in use around the world.

Bailey was appointed OBE in 1944 and knighted in 1946. In 1946 he was promoted to senior principal scientific officer and became assistant director of the Military Engineering Experimental Establishment, subsequently becoming director. The Royal Commission on Awards to Inventors awarded him £12,000 in 1948 for his work on the bridge. He became deputy chief scientific officer, Ministry of Supply, in 1952. Bailey served on a number of technical committees, giving his name to the Bailey committee on house interiors (1952–3). He was appointed dean of the Royal Military College of Science at Shrivenham in 1962, and exerted a 'benign influence on the modern scientist–soldier' until his retirement in 1966. He was an honorary DEng (Sheffield, 1946), a commander of the order of Orange Nassau, a fellow of the Institution of Structural Engineers, a member of the Institution of Civil Engineers, and an honorary member of the Institution of Royal Engineers.

Bailey's quiet, unassuming exterior hid great determination and considerable inventive ability, which he applied not only to bridges but to a wide range of other technical equipment. It was a source of satisfaction to him that his bridges found as ready a use in the civilian market as they had in the military. In 1933 Bailey married Phyllis Amy (d. 1971), daughter of Charles Frederick Andrew, a retired farmer, of Wick, Bournemouth. They had one son, Richard Henry. In 1979 Bailey married Mildred Stacey (b. 1919/20), his housekeeper, a widow, the daughter of Herbert William Crees, licensed victualler. Bailey, whose home was at 9 Stour Way, Christchurch, died on 5 May 1985 at St Leonards Hospital near Bournemouth, survived by his second wife.