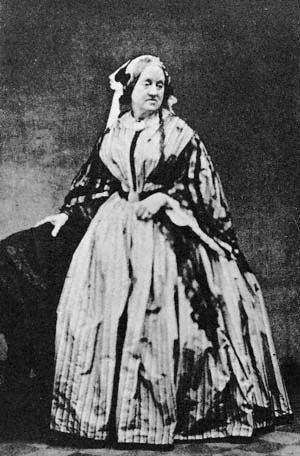 Atkins [née Children], Anna (1799–1871), botanist and photographic artist, was born on 16 March 1799 in Tonbridge, Kent, the only child of John George Children (1777–1852), scientist, and his wife, Hester Anne Holwell (d. 1800). Some aspects of her early life are suggested in her pseudo-anonymous biography of her father, but otherwise little is known. Anna's mother died shortly after childbirth (the same fate that had befallen her father's mother) and the father and daughter developed a close and mutually productive lifelong relationship. It was from him that she gained a love of science and a facility at working with her hands. It is also likely that her father's influential position in the British Museum and the Royal Society encouraged her participation and acceptance in these traditionally male circles.

Anna Children proved to be a highly skilled illustrator and contributed more than two hundred drawings to her father's 1823 translation of Jean Lamarck's Genera of Shells. In 1825 she married John Pelly Atkins, a promoter of pneumatic railways and later sheriff of Kent, the son of John Atkins, alderman and lord mayor of London, and MP for Arundel in 1830–31. The couple had no children.

A member of the Botanical Society of London, Anna Atkins was a pioneer in the application of photography to science and to publication. Her father had chaired the Royal Society meeting in February 1839 when William Henry Fox Talbot first publicly revealed the details of photogenic drawing. Within a short time father and daughter were experimenting with photography. Anna Atkins's major contribution, however, was entirely of her own making. Among scientists, botanists especially had grasped the potential of the new art for recording complex scientific specimens, and as an illustrator and lithographer, Anna Atkins extended this potential to the field of publication. She undertook the first serious application of photography to science by making photograms of her extensive collection of algae.

Anna Atkins had become a close friend of Sir John Herschel, another photographic pioneer, and his daughters. She turned to his 1842 invention of the cyanotype process for her photographic work. It was a clever choice. The cyanotype was inexpensive and relatively easy to work; its only disadvantage, a blue image tone, proved to be a virtue rather than a drawback for her chosen subjects. Most importantly, cyanotypes were far more permanent than other early photographs and much of her output survived in good condition a century and a half later. Anna Atkins employed these cyanotype plates to publish the first book illustrated with photographs, pre-dating her colleague Talbot's better known The Pencil of Nature (1844–6). Her privately published Photographs of British Algae: Cyanotype Impressions was issued regularly in parts between October 1843 and September 1853, eventually incorporating more than four hundred photographic plates, and was distributed to scientific friends and institutions. The text was photographic copies of her own handwriting and the thousands of plates required were laboriously produced on hand-coated paper. Anna Atkins was a sensitive photographer who continued after this to create cyanotypes of other natural objects, largely for their aesthetic value, and sometimes in conjunction with Anne Dixon (née Austen) (1800–1864), a close childhood friend, the wife of a vicar in Sussex.

Following his retirement from the British Museum in 1840 Children had gone to live with his daughter at Sevenoaks, strengthening their collaboration in science. It was in Sevenoaks, after a lingering illness, that Anna Atkins herself died, at her home, Halstead Place, on 9 June 1871. She was buried in Halstead churchyard.