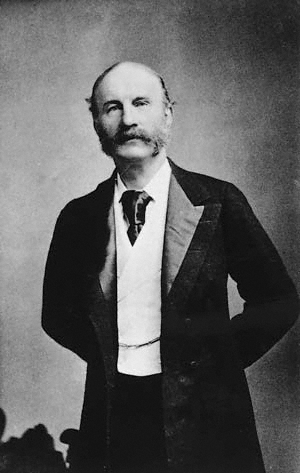 Wilson, Charles Henry, first Baron Nunburnholme (1833–1907), shipowner, was born at Hull on 22 April 1833, the eldest son of Thomas Wilson (1792–1869) of Hull and Cottingham and his wife, Susannah, daughter of John West of Hull. In 1831 his father formed with others at Hull, a shipowning firm, of which he soon acquired the chief control. A regular line of sailing boats to Swedish ports was established; the import of iron from Russia and Sweden was developed; a service to Dunkirk was added; and with the substitution of steamships for sailing ships Thomas Wilson's firm gained an important place in the shipping industry.

Charles Wilson was educated at Kingston College, Hull, and then joined the family business, as did his brothers. Its name was changed to Thomas Wilson, Sons & Co. and Charles and his brother Arthur [see below] became in 1867 joint managers; it was to their energy that the firm's rapid development was mainly due. The Norwegian and Baltic service for cargo and passengers was greatly extended; Adriatic and Sicilian, Indian and American, and home coasting services were inaugurated from time to time after 1870. In 1891 the concern was turned into a private limited company, with a capital of £2.5 million and a fleet of over 100 vessels. With its acquisition of the fleet of Bailey and Leetham of Hull in 1903, it became the largest owner in Hull and also the largest private fleet owner. In 1908 it took over the fleet of the North Eastern Railway Company (NER). Charles Wilson also became chairman of Earle's Shipbuilding and Engineering Company Ltd, and of the United Shipping Company, and vice-chairman of the Hull Steam Fishing and Ice Company Ltd.

Wilson played a prominent part in public affairs outside his business, serving as sheriff of Hull. In 1873 he actively promoted the Hull, South and West Junction Railway Bill. In 1874 he entered parliament for Hull as a Liberal, and was an MP until 1905, representing West Hull from 1885. As an ardent Liberal he was a pronounced free-trader and an advocate of temperance reform. An opponent of the South African War of 1899–1901, he yet showed public spirit by placing at the disposal of the government the Ariosto, one of his firm's vessels, for the purpose of transporting the newly raised City Imperial Volunteers to the Cape. On 5 October 1871 he married Florence Jane Helen (1853–1932), the eldest daughter of Colonel William Henry Charles Wellesley, nephew of the first duke of Wellington. They had three sons and four daughters.

In 1899 Wilson received the freedom of his native town, and in 1906 he was made a peer under the title of Baron Nunburnholme. He died at his residence, Warter Priory, Pocklington, Yorkshire, on 27 October 1907, and was buried there on 31 October. His eldest son, Charles Henry Wellesley Wilson (b. 1875), succeeded to the peerage.

The first Lord Nunburnholme's youngest brother, Arthur Wilson (1836–1909), born on 14 December 1836 at Hull, was educated like him at Kingston College; he was associated with him in the shipowning firm, and on the death of Lord Nunburnholme became its head. He married on 1 July 1862 Mary Emma (1843–1927), daughter of E. J. Smith, postmaster of Leeds; they had three sons and three daughters. The eldest son, Arthur Stanley, was elected Unionist MP for the Holderness division of Yorkshire in 1900. The firm's development of the Norwegian timber trade and the foundation of the Baltic Exchange were largely due to his foresight. A director of the NER, and chairman of the shipping committee of the Hull chamber of commerce, he served in 1891 as high sheriff of Yorkshire. For many years a warm supporter of the Liberal interest in Yorkshire, Arthur Wilson objected to Gladstone's home rule proposal of 1886, joined the Liberal Unionists, and, finally, in 1909 supported tariff reform. He was a generous benefactor to Hull, and among the institutions in which he was specially interested was the Victoria Children's Hospital, of which he was chairman.

Arthur Wilson was a keen sportsman, and was for twenty-five years master of the Holderness hunt. Of genial disposition, he dispensed a lavish hospitality. The prince of Wales, later Edward VII, was his guest at Tranby Croft, in September 1890, when an allegation of cheating at baccarat was made against Sir William Gordon-Cumming, bt, who was also staying at the house. In the prolonged trial of an unsuccessful action of libel which Sir William brought against Wilson's son-in-law and daughter Mr and Mrs Lycett Green, the prince of Wales was a witness. The case was unfortunate, and affected the reputations of all those concerned.

Wilson died of cancer on 21 October 1909 at Tranby Croft, Anlaby, East Riding of Yorkshire, after a long illness, and was buried at Kirkella.

Close
J. Burke, A general [later edns A genealogical] and heraldic dictionary of the peerage and baronetage of the United Kingdom [later edns the British empire] (1829–)
D. J. Jeremy, ed., , 5 vols. (1984–6)
University of Hull, Brynmor Jones Library
Calendars of the grants of probate … made in … HM court of probate [England and Wales]