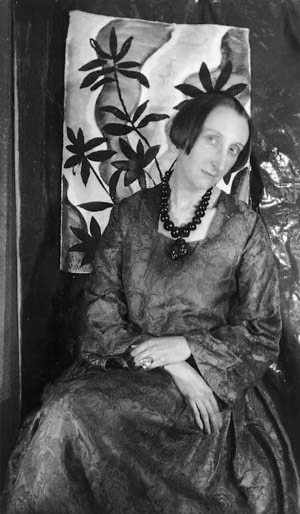 Sitwell, Dame Edith Louisa (1887–1964), poet and biographer, was born at Scarborough on 7 September 1887. She was the eldest of three children born to Sir George Reresby Sitwell, fourth baronet (1860–1943), genealogist and antiquary, and his wife, Lady Ida Emily Augusta Denison (d. 1937), fourth child and third daughter of the first earl of Londesborough. Sir (Francis) Osbert Sacheverell Sitwell (1892–1969) and Sir Sacheverell Sitwell (1897–1988) were her younger brothers. The Sitwell family traced itself back to the fourteenth century and numbered kings of France, the English Plantagenets, Robert Bruce, and the Macbeths among its forebears. As Sir George put it, the Sitwells 'had been working up to something'; but never did he dream that Edith and his two sons, Osbert and Sacheverell, would make a significant mark on modern literature. When he first learned of Edith's early success with poetry, he lamented that she had made 'a great mistake by not going in for lawn tennis' (Pearson, 107).

Early in the 1920s, Edith, Osbert, and Sacheverell emerged as a literary cult of three. For good and for ill, they struck critics as an amalgam of dadaism, cubism, and futurism. They drew inspiration from the commedia dell'arte and the Ballets Russes, from Pope and Swift, from Dickens and D'Annunzio, from Claude and Marinetti, from the baroque and chinoiserie. Frequently attacked as enfants terribles, they were none the less widely admired, especially by Evelyn Waugh, who paid them a supreme compliment when he proclaimed: 'They took the dullness out of literature' (E. Waugh, Sunday Times, 1 Dec 1952, 7).

That his only daughter should dwell upon poetry, Edith claimed in her posthumously published autobiography, Taken Care Of (1965), was a disappointment to Sir George; but she felt that she was a disappointment to him and her mother from the day she was born. She also claimed that her early years were so wretched that she bore psychic scars. Edith, it would seem, was not unwanted and an unloved child, but more of an exasperating one who could not easily be moulded to her parents' wishes. Whenever she became morose and contrary, she would play the brat and assume the pose of an artist. One day she pertly announced that she would grow up and become a genius.

In her early teens Edith developed an insatiable love for poetry. When she was sixteen a new governess, Helen Rootham, introduced her to the works of Verlaine, Rimbaud, and Mallarmé. More important, her enlightening teacher encouraged her to compose her own poems. In March 1913 one of her earliest works, 'Drowned Suns', was published in the Daily Mirror. Thrilled with her first appearance in print and fearful that it would be impossible for her to be truly creative if she remained in her parents' home, in April 1913 she and her governess, who was by now mentor and friend, went off to London. Three years later, Edith began editing Wheels, a modernistic venture that aroused the ire of conservative critics. Her own poems published in Wheels occasioned even more negative responses, especially 'The Mother', which served as the lead poem in her first published collection, The Mother and other Poems (1915). In quick succession followed Clown's Houses (1918), The Wooden Pegasus (1920), Façade (1922), and Bucolic Comedies (1923).

On 12 June 1923 Edith gave a reading of Façade in London's Aeolian Hall; overnight she became the most talked-about poet in England. Everything about her public performance provoked controversy. To begin with, she sat with her back to the audience, barely visible behind a transparent curtain adorned with a crudely fashioned moon-face. In order to project her voice, she spoke through a Sengerphone, an instrument made of compressed grasses meant to retain the purity of magnified tonal quality. Disgruntled members of the audience thought they were victims of a hoax. What they heard sounded like gibberish, but had they listened more closely they might have discovered—in addition to a great deal of humour and gaiety—subtle criticisms of modern life, innuendoes of despair, decay, and death.

Façade had come into being chiefly because of prosodic experiments that Edith was engaged in at the time. She wanted to explore the effect that various impressions have upon the senses and to what extent she could capture notational images. Osbert and Sacheverell suggested that William Walton—at that time a little known young composer who had been living with the Sitwells since 1919—should write the music for Edith's lyrics and give them assorted rhythms of the waltz, the foxtrot, the polka, the mazurka, the tango, the paso doble, and country and sailor dances. To rebut adverse judgements about her efforts, Edith later gave profuse and erudite explanations of the aural techniques and phonological technicalities she employed. But lurking in the minds of many was the overriding question: was she an innovative poet or merely a talented charlatan capable of verbal legerdemain? Over the next years of her life—in volume after volume—she sought to answer the question in her favour.

With Sleeping Beauty (1924), Troy Park (1925), Elegy on Dead Fashion (1926), and Rustic Elegies (1927) Edith abandoned some of the eccentricities of her earlier verse. That she was still a master technician and an adroit inventor of rhythms and rhymes remained obvious to her growing number of devotees. Though she had achieved an enviable reputation, now that she was in her forties she began to reflect upon the sterility of her existence. To find some metaphysical resolutions to the enigma of life, she wrote Gold Coast Customs (1929), from which she wanted readers, 'to cogitate the rich man's gold and … wheat … blood and fire' and 'the fires of God … marching on' (E. Sitwell, Some notes on my own poetry, Collected Poems, 1930, xxxvi–xxxvii).

In 1930 Edith published her first important prose work, a biography of Alexander Pope, that 'small, unhappy, tortured creature … who is perhaps the most flawless artist our race ever produced' (E. Sitwell, Alexander Pope, 1). The same year saw the publication of her Collected Poems. Like another Pope, she had suffered for her art and had tolerated years of prejudice, but with the favourable reception of her Collected Poems it was obvious that she was as worthy of her laurels as Pope had been some 200 years before. The Royal Society of Literature certainly thought so when in 1933 it awarded her its coveted medal. In the following year she wrote Aspects of Modern Poetry, in which, after she assailed all those who questioned her art, she focused on the achievements of Hopkins, Yeats, Eliot, and Pound. Her second biographical study, Victoria of England, appeared in 1936. In the same year she completed her first novel, I Live under a Black Sun. Into its narrative, which is based upon the life and loves of Jonathan Swift, she wove many of her own private experiences, especially her failed relationship with the Russian artist Pavel Tchelitchew. She often thought of herself as his muse, and was flattered to sit for six portraits and a sculpture of her head in wax and wire. She also produced three anthologies, Edith Sitwell's Anthology (1940), Poems Old and New (1940), and Look! The Sun (1941). Shortly thereafter, she published ‘Green Song’ and other Poems (1944) and Song of the Cold (1945). Then she tried her hand at another biography, Fanfare for Elizabeth (1946), in which she drew an excellent picture of sixteenth-century England and a flattering portrait of the monarch, with whom she was prone to identify.

In 1947, Edith Sitwell was selected by Leeds University for an honorary degree. Two years later, Durham bestowed a second honorary degree upon her, and she was named an honorary associate of the American Academy of Arts and Letters. Then, in 1951, Oxford conferred on her the honorary degree of doctor of letters. A fourth honorary degree from Sheffield University followed in 1955. During this same period when so many honours flowed her way, Edith and Osbert Sitwell made a tour of the United States, lecturing and reading from their poetry. They were lionized everywhere they went, and the high point of their visit was a performance of Façade at New York's Museum of Modern Art.

Edith and Osbert Sitwell undertook a second visit to the United States in 1950. In Hollywood, she was enthusiastically greeted by such famous personalities as Charlie Chaplin, Greta Garbo, Merle Oberon, and Marilyn Monroe. To them, she was not only a poet par excellence but a remarkable character. Tall and august, her pale oval face with its extended aquiline nose and tight lips added to her formidable appearance. Then, too, she always wore a long, loose, flowing robe and a turban-like headdress, and she adorned her slender fingers with huge rings. In short, she was as colourful and flamboyant as the motion picture stars who fawned over her. Further tributes and honours now came her way, the most important of which was her being named dame of the British empire in 1954. None the less, she still experienced a spiritual void in her life, one which she filled in 1955 with her conversion to Roman Catholicism. And never one to let her pen remain idle for long, she published another anthology, The Atlantic Book of British and American Poetry (1958); The Outcasts (1962), her last volume of poetry; and The Queen and the Hive (1962), her last biography, a study of Elizabeth of England and Mary of Scotland.

Now in her seventy-fifth year, Edith was honoured with a celebration in London's Royal Festival Hall. A recitation of Façade accompanied by Walton's music produced a tremendous ovation of almost five minutes' duration; after which Edith, overcome, waved to her enthusiastic admirers—and wept. Two years later, on 9 December 1964, she died, unmarried, at St Thomas's Hospital, London. An ecumenical service was conducted by a Roman Catholic priest and an Anglican vicar. Burial followed in the graveyard at Weedon Lois, near Weston, Northamptonshire. A sculpture by Henry Moore depicting the hand of a young child clasping the hand of an old man—an obvious symbol of the continuity of life through the generations—marks her grave.