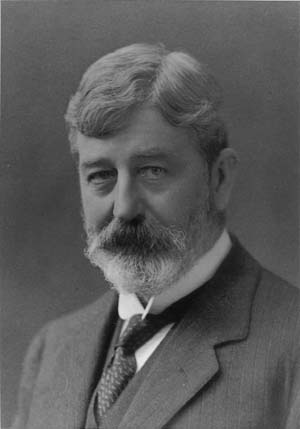 Schreiner, William Philip (1857–1919), politician in Cape Colony, was born in the Wittebergen reserve, northern Cape Colony, on 30 August 1857. He was the sixth son in the family of twelve of Gottlob Schreiner (1814–1876), a German artisan missionary of Fellbach in Württemberg, and his English wife, Rebecca Lyndall (1818–1903), daughter of the Revd Samuel Lyndall of Moorfields, London. The author Olive Emilie Albertina Schreiner (1855–1920) was an older sister. After a promising early education in the eastern Cape and at the South African College, Schreiner consistently took the top place in degrees in literature and science in the University of the Cape of Good Hope (for which he received the overseas Porter scholarship), in the London LLB at the Inner Temple, and, while at Downing College, Cambridge, in the Cambridge law tripos. In 1882 he was admitted to the English and the Cape bars. His characteristically unremitting toil made his law practice in Cape Town a solid success. On 3 January 1884 he married Frances Hester Reitz, whose brother F. W. Reitz successively became president of the Orange Free State and state secretary of the Transvaal republic. The Schreiners had two sons and two daughters. Schreiner's wife outlived him.

His profession brought Schreiner into public life. He became Cape parliamentary draftsman in 1885, took silk in 1892, and between 1889 and 1893 assisted the imperial high commissioner and the Cape in negotiations with Transvaal on the future of Swaziland, for which work he was created CMG (1891). These negotiations and retainer work for De Beers also brought Schreiner to the notice of Cecil Rhodes, the Cape premier, who made him the colonial attorney-general in 1893. His growing rapport with Rhodes was confirmed by his election, alongside his mentor, for Barkly West in 1894. During the closure of the Vaal River drifts in 1895 he helped to commit the Cape to possible war by drafting the ultimatum to the Transvaal republic; but he was appalled by the Jameson raid later that year and soon afterwards broke finally with Rhodes. Although he opposed ending the British South Africa Company's charter, he chaired the Cape select committee which condemned Rhodes's conduct. In 1897 he gave evidence at the raid inquiry in London.

With Cape politics polarizing after the raid, Schreiner and other moderates like J. X. Merriman, who were concerned to obstruct Rhodes, moved into cautious association with Afrikaner Bond MPs. The latter were prepared to support a Schreiner ministry from 14 October 1898, after the close general election earlier that year. However, this awkwardly aligned colonial cabinet had difficulty in mitigating the growing hostility between the British imperial government and Transvaal.

Schreiner's attempts with other concerned South Africans to bring President Kruger and Sir Alfred Milner to compromise—for example, at the conference in Bloemfontein in May 1899—were largely vitiated by Milner's carefully concealed campaign to 'work up to a crisis' (Headlam, 1.222). With his eye mainly on Rhodes, Schreiner was perhaps insufficiently assertive towards Milner, who kept his Cape premier out of the Bloemfontein conference and out of much of the diplomacy leading up to the South African War in October 1899.

As a loyal subject of the queen, Schreiner did all he could to limit the rising in the northern Cape districts in late 1899, but he had difficulty persuading Milner that the Cape's own forces should as far as possible remain within the colony to protect it. Meanwhile Chamberlain insisted, and Schreiner reluctantly accepted, that Cape rebels should be punished with a minimum penalty of five-year disfranchisement. Yet this encountered Afrikaner Bond resistance which brought about the downfall of his so-called ‘South African party’ ministry on 17 June 1900.

In defence of his independent position Schreiner subsequently resigned his Malmesbury seat and, returning to law, remained out of parliament until 1908. Offered a Cape place in the national convention by Merriman, Schreiner unselfishly honoured his prior undertaking to defend the putative Zulu king, Dinizulu, against what he viewed as racially motivated Natal colonial charges arising out of the Bambatha uprising. He fought the long, unremunerative case to vindicate his conversion over the years to a strongly held liberalism and succeeded in clearing Dinizulu of most charges.

Standing forth by 1909 as the determined champion of Cape non-racialism, Schreiner led a deputation including the African and ‘coloured’ politicians W. Rubusana, J. T. Jabavu, and A. Abdurahman to Westminster to protest at the limitation and vulnerability of the Cape's non-racial franchise in the draft South Africa Constitution Act of Union. But they failed to secure modifications which would have enabled non-whites to stand for parliament or even to make the two-thirds altering majority apply to MPs from the Cape especially. The protectorates were, however, safeguarded from an offhand transfer to the Union.

After union, Schreiner accepted the invitation of the new prime minister, General Botha, to enter the senate to speak for black African interests. He joined M. K. Gandhi in criticizing the Immigration Act of 1911 and, later, was highly censorious of the discriminatory Natives' Land Act of 1913.

Overtaken by the First World War while overseas in mid-1914, Schreiner would enjoy a swan-song as union high commissioner in London. Here he exhausted himself physically caring for South African interests and troops until his death in harness at Trefaldwyn, Llandrindod Wells, Radnorshire, Wales, on the day peace was signed, on 28 June 1919. He was cremated at Golders Green crematorium and afterwards buried near his parents at Woltemade cemetery, Cape Town. As scholar, sportsman, humanitarian, lawyer and, above all, colonial statesman, Schreiner stood for all that was finest in the old Cape, especially its liberal tradition.