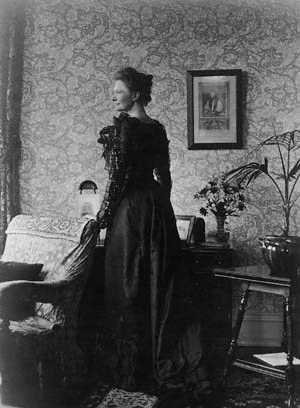 Penrose, Dame Emily (1858–1942), college head, was born in London on 18 September 1858, the second of five children and eldest of four daughters of Francis Cranmer Penrose (1817–1903), architect and archaeologist, and his wife, Harriette Gibbes (d. 1903), and was baptized at Coleby, Lincolnshire, where her great-uncle, the Revd Thomas Trevenen Penrose, was vicar. Her paternal grandmother, Elizabeth Penrose, was the writer Mrs Markham; she was related to the Arnolds by the marriage of her grandfather's sister, Mary Penrose, to Dr Thomas Arnold of Rugby. Her education at Conway House, Wimbledon, placed more stress on deportment than book learning, but was supplemented in the course of long family visits to the continent, which enabled her to study languages and the arts at Versailles, Paris, Dresden, and Berlin. In England, she borrowed books from friends, and was an enthusiastic attender of university extension lectures. She shared the scientific interests of her brother, Francis George Penrose (1857–1932), and was taught drawing and painting by her father, whom she accompanied to Athens in 1886 on his appointment as first director of the British School of Archaeology. While there, she took charge of the family business and learned modern Greek. The following year she returned to England and taught literature, languages, and drawing at Miss White's school in Brighton.

Her father's friendship with Henry Francis Pelham, professor of ancient history at Oxford and a leader of the Liberals in the university, determined the course of Emily Penrose's future career. At his suggestion she entered Somerville College, Oxford, as a scholar in 1889, at the age of thirty-one, to read literae humaniores (Greats). Starting with no Latin and only modern Greek, and choosing an archaeological special subject for which she could draw on her experience in Athens, she became in 1892 the first woman to be placed in the first class in Greats. Ineligible, as a woman, for an Oxford degree, she was to be one of the first to present herself for a Trinity College, Dublin, MA under the provisional ad eundem arrangements of 1904. She worked briefly as an extension lecturer in Oxford and London before being appointed in 1893 to the principalship of Bedford College, London, a post which she combined with that of professor in ancient history. In 1898 she moved to the Royal Holloway College, returning to Somerville, as principal, in 1907, at the invitation of the college council, on the death in office of Agnes Maitland.

To all three colleges, at different stages in their development, Emily Penrose brought a heightened sense of academic purpose and integration into a wider academic community. In London, she prepared the ground for Bedford and Holloway to be admitted in 1900 as schools of the university, and herself served as chairman of the classical board and as a member of the university senate. In Oxford, where in the early years of her principalship she also taught Somerville's Greats' students, she was immediately drawn into the negotiations which led to the establishment in 1910 of a university delegacy for women students, on which she served as an elected member, and ten years later to the admission of women to full membership of the university. During the First World War, when Somerville's buildings were requisitioned for use as a military hospital, she guided the college through an unsettling period of temporary accommodation in Oriel, while organizing—according to press reports, with unique efficiency—the national registration for Oxford, work for which the OBE was conferred on her in 1918.

Emily Penrose's standing in the university was enhanced by her experience of the larger world of academic politics and finance. She served in 1911 as a member of the advisory committee on university grants, and in 1916 as the only woman member of the royal commission on university education in Wales. In 1919 she was appointed to the royal commission on the universities of Oxford and Cambridge, becoming a statutory commissioner for Oxford in 1923. These public duties were combined with a heavy post-war burden of college business, as Somerville launched an appeal for funds, planned a new building (later named after her), and embarked on a series of major constitutional changes leading to its incorporation under royal charter in 1926.

Pressure of these various commitments obliged Emily Penrose to decline to serve in 1920 as one of the first women magistrates. It also told on her health, which had never been strong; and it was on her doctor's advice that in 1925 she tendered her resignation to the Somerville council. The university marked her retirement in 1926 by conferring on her the honorary degree of DCL—the first woman apart from Queen Mary to be so honoured. Sheffield followed with an honorary LLD, and in 1927 her work for education received national recognition when she was made a DBE. A modest person, she accepted these honours, as she said, 'for the college'. The large sum collected as a farewell present was used, at her request, to establish a students' loan fund. She retired to London, moving on the outbreak of war (by which time she was an almost complete invalid) to Bournemouth, where she died, unmarried, at 11 Dean Park Road on 26 January 1942.

Emily Penrose possessed a combination of scholarship with high administrative ability which was unusual at that date and which made her an important role model for the rising generation of women academics. The unexpectedly generous terms of the 1920 statute by which Oxford eventually conceded membership of the university to women owed much to her patient diplomacy, and hardly less to her personal example: in her presence it was not easy to make out a convincing case for the intellectual inferiority of women or their unfittedness for university business. A person of many accomplishments (a fine needlewoman, talented actress, and intrepid mountaineer), she was markedly lacking in certain social skills: stories abounded among undergraduates of her terrifying attempts at small talk. Her height, an embarrassment to her in adolescence, reinforced in later life a somewhat Olympian presence. Deeply reserved in all personal matters, she was a devout, but undemonstrative, Anglican, and a firm, but unmilitant, suffragist. She enjoyed the company of children, and was terrified of cats.

Close
Calendars of the grants of probate … made in … HM court of probate [England and Wales]
National Portrait Gallery, London