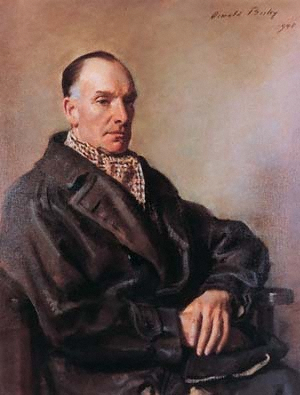 Havilland, Sir Geoffrey de (1882–1965), aircraft and aero-engine designer and manufacturer, was born at Magdala House, Terriers Wycombe, Buckinghamshire, on 27 July 1882, second of three sons of the Revd Charles de Havilland (1854–1920) and his first wife, Alice Jeannette (1854–1911), daughter of Jason Saunders, of Medley Manor, Oxfordshire. His early life was tense and miserable, with an irascible, improvident father and a harassed, tearful mother, who eventually suffered a depressive decline. Originally destined for the church, de Havilland was educated at Nuneaton grammar school, St Edward's School, Oxford, and the Crystal Palace School of Engineering (1900–03). He then served an apprenticeship at Rugby with Willans and Robinson, engine manufacturers. In 1905 he became a draughtsman at 30s. a week with the Wolseley Tool and Motor Car Company in Birmingham, but, disliking the dull work and harsh management, he resigned after a year. He then worked for two years in the design office of an omnibus company in Walthamstow.

Inspired by the aeronautical flights of Wilbur Wright, de Havilland in 1908 borrowed between £500 and £1000 from his maternal grandfather (an Oxford businessman) and designed his own aeroplane and engine. During 1910 he taught himself to fly in a second prototype. His first employee was Frank Trounson Hearle, who in 1914 married de Havilland's fiery socialist sister, Ione (1885–1953). De Havilland himself married, in 1909, Louise (1881–1949), daughter of Richard Thomas, engineer, of Chepstow; his wife had formerly been companion to his mother and governess to his two sisters. She made the fabric coverings of the first De Havilland aircraft on a hand-turned Singer sewing machine which she continued to use until her death. They had three sons.

In 1912, flying one of his own machines, de Havilland established a new British altitude record of 10,500 feet. During the following two years he evolved an important range of generic aeroplanes before his appointment in January 1914 as an inspector of aircraft in the aeronautical inspection directorate. He felt miserable and wasted at leaving design work, and in May 1914 became chief designer for the Aircraft Manufacturing Company (Airco) of George Holt Thomas at an annual salary of £600 plus commission on aircraft sold. After the outbreak of war he joined the Royal Flying Corps but continued working at Airco. In the next four years he designed and flew eight military aeroplanes, five types going into war service in large production. He was an original but never outlandish designer who had an unerring instinct about his work. The number of ‘DH’ aeroplanes built in Britain and the USA amounted to about 30 per cent of the total output of those two allies.

Following the closure of Airco in 1920, de Havilland raised £20,000 and founded the De Havilland Aircraft Company with a staff of fifty. He was neither chairman nor managing director of his company, begrudging all time lost to technical work and feeling exasperated by financial responsibilities. He preferred instead in the 1920s to devote himself to the possibilities of civil aviation. In 1925 he pioneered the light aeroplane movement with the Moth. This famous model, originally selling at £650, had a simple, practical design and sturdy construction. Over 7000 Moths of different marks were built in Britain in the next seven years, and there were many overseas sales. Thousands of civilians learned to fly in Moths, inaugurating the era of popular civil aviation and winning financial security for De Havillands. The Tiger Moth trainer (first sold in 1931) became the standard Royal Air Force trainer in the Second World War, 8300 being built.

As a result of design work begun in the 1920s, the De Havilland Aircraft Company manufactured 862 airliners in Britain during the 1930s, of the Dragon, Express, and Dragon Rapide types. All were equipped with De Havilland engines. In 1934 the De Havilland Comet Racer (of which only five were built) won a race from London to Melbourne in under seventy-one hours. During the following year de Havilland pioneered the British manufacture of American controllable pitch propellers, which subsequently were crucial in winning the battle of Britain.

De Havilland's prime contribution in the Second World War was the Mosquito, perhaps the most versatile warplane ever built, and for most of the war, the fastest aircraft. His company also operated the government's ‘shadow’ factories of the second aircraft group and the northern propeller division. Group personnel (including shadow factories) rose from 5191 in 1937 to 38,311 in 1944, and aircraft production from 200 in 1937 to 2327 in 1941. Turnover rose from £1.4 million in 1936 to £25 million in 1945.

After the war De Havillands returned to civil markets with the Dove and Heron types, and built the jet-powered Vampire fighter. Rocket engines followed in 1947 and guided weapons in 1951. The company's engine division had produced the first British jet propulsion engine in 1942, and its Comet airliner, which first flew in 1949, pioneered the civilian jet airliner. Twenty-one Comets were built in Britain up to 1954, when production was suspended after metal fatigue caused two machines to crash with heavy loss of life. De Havilland was distressed by these accidents, and although manufacture of an improved prototype was resumed in 1958, memories of the catastrophe were never erased.

De Havilland was not involved in design work after 1945, and he retired from active involvement in his company in 1955, thereafter remaining as president. His eldest son, Geoffrey de Havilland, who first flew at the age of eight weeks, was killed while flying an experimental DH fighter near the speed of sound; his youngest son, John (1918–1943), died in an air collision. His wife suffered a nervous breakdown after these deaths and died in 1949. In 1951 de Havilland married Joan Mary (1900–1974), daughter of Edward Philip Frith, chartered accountant, and the divorced wife of Godfrey Mordaunt (d. 1951).

De Havilland was a keen natural historian and photographer, whose attractive personality shines from his memoirs, Sky Fever, published in 1961. Imaginative, sensitive, enthusiastic, and tenacious, he was tactful, friendly, and disarming in manner. As the leader of a design team he was deeply admired by his assistants. His modesty and dislike of fuss were such that for two decades he limited his entries in reference books to three or four lines. He was a brave pilot, who won the king's cup air race in 1933 and continued flying until his seventieth year. He was probably unique among the pioneer designers in flying his own creations. He was made OBE in 1918 and CBE in 1934, received the Air Force Cross in 1919, was knighted in 1944, and appointed to the Order of Merit in 1962. He received numerous national and international gold and silver medals and honorary fellowships of learned and engineering societies. De Havilland died of a cerebral haemorrhage on 21 May 1965 at Watford Peace Memorial Hospital, Stanmore, Middlesex.