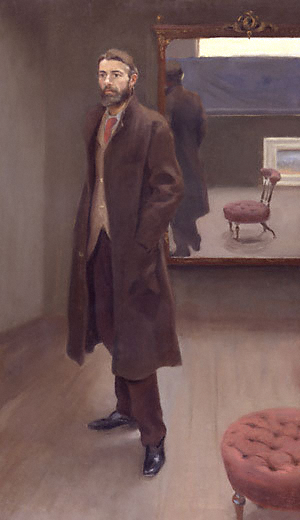 Carpenter, Edward (1844–1929), campaigner for homosexual equality and socialist writer, was born on 29 August 1844 at 45 Brunswick Square, Brighton, Sussex, the third son of Charles Carpenter RN (1797–1882) and his wife, Sophia, the daughter of Thomas Wilson RN of Walthamstow. The Carpenters were a west-country family, and Edward's grandfather Admiral James Carpenter (1760–1845) fought naval battles against revolutionary France in the West Indies. Edward's father, a lieutenant stationed at Trincomalee, retired early, became a barrister, and led the life of a respectable rentier in Brighton, occupying a large house and investing heavily in stocks and shares. Edward had three brothers and six sisters, and he was the seventh child. He attended Brighton College from 1854 to 1863. After his three brothers entered the colonial, army, and naval services respectively, he was left alone with his sisters, most of them unmarried. The Brighton household, in which his mother was a conventional matron, helped to shape his personality; he combined an unconscious revolt against Victorian standards of social ethics with frustration of his sexual desires, which he soon realized were for his own sex.

In 1864, after spending some months in Heidelberg, Carpenter entered Trinity Hall, Cambridge, with the intention of being ordained. He won a college prize in 1866 for his essay 'On the continuation of modern civilization', which showed him well on the road to advanced liberalism. He was tenth wrangler in the mathematical tripos of 1868, and was elected to the clerical fellowship at his college vacated by Leslie Stephen. In 1869 he won the Burney prize at Cambridge for his essay 'The religious influence of art'. After being ordained in 1870, he served as curate to Frederick Denison Maurice, the incumbent of St Edward's, Cambridge, of which the fellows of Trinity Hall were patrons. Maurice's liberal Anglicanism, however, was not broad enough for Carpenter, who read Mazzini with W. K. Clifford and attended the Republican Club at Cambridge, led by Henry Fawcett. He joined with thirty-three other clerics, most of them Oxford or Cambridge fellows, in a memorial presented to Gladstone in 1870 seeking the freedom to resign clerical orders. The Clerical Disabilities Relief Act was passed in 1870, and was followed by the University Tests Act of 1871. Carpenter's commitment to the cause of university reform coincided with his reading Walt Whitman's Leaves of Grass and Democratic Vistas, extolling 'manly love and friendship'. He also broadened his social vision by visiting Paris shortly after the suppression of the Paris commune. All this affected his sermons, which became Whitmanesque and even proto-socialist. In 1873 he took a long holiday in Italy, where the works of Greek sculpture at Paestum and elsewhere convinced him of the beauty and cleanness of the human body remote from commercialism and Christianity. Taking advantage of the Clerical Disabilities Relief Act, he relinquished his orders in 1874, which meant resignation of his college fellowship. He was disappointed in his hope of being elected to a lay fellowship.

In October 1874 Carpenter started lecturing on astronomy at Leeds (where he lived) and other northern towns for the university extension scheme, a ‘peripatetic’ university for the people, which had been started in the previous year by James Stuart. In May 1877 he visited Whitman in Camden, New Jersey, and some of the New England celebrities: Ralph Waldo Emerson, Oliver Wendell Holmes, and John Burroughs. He wrote to Whitman on 'the squalor and raggedness' of manufacturing towns such as Sheffield and on the workmen, proud and poor. Strains due to overwork and also to continued sexual frustration led him to seek a more natural way of living—he became mainly a vegetarian and a teetotaller. He interested himself in John Ruskin's experiment at St George's Farm, and in May 1880 he took lodgings with Albert Fearnehough, a scythe maker, and his family at Totley, near Sheffield, and from March 1881 at Bradway in a cottage owned by a young farmer, Charles Fox. Fearnehough became his lover and the long-delayed fulfilment of his sexual needs was attained at last.

Carpenter's sexual liberation was accompanied by his conviction of spiritual freedom and equality gained through his study of the Bhagavad Gita, a gift from his Cambridge friend Ponnambalam Arunachalam (1853–1924). By the spring of 1881 he had given up lecturing altogether, and in a small wooden hut built in the gardens of the Bradway cottage he began to write poems, or a hymn of the soul, charting its 'slow disentanglement', in the style of Whitman. The result was a slender volume published anonymously in 1883 under the title Towards Democracy. About 400 copies out of 500 printed were sold in two years. It was saved from oblivion by a favourable review by George C. Moore Smith in the Cambridge Review.

The death of his father in 1882 brought Carpenter some £6000; he now set himself up as a market gardener, bought three fields of about 7 acres at Millthorpe, half-way between Sheffield and Chesterfield within walking distance of the moors, and built a substantial cottage, where he and the Fearnehoughs moved in October 1883. As well as cultivating an orchard and market garden, he also took up sandal making. About the same time he began to play a role in the nascent socialist movement. Relying on H. M. Hyndman's England for All (1881) for economic argument to explain the cause of alienation, he wrote an important tract, Modern Money-Lending and the Meaning of Dividends (1883), which presents a world of surplus value from which the moneyed class could extricate themselves by adopting a simple mode of living, and by starting co-operative production or disseminating ideas on the subject. He joined the Democratic Federation founded by Hyndman and contributed £300 to its organ Justice, started in January 1884. He was critical of those who split the federation in December 1884 and was attracted to the Fellowship of the New Life, the parent body of the Fabian Society; it was members of this circle, such as Edward Pease, Havelock Ellis, and Ellis's friend Olive Schreiner, who really appreciated Towards Democracy when its second, enlarged, edition came out in 1885.

For the Sheffield Socialist Society that came into existence in March 1886 Carpenter prepared a programme asserting independence from the claims of the national socialist bodies. Their socialist work was assisted by Raymond Unwin of Chesterfield, later known as a promoter of garden cities, and by Robert Franklin Muirhead (1860–1941) of Glasgow, a Cambridge graduate and mathematician, who shared Carpenter's ideals of nature and manly love. Carpenter wrote England Arise: a Socialist Marching Song (1886) for the new movement. Millthorpe and Sheffield attracted some of the Cambridge élite—Charles Robert Ashbee, Goldsworthy Lowes Dickinson, and Roger Fry—and Carpenter for a while entertained the idea of reconciling culture and labour.

Carpenter's new year Fabian lecture of 1889 came out as a book, Civilization: its Cause and Cure (1889), in which he described civilization as a social and moral disease, and earned the nickname of the Noble Savage. One of the sores of civilization was 'smoke nuisance' or air pollution, against which he and Sheffield socialists conducted a well-organized campaign. He helped Kropotkin in his studies of small industries. In 1892, when the Walsall anarchists were tried for an attempt to manufacture bombs allegedly for the Russians, Carpenter as a witness defended them by dissociating anarchism from terrorism.

Carpenter's journey to Ceylon and India in the winter of 1890–91, described in his book From Adam's Peak to Elephanta (1892), was memorable for his visit to a guru and for reinvigoration of his faith in spiritual freedom and equality. Carpenter co-operated with his friends Henry and Kate Salt in their work for the Humanitarian League and joined in its campaigns against vivisection, for prison reform, for the abolition of cruel sports, and for other similar causes.

Carpenter indulged in a new comradeship of a serious and extremely tender nature in 1886–7 with George E. Hukin, a razor grinder. He was deeply wounded when Hukin decided to marry. His homosexual life, however, remained well protected from curiosity, though Henry Labouchere's amendment to the Criminal Law Amendment Act of 1885 made all male homosexual acts liable to legal prosecution. Carpenter's reticence on the subject ended in 1892, when he met John Addington Symonds, who was preparing a full-scale book on sexual inversion in collaboration with Havelock Ellis. Carpenter supplied notes on his and his friends' homosexual cases for this study. Symonds's sudden death in 1893 deprived Ellis's Studies in the Psychology of Sex (1897) of his contribution. Carpenter felt that he was destined to succeed him in defence of homosexuality.

In the course of 1894–5 the Labour Press, Manchester, published four of Carpenter's pamphlets on sex: Sex-Love, and its Place in a Free Society; Woman, and her Place in a Free Society; Marriage in Free Society; Homogenic Love, and its Place in a Free Society. The last of these was for private circulation only, and was not included in the collection reissued as Love's Coming-of-Age in 1896, but it was included in the enlarged edition published in 1906. Carpenter did not regard sexual inversion as environmental and abnormal but as congenital, and called men and women with an innate homosexual bias 'urnings', a word which he derived from uranos (‘heaven’). His The Intermediate Sex (1908) had a significant readership both in Britain and abroad. Among those who were influenced by his works were Siegfried Sassoon, Robert Graves, E. M. Forster, and D. H. Lawrence.

After the Fearnehoughs left Millthorpe in March 1893, George Merrill, the son of an engine driver and a product of the Sheffield slums, became Carpenter's sole companion. George Oates of Leeds, his Cambridge friend with whom he had maintained an intimate friendship, died (unmarried) in 1902 and left £3000 to Carpenter. The third edition of Towards Democracy (1892) included a new third part, entitled 'After civilisation'. Its fourth edition (1905) brought in another addition, a fourth part, overtly homosexual, which was originally published in 1902 under the title Who shall Command the Heart?

Carpenter was a pro-Boer in the South African War. His socialism was catholic enough to welcome both the Labour Party and its critics. His Non-Governmental Society (1911) contains his mature thought on syndicalism or guild socialism. For the suffragette movement he worked with Mrs Charlotte Despard and the Women's Freedom League. During the First World War he condemned the war as part and parcel of 'civilization' and advocated 'a United States of Europe' in The Healing of Nations (1915). His 'Never Again!' (1916) was a powerful anti-war poem. His autobiography, My Days and Dreams, also appeared in 1916. Fenner Brockway, the founder of the No Conscription Fellowship, remembered his appearance at this period: 'his head and features were of extraordinary beauty; his face a chiselled statue, clear-cut and of perfect outline; his eye bright and kindly' (Brockway).

The death in 1917, at the age of fifty-six, of George Hukin, who appeared prominently in part 4 of Towards Democracy, snapped Carpenter's emotional tie with the north. In 1922 he and Merrill moved south and settled at the new Millthorpe, Mountside Road, Guildford, Surrey, where George took to drink and died in January 1928 in his early sixties. Carpenter sold the house, and with Edward Inigan from Wigan, another ‘personal friend’, moved to a bungalow, Inglenook, in Joseph's Road, Guildford. He had a stroke and died on 28 June 1929 of uraemia and senility. He was buried in the same grave as Merrill at Guildford cemetery. Carpenter survived all his brothers and sisters, and his estate, estimated at £5214 gross (£4152 net), mostly went to his nephews and nieces, apart from £1000 left to Inigan in his will. He was sometimes called the English Tolstoy, and Tolstoy considered him 'a worthy heir of Carlyle and Ruskin'.