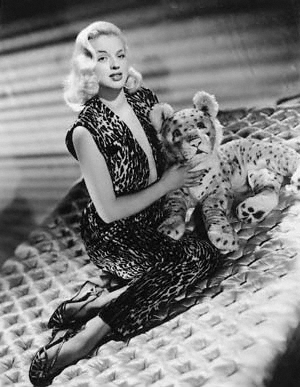 Dors [married names Hamilton, Dawson, Lake], Diana [real name Diana Mary Fluck] (1931–1984), actress, was born on 23 October 1931 in Swindon, Wiltshire, the only child of Albert Edward Sidney Fluck (1893–1963) of Swindon, a railway clerk and former army captain, and his wife, Winifred Maud Mary Padget, née Payne (1889–1955). She was educated at a local private school and when she was nine she wrote in a school essay, 'I am going to be a film star, with a swimming pool and a cream telephone.' At thirteen, pretending to be seventeen, she entered a beauty contest and came third, and during the Second World War she entertained troops at camp concerts.

At fifteen Diana Fluck enrolled at the London Academy of Music and Dramatic Art, where she was spotted in a production and put into films, making her début in a thriller, The Shop at Sly Corner, in 1946. After other parts she was offered a ten-year contract by the Rank Organization and she joined the Rank Charm School, which had been set up to discover and groom British stars. She changed her surname to Dors, after her maternal grandmother. Her performances in such films as Good Time Girl (1948), Dance Hall (1950), and the popular Huggett series, where she showed a flair for comedy, introduced an earthier strain into a genteel middle-class cinema. But her screen career failed to develop and the Rank contract lapsed in 1950. The publicity machine, however, was already starting to take over. With her long, platinum blonde hair, full lips, sensational figure, and colourful private life, she was projected as the British answer to Marilyn Monroe; and for the rest of her life her professional achievements came a very poor second to her status as a celebrity.

The early publicity stunts were masterminded by Dors's first husband, Dennis Hamilton (1924–1959), whom she married in 1951. Born Dennis Hamlington Gittings, he was the son of Stanley Gittings, manager of a public house in Luton. A Svengali figure, ruthless and domineering, he fed the gossip columns with a stream of Dors stories, many of them fabricated. The couple took off for Hollywood. Diana Dors continued to appear in films, most of them forgettable. An exception was Yield to the Night (1956), loosely based on the Ruth Ellis case, in which Dors eschewed her usual glamour roles to play a condemned murderess. It showed her potential as a serious actress, though the public found the switch from blonde bombshell difficult to take. Her marriage foundered, and ended, in the now customary blaze of publicity, in 1957. Dennis Hamilton died in 1959 and in the same year she married in New York an American comedian, Dickie Dawson. They had two sons, Mark and Gary. In 1960 she was paid £35,000 for her memoirs by the News of the World. Lurid by the standards of the time, the series ran for twelve weeks. The archbishop of Canterbury, Dr Geoffrey Fisher, denounced her as a wayward hussy.

By now the film parts were getting smaller. Dors put on weight and the erstwhile sex symbol gave way to a middle-aged mother figure. She had to return to England in 1966 to support her family, for she was sole breadwinner. She played Prince Charming in pantomime and did a cabaret act in the northern clubs. Her private life continued to make the headlines. Her marriage to Dawson ended after eight years and she lost custody of her two sons. On 23 November 1968 she married an actor, Alan Lake (1940–1984), son of Cyril Foster Lake, glaze maker. They had a son, Jason. In 1967 she was declared bankrupt, owing the Inland Revenue £48,413 in tax. She admitted to being hopeless with money. In October 1970 Lake was sent to prison for eighteen months for his part in a public house brawl.

Dors's acting career enjoyed a brief revival when she played a brassy widow in Three Months Gone at the Royal Court Theatre in London (1970) and there was a strong part in Jerzy Skolimowski's film, Deep End (1970). But a television comedy series written for her by the distinguished team of Keith Waterhouse and Willis Hall, Queenie's Castle (1970), proved disappointing. Her Jocasta in Sophocles' Oedipus at the Chichester Festival in 1974 was a brave, but isolated, stab at the classics.

In 1974 Diana Dors came close to death from meningitis and she underwent operations for cancer in 1982 and 1983. Resilient and cheerful in the face of such adversity, she produced further instalments of her memoirs as well as an autobiography, ran an agony column in a Sunday newspaper, and, by now over 15 stone, did a slimming series for breakfast television. A celebrity to the end, she died of cancer in hospital at Windsor, Berkshire, on 4 May 1984 and was buried on 11 May in Sunningdale. Her death was widely and genuinely mourned. Vulgar she may have been but there was admiration for her courage and tenacity. Alan Lake never got over his grief and he killed himself on 10 October 1984, the sixteenth anniversary of their first meeting.

Diana Dors was a potent early example of a media-created celebrity, who became famous more for what she was than for what she did. She was able to exploit a growing openness about sexuality, not least in the press, and she embodied, albeit in an extreme form, the ordinary person's aspiration for a better life as the nation moved from post-war austerity to 1950s affluence. Although she flaunted the trappings of her wealth, the mink coats, the Rolls-Royces, and the luxury homes, she never lost the common touch and, despite condemnation from the puritan establishment, the public stayed with her.