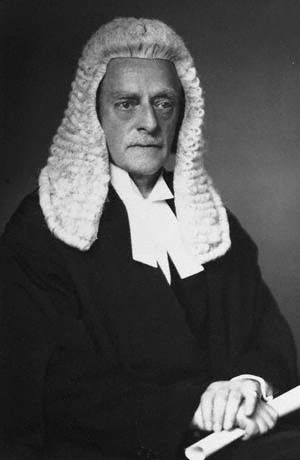 Allen, Sir Carleton Kemp (1887–1966), jurist and warden of Rhodes House, was born on 7 September 1887 in Carlton, Melbourne, the youngest of the three sons of the Revd William Allen, nonconformist minister, whose own father, a civil engineer, had emigrated from England in the 1850s. Allen's mother, Martha Jane Holdsworth, of Yorkshire stock, was an Australian born at Maryborough, Victoria. The family moved to New South Wales in 1900 where Allen's father was for many years the minister of the flourishing Congregational church in the Sydney suburb of Petersham. The two elder sons were to spend their lives in the academic profession in Australia but ‘C. K.’—he was always known by his initials—went to and stayed in England.

Allen was educated at Newington College, Sydney, and the University of Sydney where he obtained prizes in classics and English. In 1909 he went up on a travelling scholarship to New College, Oxford, and joined a group of able young lawyers, pupils of Francis de Zulueta. Allen gained a first in jurisprudence in 1912. In 1913 he was elected Eldon law scholar. His main outside interests were music and acting. In the Oxford Dramatic Society production he was a memorable Julius Caesar to the Mark Antony of Philip Guedalla and in 1913 he produced and played a leading part in Thomas Dekker's The Shoemaker's Holiday. Before the First World War he rejected several offers to become a professional actor, and he long retained an interest in the Oxford University Dramatic Society, through which he met his wife. After the war he became the society's senior treasurer, producing and playing Jaques in As You Like It and inaugurating the summer productions which became a feature of the Oxford Trinity term. He was, along with J. B. Fagan, a founding member of the Oxford Playhouse theatre.

Commissioned in January 1915 in the 13th battalion of the Middlesex regiment, Allen was almost immediately thrown into the battle of Loos, in which the battalion had severe losses, and was badly wounded during the attack on the Hohenzollern redoubt. On sick leave he revisited Australia, as it turned out for the last time. He rejoined his battalion in February 1916 and was then almost continuously engaged in battle, being wounded again on the Somme in July 1916, before becoming captain and adjutant of his regiment. In the March 1918 retreat he was awarded the Military Cross. These savage experiences left a deep imprint upon a stoical nature.

On demobilization Allen was appointed lecturer in law at University College, Oxford. He also acted as assistant to Sir Paul Vinogradoff, whose Outlines of Historical Jurisprudence (1920–22) he helped to see through the press and from whom he derived his interest in legal theory. He was called to the bar at Lincoln's Inn in 1919 but did not practise, for in 1920 he was elected Stowell civil law fellow at University College. In 1924–5 he was the Oxford University junior proctor. He also reviewed novels, and for fifteen years wrote under a pseudonym regular columns in the Illustrated London News and The Sketch. In 1925 his light comedy, The Judgment of Paris, was accepted for a London production but never staged, so he converted it to a novel which was published by the Bodley Head and sold reasonably well.

In 1926 Allen went to India for six months to deliver the Tagore lectures in Calcutta. These formed the core of his Law in the Making, published by the Clarendon Press in 1927. To his surprise the book went into seven editions, his last words, as he put it, appearing in 1964. It began with a judicious and well informed sketch of the schools of legal philosophy in the English-speaking world and in Europe. But its core was an account, both historical and comparative, of the way in which law has changed and grown in the past, whether through custom, equity, precedent or legislation, and how those agencies of change operated in England at the time of writing. Composed with verve, it instructed and enlivened two generations of law students and their seniors. In the 1960s, however, jurisprudence took a more philosophical turn, so that Allen's contribution to the subject, as he foresaw, became dated.

Allen's incursions into public law had more lasting effects. As early as 1923, when most lawyers denied the existence of administrative law in Britain and deplored its existence in France, he was publishing articles to the contrary, later collected as Bureaucracy Triumphant (1931), and arguing that the new system should be rationally thought through. He attacked the growth of administrative tribunals and the obstruction faced by those wishing to sue government departments. In Law and Orders (1945), which went into three editions, he attacked what he called the 'creeping bindweed' of delegated legislation. The tone of his writings, driven by his respect for lawyers and judges, was polemical but also ironical. 'It is only the lawyer who knows how to temper the fierce legalism of the layman' (Bureaucracy Triumphant, 73). His needling did much to spur on the reforms that have since been made in all these areas.

Law in the Making had led in 1929 to Allen's election to the Oxford chair of jurisprudence in succession to Walter Ashburner, the chair that Vinogradoff had earlier held. He was able to continue as a fellow of University College, Oxford, with which he remained closely associated to the end of his days; on retirement he became an honorary fellow of the college in 1963. His tenure of the chair was, however, brief. He surprised many when in 1931 he resigned it to accept the invitation of the Rhodes trustees to succeed Sir Francis Wylie as Oxford secretary to the trustees and only the second warden of Rhodes House, Oxford. At the time this seemed a loss to the law, since he had been an admirable teacher and most lucid lecturer, who combined serious thought with a light touch. But at Rhodes House administration did not take up too much of his time. He was not primarily concerned with the Rhodes Trust's activities overseas, although he kept in touch with the selection committees in the constituencies from which the Rhodes scholars were drawn and he and his wife travelled widely in consequence. His writings on administrative law continued unabated: Legal Duties appeared in 1931, Law and Disorders in 1954, and Administrative Jurisdiction in 1956. In Aspects of Justice (1958) his combination of practical and theoretical interests and his classical background again showed to advantage.

As warden of Rhodes House, Allen's own experience of the difficulties of the young who arrive at Oxford from overseas, allied to a shrewdly dispassionate common sense, qualified him to guide Rhodes scholars with the keenest sympathy in their hopes and disappointments. To them he extended an imaginative fair-mindedness along with an exceptional gift for staying outside his own firmly conservative, not to say reactionary, prejudices. He declined, for example, to make use of the National Health Service.

Hospitality was in the capable hands of Allen's wife, whom he had married in 1922: Dorothy Frances, youngest daughter of Edward Halford, retired customs and excise official, of Oxford. They had a daughter and a son. That she was the more outgoing member of a happy partnership—C. K. suffered in his later years from a heart condition—is manifest in her Sunlight and Shadow (1960), which she scribbled for her grandchildren just before her death in 1959 and which Allen subsequently edited for publication.

The Allens saw three distinct phases of the history of Rhodes House: the spacious and well staffed hospitality of the time before the Second World War; the exhilarating improvisation, with C. K. himself sometimes at the piano, of wartime Oxford with the courses for soldiers on leave for which Dorothy Allen was awarded a British Empire Medal; then, after the war, the return of former servicemen with their wives, while food rationing continued. To each period they brought a note of quiet enjoyment and, particularly on Dorothy Allen's part, a gift of greeting the unexpected combined with a shared sense of community and subdued adventure.

Allen's own account of his 21-year stewardship of Rhodes House may be found in his contribution to The First Fifty Years of the Rhodes Scholarships (1955), edited by Lord Elton. It was typical of C. K. that when he came to hand over Rhodes House to his successor E. T. Williams in 1952 he secured for him those advantages of which he had felt deprived during his own tenure.

In the Second World War, Allen undertook civil defence duties and was a member of the appellate tribunal for conscientious objectors. He was appointed a justice of the peace for Oxford late in 1941, took silk in 1945, and was chairman of the Oxford bench from 1952 to 1956. His appearance and learning lent him authority, but his deafness led to criticism as he continued on the bench in his later years. Allen's experience there provided material for his Hamlyn lectures which were published under the title The Queen's Peace (1953). He received various honours: an Oxford DCL in 1932 and an honorary LLD at Glasgow University. He was elected FBA in 1944 and knighted in 1952. His club was the Reform.

Allen's strength as a legal scholar and propagandist derived from his sound classical education, his ability to relate theory to practice, and his vivid style. He believed in the individual and had a deep distrust for the increasing power of the state. In later years he was uneasily reconciled to giving ministers and government departments limited powers to legislate, but he maintained an eagle-eyed readiness to expose, often in the correspondence columns of The Times, the tendency to overbear to which he felt public servants were prone.

Allen was of short, stocky build but impressive appearance. His strong eyes, striking nose, clipped moustache, and magnificent crop of lint-white hair (he greyed early) reminded one that he had been a soldier. If he came to absorb some, perhaps more than he was aware, of the prejudices of the English with whom he spent most of his life, he retained his quizzical right to poke fun at them. Increasing deafness made him harder to convince but he continued to make his points with the same deliberation with which he would tap away ash from his ever-present cigarette by way of emphasis. Persuaded to give up smoking at the age of seventy-five, he continued to enjoy bridge, at which he did not greatly like losing, and wine, of which he was a good judge. Until his last illness he took little notice of the regimen that his doctors recommended. Austere in appearance, jaunty in carriage, he was a charming companion and staunch colleague. The essence of integrity, a good judge of Oxford and Surrey cricket, Allen was a man of great determination. Beneath a tolerantly wry scepticism lay a solid core of stern, almost puritanical devotion to truth and justice.

The stoical way in which Allen set about coping with a new existence after Dorothy Allen's death, for they had been a devoted pair, was impressive. To the delight of their friends C. K. remarried in 1962. His second wife, Hilda Mary (d. 1969), daughter of Arthur Grose, had been Dorothy Allen's closest friend. The second marriage was also exceptionally contented and 114 Banbury Road, Oxford, where they lived, warm in its welcome. Allen died at home in Oxford on 11 December 1966.

Close
Calendars of the grants of probate … made in … HM court of probate [England and Wales]
(1920–)
Proceedings of the British Academy
Bodleian Library of Commonwealth and African Studies at Rhodes House, Oxford
National Portrait Gallery, London
Bodleian Library, Oxford