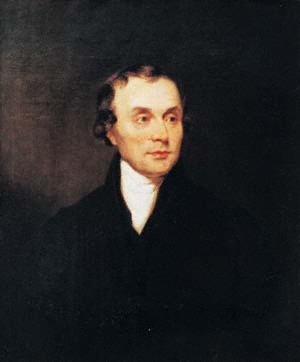 in the possession of the Royal Meteorological Society

Howard, Luke (1772–1864), manufacturing chemist and meteorologist, was born on 28 November 1772 in London, one of the several children of Robert Howard (1738–1812) and his wife, Elizabeth Leatham (1742–1816) of Pontefract. His father was a wealthy tin plate manufacturer and the chief agent for introducing the Argand lamp into Britain. From 1780 to 1787 Howard was educated at a Quaker grammar school in Burford, Oxfordshire. The headmaster was Thomas Huntley, whose teaching methods involved flogging pupils who did not learn quickly enough. The result, according to Howard, was that he learned more Latin than he was able to forget, but little science or mathematics—a loss he felt deeply and which was probably responsible for a continuing modesty regarding his own scientific opinions. He did, however, claim an inborn capacity for observation.

On leaving school Howard served a seven-year apprenticeship in pharmacy under Ollive Sims of Stockport; he returned to London and joined a firm of druggists in Bishopsgate during 1794. An attempt to set up independently in Fleet Street was unsuccessful, but in 1798 he went into partnership with William Allen, another Quaker, who owned the Plough Court pharmacy, Lombard Street, Howard taking charge of the firm's laboratory at Plaistow, Essex. The partnership was dissolved after seven years, and Howard moved the laboratory to Stratford where he built it into a thriving business, supplying chemicals to industry and pharmaceuticals to retail pharmacists. He also provided pure ether to his friend and fellow Quaker John Dalton for his experiments.

Howard never published anything on chemistry, observing that it was his trade—he lived in the practice of chemistry as an art, not to impart it as a science—and that it was necessary to maintain trade secrecy. He noted that his true penchant was for meteorology, and he also studied botany and geology.

Howard married Mariabella (1769–1852), daughter of John and Mary Eliot, in London, on 7 December 1796. They had eight children (four sons, four daughters); one son died in infancy. Mariabella published three books between 1827 and 1850: Hints on the Improvement of Day Schools (1827), The Young Servants' Own Book (1828), and Boys' Own Book (1850). The family lived first at Plaistow, moving to Tottenham in 1812, and spent time at their country home near Ackworth, Yorkshire. Their sons Robert Howard and John Eliot Howard took over the family firm in 1830. There was more than a hint of brilliance in the line. Among their direct descendants were Thomas Hodgkin, the historian, Paul Waterhouse, the architect, Margery Fry, the prison reformer, and the Labour politician R. H. S. Crossman.

Howard and Allen both joined the Askesian Society, a philosophical group that met fortnightly during 1796–1806. Howard also presented a paper on pollens to the Linnean Society in 1800, and began a register of meteorological observations the following year, these being published in The Athenaeum, 1807–9. Doubtless the Linnaean classification system made an impression, and during the Askesian's 1802–3 session Howard presented a paper on the classification of clouds, later published as ‘On the modification of clouds, and on the principles of their production, suspension and destruction’ (Philosophical Magazine, 16, 1803). Lamarck had devised a classification system in 1802 but Howard's proved the more durable, and was the basis of the international system.

Howard's series of meteorological observations was also maintained and in 1818–20, using the data obtained, he published The Climate of London (2 vols.), updating it with a second edition in 1833. This was the first book in English on urban climatology, and it introduced new thinking on atmospheric electricity and the causes of rain. He also expounded his theories in seven lectures during 1817 (not published until 1837), a later edition (1843) being dedicated to Dalton, and he investigated the possibility of lunar influence on weather. Election as FRS came in 1821.

Meanwhile Johann Wolfgang von Goethe, himself interested in meteorology, had seen a translation of Howard's 1803 paper. Goethe was enchanted by the descriptive classification system, praising its terminology as 'bestowing form on the formless, and a system of ordered change in a boundless world' (Slater, 120), and responded with a lyrical poem, Howard's Ehrengedächtnis, in celebration. Most of this was published in 1817, but Goethe later added three introductory strophes. He was intrigued by the personality of the younger man, to whom he referred as 'our Master', and sought a biographical sketch through an intermediary, Johann Huttner, in 1822. After some hesitation Howard supplied this himself. Goethe was overjoyed but the two never met, nor did they correspond directly.

About 1810 Howard made a series of watercolour sketches of clouds, a series which later came into the ownership of the Royal Meteorological Society. His classification scheme may have become known to more famous artists. Claims that he influenced Constable and Turner are controversial, but the former's study of skyscapes in the 1820s followed soon after publication of The Climate of London, which included a description of the scheme, and there is evidence that Constable was aware of Howard's work.

A deeply religious man, Howard held strongly to Quaker traditions of service and humility: he wrote tracts upholding the Quaker way of life, and became a minister in 1815. His father was a founder member of the British and Foreign Bible Society, serving on its first committee, and Howard followed him on to the committee, besides becoming engaged in campaigns aimed at the improvement of society. He and Allen were involved in the anti-slave trade movement at the turn of the century, and later Howard joined the campaign to raise support for relieving distress in Germany, following the fighting across Europe and defeat of Napoleon at Leipzig, becoming joint secretary (with Robert Humphrey Marten) of the organizing London committee. This held its first meeting on 27 January 1814 and the sums raised were remarkable: £4000 was subscribed before the meeting, with £112,000 obtained by 18 October, and reports claimed £300,000 as a final total. For this service he and Marten were awarded gold rings and Meissen vases by the kings of Prussia and Saxony, and received the freedom of the city of Magdeburg. However, despite some contrary accounts, the balance of evidence appears to show that Howard did not visit Germany in that year. In 1816 Howard did travel to Germany, as a member of a delegation from the London based Quaker meeting for sufferings to Quaker groups there. Distribution of relief did not, apparently, form part of this visit, which was merely to meet the German Friends.

In subsequent years Howard became involved in controversies which terminated his membership of both the British and Foreign Bible Society and the Society of Friends. He came into conflict with the British and Foreign Bible Society in a dispute over the Apocrypha, which he sought to clarify by translating several of the Apocryphal books into English from the Latin Vulgate, and he resigned from this society in 1825. A more far-reaching split followed in the next decade. In 1835 Isaac Crewdson published A Beacon to the Society of Friends, which had an evangelical message and challenged Quaker thinking. Howard supported Crewdson and resigned from the society in 1836. The Beaconites supported the Quaker way of life and duty, but held to the revealed word of God in the scriptures, and called for acceptance of baptism and the Lord's supper. During the period 1833–7 he edited The Yorkshireman, a Quaker magazine, and used its pages to argue the Beaconite cause. The only other dissenting sect in Britain accepting baptism and the Lord's supper, while rejecting an ordained priesthood, was the Plymouth Brethren, which Howard, Crewdson, and a number of other Friends now joined, and Howard was baptized by Crewdson on 7 June 1837. The following year he published an appeal against a sentence of disownment passed upon a member by the Society of Friends.

Two significant scientific publications were to follow. In 1842 Howard produced an essay based on observations made at London (1807–23) and Ackworth (1824–41), in which he proposed an eighteen-year cycle of weather. This was, perhaps, a little hopeful, but his last major work, Barometrographia (1847), gave a series of curves of the variation of the barometer, with large circular diagrams representing its changes with other particulars of weather, and incorporating the position of the moon. Appended were papers presented by Howard to the Royal Society. The publication was described by Napier Shaw as 'a book of some magnificence' (N. Shaw, Manual of Meteorology, 1932, 1.133).

After the death of his wife Howard spent his later years with his eldest son, Robert, at Bruce Grove, Tottenham, where he died on 21 March 1864. He was buried at Winchmore Hill.