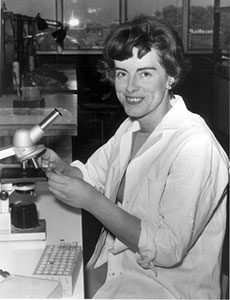 Pereira, Margaret (1928–2016), forensic scientist, was born on 22 April 1928 at Eureka, Upton Road, Bexley, Kent, the elder child of Harold Quinn Pereira (1897–1952), a telegraph mechanician and telecommunications engineer, and his wife, Margaret Elizabeth (Nina), née Hartigan (b. 1898), formerly a secretary. Her brother, Peter, was born in 1931. She was educated at La Sainte Union Convent in Bexleyheath and Dartford County Grammar School for Girls.

Pereira specialized in science subjects at school and hoped to train as a doctor but was unable to obtain a place at medical school, partly because it was still difficult for women to gain acceptance onto medical courses and partly because universities were giving preference to ex-service personnel returning from the Second World War. She looked for a job in a related area and was offered the choice of a position as scientific assistant with the biology section of the Metropolitan Police Laboratory or a post as a trainee medical laboratory technician; she chose the former as the pay was better.

Hence, in 1947 Pereira became the first woman on the scientific staff of the Metropolitan Police Laboratory. The scientific staff then numbered seven. At the time, the prevailing view was that a young woman should not deal with forensic casework because many of the investigations were sexual offences. Nevertheless, as the workload of the laboratory increased, she became involved with casework and learned to search items for trace evidence. As the prospect of obtaining a medical degree still appeared to be bleak, she enrolled as an evening student in biology at Chelsea Polytechnic, graduating in 1953 with a good degree from the University of London.

Now fully qualified, Pereira expected promotion to reporting officer in the laboratory. Her degree qualification should have permitted her to be allocated her own cases, enabling her to testify in court as an expert witness rather than merely providing assistance to senior colleagues. However, as it was believed that women could not stand up to the rigours of cross-examination in court, instead she was moved sideways to assist the director of the laboratory, Lewis Nickolls, in major homicide cases and to initiate research projects in serology. Although she continued to protest against being barred from appearing as an expert witness on the grounds of sex, she decided to stay in forensic science as she found the work interesting.

An episode in the laboratory in 1960 was to prove Pereira’s mettle when, during a visit of the Medico-Legal Society, she presented some work of the laboratory to a notoriously hostile lawyer who specialized in defence work and who had given her male colleagues a very hard time in court. He proceeded to mount an attack on her presentation. Unknown to her, the director of the laboratory was listening behind the door, and he was so impressed by her performance that she was allocated her first case a few days later. This paved the way for other women to be employed as reporting officers in the Metropolitan Police Laboratory. Nevertheless, she continued to encounter conservative attitudes. In one example, where she had given evidence in court in what was termed in those days a ‘male indecency’ case, the judge was so embarrassed to hear intimate details of male homosexual activity from a female expert witness that he instructed the director of the laboratory not to let it happen again. Although this was undoubtedly discriminatory, it worked to Pereira’s advantage in career terms as such cases were not uncommon before the law was changed to accommodate consenting male adults in private, and they were often fairly routine cases from the point of view of forensic science. Instead, she was allocated many major homicide and rape cases which were of much more interest to a forensic scientist.

In 1962, at the Metropolitan Police Laboratory, Pereira’s research on serology resulted in her discovery of a new technique for matching blood traces to different blood groups which became known as the Nickolls and Pereira method. Before the development of this method, a bloodstain at least the size of a sixpence (a small coin) was required to make blood grouping feasible. The new method allowed a result to be obtained from a spot of blood the size of a pinhead, and it became important in helping to identify and eliminate suspects when bloodstains were present. It was widely used in the UK and beyond.

During her long career Pereira was involved in a number of high-profile murder cases. In 1968 Claire Josephs was found dead in her home by her husband. Although suspicion fell on him, he was exonerated by Pereira’s detailed analysis of fibre and blood evidence. Roger Payne, who had been spurned by the victim, was convicted. Her most famous case was the murder of Sandra Rivett, Lord Lucan’s nanny, and the attack on Lady Lucan in 1974. Pereira examined blood stains on carpets, ceilings, and a lead pipe found in the earl’s abandoned car, discovering that blood groups of the blood found at the scene, on the pipe, and in the car matched those of Lady Lucan and Sandra Rivett.

Pereira was promoted to principal scientific officer in 1969. She was appointed deputy director of the Home Office Forensic Central Research Establishment at Aldermaston in 1976 and promoted to director of the Home Counties Forensic Science Laboratory, also located at Aldermaston, in 1977. In 1979 she moved to be director of the laboratory at Chepstow which had been formed from the amalgamation of two of the regional laboratories at Bristol and Cardiff. In 1982 she was appointed controller of the Home Office Forensic Science Service, the first woman to hold this role. Reporting directly to the home secretary, she was responsible for managing six operational laboratories, the Central Research Establishment, and scientific personnel numbering in excess of six hundred. Although she found the demanding role satisfying, she missed the contact with casework and the sociability of the laboratory. In 1985 she was made a CBE and became president of the British Academy of Forensic Sciences. She retired in 1988. She had mixed feelings upon retirement, regretting that she was too late to be actively involved in the new developments in DNA profiling. Nevertheless she remained active in the profession and was president of the Forensic Science Society from 1991 to 1993.

Unsurprisingly, Pereira attracted much press attention, but she found inaccuracy and hyperbole irritating. She was called ‘Miss Murder’ by the press, a soubriquet which stuck for many years. Colleagues recalled her as a very approachable and human leader with a wicked sense of humour. Rising through the ranks to become the UK’s leading forensic scientist, she overcame a number of significant obstacles in her path to accomplish a series of ground-breaking achievements as a serologist, expert witness, and successful leader of what was widely regarded as the world-leading forensic science service.

On 16 August 1980, aged fifty-two, Pereira married Arthur Lewis Wells, a mechanical engineer four years her senior. They lived at first in Clewer Park, Windsor but later moved to Chester Close in Emsworth, Hampshire. She died of pulmonary emboli in Queen Alexandra Hospital, Portsmouth, on 22 December 2016. She was survived by her husband.