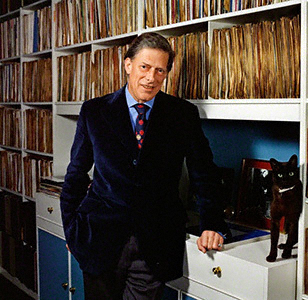 Lascelles, George Henry Hubert, seventh earl of Harewood (1923–2011), opera administrator and festival director, was born on 7 February 1923, the elder son of Henry George Charles Lascelles, Viscount Lascelles, later sixth earl of Harewood (1882–1947), and his wife, Princess Mary (1897–1965), only daughter of King George V. The birth was not at the family home, Harewood House, near Leeds, but in London at Chesterfield House, Mayfair. His early childhood was spent within the Harewood estate at Goldsborough, traditionally the home of the eldest son until he succeeded to the earldom, as his father did in 1929.

It was at Goldsborough that Lascelles began to enjoy country pursuits and to discover his love of music. His upbringing was conventional: he had a nanny and his parents seemed austere. But it was they who introduced him to the prelude to Wagner's Die Walküre, which for a while obsessed him. In London, where the family moved for the season, he had his first piano lessons. In 1932 he was sent to Ludgrove preparatory school, a boarding school where he acquired a lifelong love of football. The family had moved into Harewood House two years earlier and there he and his younger brother, Gerald, rode, shot, and fished. At Eton College he played the field game though he much preferred Eton fives and cricket. He gave up the piano, but attended classes in music appreciation. Between Eton and the army he went to concerts and much opera. He was, he later said, 'completely stage-struck' (Lascelles, 31).

In 1942 Lascelles joined the Grenadier Guards, proceeding in due course to the regiment's training battalion at Windsor. During a spell at Wellington Barracks in London he sometimes commanded the guard at Buckingham Palace. But in May 1943 he was posted to the regiment's third battalion, then in Tunisia. Briefly on leave in Algiers he discovered a shop where he bought early operatic recordings, which survived his involvement in the bitter-cold misery of the battle for Monte Cassino. Later, on leave in Naples, he bought more records and went often to the San Carlo opera house. On 18 June 1944, near Perugia, he was severely wounded and captured. After a time in Italian hospitals he was moved to Colditz, where he joined other Prominente, officers with royal, Churchillian, or other influential connections. Formally prisoners of war, they were in fact hostages. Life was spartan, but Lascelles had been sent Grove's great Dictionary of Music, which he read voraciously, reaching the letter S before being moved and, after an incident when he narrowly escaped a firing squad, finally freed. By 8 May 1945 he was home at Harewood where, miraculously, his 78 r.p.m. recordings caught up with him. He made a point of hearing the first performance of Benjamin Britten's Peter Grimes in June.

Demobilized in December 1946, after a spell as aide-de-camp to Canada's governor-general, Lascelles went up to King's College, Cambridge, to read English, there getting to know E. M. Forster, already friendly with Benjamin Britten, whose The Rape of Lucretia Lascelles had recently heard at Glyndebourne. It was with Forster's encouragement that he accepted Britten's invitation to become president of the Aldeburgh Festival. On 24 May 1947 Lascelles's father died and he inherited the earldom and Harewood House. But death duties at 70 per cent necessitated the sale of a good many pictures and much land. It was a distressing time for the new earl and his shy mother. A year later he met the pianist Maria Donata (Marion) Stein (1926–2014), whose father, Erwin Stein, was a senior figure at Boosey and Hawkes, Britten's publishers. They soon became engaged. Marion was Jewish but royal permission was given and the marriage took place at St Mark's, North Audley Street, on 29 September 1949, the king and queen being among the witnesses and Britten writing an anthem for the occasion. He and Marion had three sons.

Earlier that year Harewood had established the magazine Opera, and not long afterwards he agreed to prepare a new edition of Kobbé's Complete Opera Book, which appeared in 1954, with related work continuing for more than forty years. In 1951 he joined the board of the Royal Opera House, resigning in 1953 to join the staff as casting manager, where he remained until 1960. Also in 1953 he was one of the founders of the English Stage Society, precursor of the English Stage Company on whose council he sat from 1955, and was chairman of its artistic committee. The English Stage Company’s production of John Osborne's Look Back in Anger marked a radical change in the character of English theatre. In January 1959, returning from an unsuccessful attempt to engage Maria Callas for the Royal Opera House, he met Patricia Tuckwell at Milan airport.

Patricia Elizabeth Lascelles [née Tuckwell; first married name Shmith], countess of Harewood (1926–2018), violinist and model, was born on 24 November 1926 at Quisisana, Dandenong Road, Prahran, Melbourne, Australia, the daughter of Charles Tuckwell, of Sydney, theatre organist, and his wife Elizabeth, née Norton. Her brother was the horn player Barry Tuckwell (1931–2020). Patricia Tuckwell was largely educated at home. She began playing the violin in public as a child, entered the Sydney Conservatorium in 1941, and joined the Sydney Symphony Orchestra aged sixteen. Her unease with her height led her to be nicknamed Bambi after the Walt Disney cartoon deer, and she adopted this name for her parallel second career as a fashion model. She was model of the year at the Sydney Artists’ Ball in 1946 and worked extensively with the photographer (Louis) Athol Shmith (1914–1990), son of Harry Wolf Shmith, manufacturing chemist, and Genetta, née Epstein; she became his second wife at the Hotel Australia, Melbourne, on 7 July 1948. They had one son, Michael (b. 1949), later a journalist and critic. She was a founder member of the Mannequins Association of Australia in 1951, and in 1953 she and fellow model Diane Masters opened the Bambi Shmith Fashion Studio and Agency in Melbourne. The following year she was described as ‘Australia’s most photographed model’ (West Australian, 23 Sept 1954). The agency’s name changed to the Athol Shmith Model College in 1956, when Patricia Tuckwell sold her interest in the business; she and Athol Shmith divorced in 1958. Following her meeting with Harewood in 1959 she moved to Britain where she became his secretary and regularly accompanied him to cultural events.

Harewood’s relationship with Patricia Tuckwell caused a prolonged rift with Britten. At Edinburgh, where since 1961 Harewood had directed the festival with distinction, he was forced to resign in 1965 when it was learned that he and Patricia had a child, Mark (b. 1964), though he was not yet divorced from Marion. He and Marion eventually divorced in 1967 (she going on to marry the troubled Liberal Party leader Jeremy Thorpe), and on 31 July the same year, in New Canaan, Connecticut, he and Patricia married. He became stepfather to her son from her previous marriage. Harewood was within the purview of the Royal Marriages Act of 1772 and there had been some anticipation that his marriage—a divorced man, then eighteenth in line to the throne, to a divorced woman—would lead to the repeal of the act. In the event the queen granted permission on 28 July in a statement saying that she was acting under the advice of the cabinet. Patricia moved to Harewood, learned to shoot, and became a supporter of Leeds United Football Club, of which Harewood was president from 1962 until his death. The Harewoods were excluded from royal occasions until the funeral of the duke of Gloucester in 1974.

In 1972 Harewood was appointed managing director of Sadler's Wells Opera, renamed the English National Opera (ENO) in 1974, six years after it moved to the London Coliseum, a move that had been strongly opposed by the Royal Opera House, whence Harewood had just migrated. But ENO had its own policy: everything was sung in English. Thanks to Harewood's tenacity the move was very successful, the company appearing at New York's Metropolitan Opera in 1984. The following year he handed over the day-to-day administration and took on the chairmanship of the company's board. He was then largely responsible for the establishment in Leeds of Opera North, an offshoot of ENO.

Into an amazingly busy life Harewood managed to squeeze professional involvement in festivals in Adelaide, Buxton, and, naturally, Leeds, where he was director of the festival from 1958 to 1974. He advised the New Philharmonia Orchestra and sat on advisory committees of the BBC, the British Council, and the Arts Council. He was the first chancellor of York University (1963–7), president of the English Stage Company (1972–6), and he chaired the British Board of Film Classification from 1985 to 1997. At Harewood, with Patricia, his marriage to whom was very happy, he secured the future of the house by imaginative diversification. Patricia’s initiatives included a bird garden, opened in 1970, filled with Australian species such as emus, kookaburras, and Cape Barren geese. Not only did this enhance Harewood as a visitor attraction, it also made it a centre for the re-establishment of rare breeds. Much liked by his retainers, he rarely addressed them—or indeed anybody—de haut en bas and took such royal duties as came his way with proper seriousness but a certain wry detachment. He was thought by many to bear an uncanny physical resemblance to his grandfather George V.

In his witty memoirs, The Tongs and the Bones (1981)—the title taken from a quotation from Shakespeare's Bottom, which follows a reference to 'a reasonable good ear in music'—he related that his uncle, the duke of Windsor, had been heard to remark that 'It's very odd about George and music … his parents were quite normal—liked horses and dogs and the country' (Lascelles, 18). Harewood liked them too, but opera and singers were his ruling passion and in that area his expertise was unrivalled. For several years from 1988 he and Patricia lived for two months a year in Australia, where he was director of the Adelaide Festival. He died at Harewood House on 11 July 2011, the cause of death being given as old age, and was survived by his Patricia, his four sons, and his stepson. He was succeeded in the earldom by his eldest son, David (b. 1950), a film and television producer. Patricia, whose activities had included the presidency of the Friends of Opera North and the patronage of the Huntington’s Disease Association, became patron of Leeds United Football Club in 2011, and its president in 2017. She continued to reside at Harewood House, where she died on 4 May 2018.