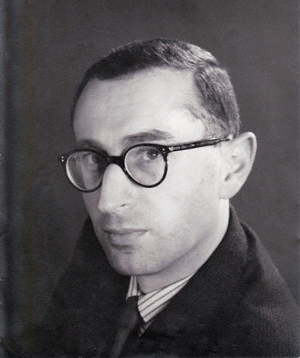 Wright, Anthony Edgar Gartside [pseud. Antony Grey] (1927–2010), gay rights campaigner, was born at Settle, Northenden Road, Northen Etchells, near Gatley, Cheshire, on 6 October 1927, the only child of Thomas Alexander Wright (1900–1962), chartered accountant, and his wife, Gladys (1896–1984), daughter of a Syrian-born Manchester cotton importer, Shakir Rihan, and his English wife, Alice. His family moved to Sheffield in 1936. He was educated in part at Millfield School, Somerset, from 1941 to 1943. Tutored in Harrogate, he studied at Magdalene College, Cambridge, from 1945 to 1948, graduating in history.

Realizing in his teens that he was 'a homosexual' and that 'a hideous aura of criminality, degeneracy and abnormality surrounded the matter' (Quest for Justice, 1992, 2), Wright initially remained deeply closeted but developed a determination to 'do whatever I could to fight the iniquitous laws which had brought untold misery to many thousands of otherwise blameless men' (ibid., 3). Seeing journalism as a path to campaigning as well as a livelihood, he found work as a sub-editor at the Yorkshire Post in Leeds in 1948 before moving permanently to London in 1949 to read for the bar while working as a press officer at the British Iron and Steel Federation. There he developed the parliamentary and media lobbyist skills afterwards put to such good use. Called to the bar by the Middle Temple in 1957, he never practised law, remaining instead at the British Iron and Steel Federation until 1961 and becoming assistant author of A History of the British Steel Industry (1962), the first major history of its subject.

On 2 April 1954 Wright found his voice on the subject that was to dominate his life. He wrote a letter to the Sunday Times complimenting it on a recent editorial backing a change in the laws about homosexuals, signing it 'A Homosexual'. To have identified himself further would then have been to risk his career and conceivably a police raid on the London house he was sharing with his father's unmarried sister, Jane. A year or two later he ‘came out’ to his father who, horrified, disclosed in return that he was suffering symptoms of prostate cancer, then fatal. Regretting the luckless timing, Wright never joined those who deemed coming out a duty. Now seeking opportunities for a relationship, he asked his aunt to end their house-share. In 1960 he met Eric Thompson (b. 1934), who was to be his life-partner for fifty years.

In 1962 Wright became secretary of the Homosexual Law Reform Society, set up to campaign for implementation of the liberalizing recommendations of the Home Office's Wolfenden committee (1957). This meant giving up a secure media career at the age of thirty-five and led to the most intensive period of his life, working long hours for five years. It was now, following his mother's request that he not use the family name and embarrass his father and their family circle in Sheffield, that he adopted the pseudonym Antony Grey—as 'there are few entirely black-and-white issues in life' (Personal Tapestry, 2008, 110, 116). The fruits of his campaigning arrived swiftly for, though many thought it would be two or three generations before the law could be changed, a Sexual Offences Act partially decriminalizing male homosexual acts in England (though incorporating compromises he personally strongly deplored) became law in July 1967.

After retiring from the Homosexual Law Reform Society in 1970 Wright continued until 1977 to run the Albany Trust, founded in 1958 to help sexual minorities traumatized by their situation. Extensive voluntary work included service on the executive board of the National Council for Civil Liberties from 1966 to 1971, and two-year terms between 1976 and 1986 on the executive board of the British Association for Counselling and Psychotherapy. He obtained a diploma in counselling skills from the South West London College in 1981. His publications (under the name Antony Grey) included Quest for Justice (1992), the standard account of the 1967 reform of the law on male homosexuality, Speaking of Sex (1993), and Speaking Out (1997), a selection of his published articles. He also wrote 'Personal Tapestry' (2008), a privately circulated memoir of his family and life. He was a pioneering interviewee on gay issues on radio, and also on television, including both an interview so early that he was required to appear in black silhouette and a 1970s Panorama discussion.

Lord Arran, who promoted the 1967 Act in the Lords, said that Wright had 'done more than any single man to bring this social problem to the notice of the public' (Hansard 5L, 285.523, 21 July 1967); and the historian Sir Brian Harrison remarked on how precious was his 'rare combination of high-serious commitment, shrewd political effectiveness, and total lack of self-advertisement' (B. Harrison, Seeking a Role: the United Kingdom, 1951–1970, 2009, 243). In 1998 the Pink Paper gave him an award for lifetime achievement, and in 2007 he was elected Stonewall's hero of the year. Despite disabling ill health from November 2004 he lived to enjoy a civil partnership ceremony with Eric Thompson on 22 December 2005, celebrating a relationship that had initially been criminal. He died on 30 April 2010 at the King Edward VII Hospital, Westminster, of bronchopneumonia and myelomonocytic leukaemia, and was survived by his civil partner.