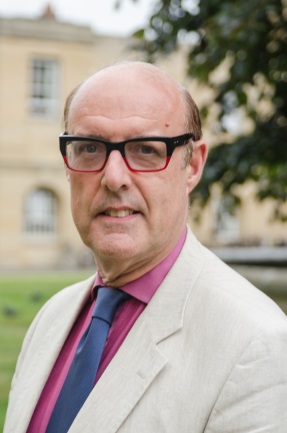 Sir David Cannadine FBA was appointed the ODNB’s General Editor in October 2014, a post he holds in conjunction with the Dodge Professorship of History at Princeton University. He is a specialist in the political, social, and cultural history of modern Britain and its empire, and the study of history over time. David’s recent publications include The Undivided Past: Humanity Beyond our Differences (2013), George V: the Unexpected King (2014), Heroic Chancellor: Winston Churchill and the University of Bristol, 1929-1965 (2015), Margaret Thatcher, a life and legacy (2017), and Victorious Century: The United Kingdom, 1800-1906 (2018), as well as two series of Prime Ministers’ Props for BBC Radio 4 (2016 and 2018). He has previously taught at the universities of Cambridge, Columbia, and London.

A former chairman of the Trustees of the National Portrait Gallery, London, David was knighted for services to scholarship in 2009. As General Editor of the Oxford DNB he is a Visiting Professor in the Faculty of History at Oxford University of Oxford, and a Fellow of All Souls College, Oxford. From 2017 to 2021 David served as President of the British Academy.

The Oxford DNB comprises two full-time, in-house academic editors who oversee sections of the Dictionary’s content. Both are practising historians and members of the Faculty of History at Oxford University.

Mark is the Dictionary’s Senior Research Editor with responsibility for biographical coverage of the nineteenth and twentieth centuries. He is a specialist in nineteenth- and twentieth-century political, labour, and education history.

Until 2016, Philip was the Dictionary’s Senior Research and Publication Editor with responsibility for pre-1800 biographical content, research projects, and public engagement, and now advises on early modern coverage and the ODNB’s programme of historical groups and networks. Philip is Academic Director at the Royal Historical Society.

Anders was until 2021 the Dictionary’s Research Editor with responsibility for pre-1800 coverage and external engagements and partnerships. He now advises on early modern coverage, as well as digital development of biographical content.

Matthew is a former Research Editor at the Oxford DNB, and now advises the Dictionary’s editors on his specialist interests, which are the eighteenth-century Britain, and the history of the British monarchy and aristocracy.

Professor Maddicott has published works on the political and social history of England in the thirteenth and fourteenth centuries, and advises the Dictionary on these areas as well as medieval coverage.

In addition there are more than 400 external advisers, organized in subject panels, upon whose advice the annual releases of recently-deceased biographies are based.