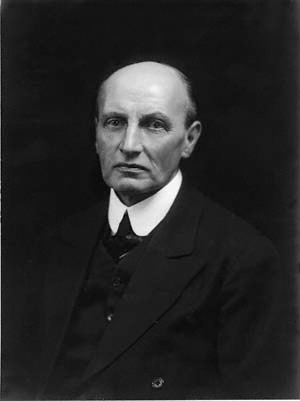 Copeman, Sydney Arthur Monckton (1862–1947), medical scientist, was born at home on 21 February 1862 in the cathedral close at Norwich, the son of Arthur Charles Copeman (1824–1896), canon and rural dean of Norwich, and his wife, Mary Metcalfe (1834–1927), daughter of deputy lieutenant Charles Metcalfe JP, of Inglethorpe Hall, Emneth, Norfolk. He was the eldest of seven sons and five daughters, in that birth order, who all achieved a prominence in their chosen careers as physicians, priests, colonial governors, matrons of hospitals, and headmistresses. His father had qualified in medicine (MB, London) in 1848, having in 1844 been gold medallist of his year in anatomy and physiology; he practised only briefly before taking holy orders, and in addition to his ecclesiastical duties took on being chairman of the Norfolk and Norwich Hospital and chairman of the building committee of the new hospital; he was active in the foundation and management of very many clerical, educational, and humane works centred in Norfolk. Copeman's maternal grandfather held lordships of five manors, and was also from a clerical and landowning family.

Copeman was educated at King Edward VI School, Norwich, and at Corpus Christi College, Cambridge, where he obtained a second class in the natural sciences tripos in 1882. He then went to St Thomas's Hospital, London. He graduated MB (1886) and MD (1890) at Cambridge, and was elected FRCP in 1899, proud of having become MRCP by examination though not primarily a clinician. On 12 July 1899 he married Ethel Margaret (1869–1944), youngest daughter of Sir Thomas William Boord, bt, of Wakehurst Place, Sussex (later managed by the National Trust and Royal Botanic Gardens, Kew). Their first house was 57 Redcliffe Gardens, London, where two of their three children were born. Their eldest child was William Sydney Charles Copeman (1900–1970).

Copeman was initially encouraged to pursue medical research while an undergraduate by Sir Michael Foster, the first professor of physiology at Cambridge. He took the post of demonstrator in physiology and morbid anatomy at St Thomas's Hospital, and later became assistant lecturer in physiology and research scholar of the British Medical Association, with clinical access to patients and laboratory space. He published, within four years of qualification, seventeen papers on haematological subjects, including one in collaboration with Sir Charles Sherrington and two with W. S. Bristowe.

These lines of research, Sherrington reported, were 'cut short … to my loss' (MacNalty and Craigie, 38), after Copeman was recruited by Dr Richard Thorne Thorne, principal medical officer of the Local Government Board. From 1891 Copeman's career was in public health, with the medical department of the Local Government Board. With no Medical Research Council or other scientific grants, he welcomed a paid post to allow him further opportunities to pursue his researches, which by now were embracing work on the relationship of variola to vaccinia (cowpox). These researches were aided in the early stages by a gift of £400 from Sir Joseph Lister, which Copeman later repaid. The rosebowl that Lister gave Copeman as a wedding present was donated to the Royal College of Physicians by his son, W. S. C. Copeman, in gratitude for Lister's friendship; Lister was his ‘unofficial’ godfather.

Copeman's experimental work and publications for the next eight years were concentrated chiefly on vaccinia and smallpox viruses; he enquired into their nosological importance in man and in animals. Was vaccinia or cowpox in nature a variety of attenuated smallpox, i.e. variola minor or alastrim? How was this relevant to the development of an efficient vaccine against smallpox? Copeman was also pursuing, concurrently, another aspect that was of supreme importance to world health—a method for rendering bacteriologically pure the virus vaccine raised in the calf. In 1889 the royal commission on vaccination had broadly recommended single-dose vials of vaccine rendered bacteriologically pure, provided the process of creating it free of contamination allowed no loss of efficiency of the active agent. For four decades scientists in many countries had been experimenting with heat treatments and with the addition of chemicals. Copeman suggested the use of glycerine before the royal commission on vaccination in 1893. He freely acknowledged that during the previous forty years variations along these lines had been advocated and tried and that a great variety of methods had been employed but without satisfaction. The worry about the vaccine transmitting erysipelas (caused by common staphylococci and streptococci), and the remoter syphilis and leprosy, was specifically questioned in the report by the royal commission on vaccination in 1896. The methods of vaccination then in use—by transmitting material from arm to arm, or, since the days of Edward Jenner, from the calf's belly to the patient (as was still practised on the continent), or as lymph and exudate dried onto ivory points creating a scab crammed with unwanted micro-organisms—were methods to be deplored on the obvious grounds of microbiological hygiene.

However, in the Milroy lectures at the Royal College of Physicians in 1898, Copeman could now detail the methods he had devised to raise the pure vaccine: 'I at length found [success] in the addition to the lymph, or rather the vesicular pulp, obtained from a vaccinated calf, of a sterilized 50 per cent solution of glycerine in distilled water' (S. M. Copeman, 155). The long-term effectiveness and reliability of the virus in the vaccine was preserved, and the dangers of passing on bacterial infection were abolished. Copeman's improved methods allowed the vaccine to be stored for a long period in glass vials and transported round the world. The manufacture of the vaccine, the glycerinated lymph, was now simple and cheap. The Vaccination Act of 1898 gave statutory authority, and the vaccination order (1898) of the Local Government Board effected Copeman's methods for the raising, production, and purification of glycerinated calf lymph. A new laboratory was provided in Chelsea, London, for its production, but to accommodate the vastly increased work the government lymph establishment was founded at Hendon in 1907. Copeman thus transformed vaccination against smallpox into a sure and safe operation. His methods of vaccine production continued to be employed until smallpox was eliminated from the globe in 1977.

The important point about Copeman's career was that he was employed to do contract research—taking on public health problems given to him by his employers. In many ways he carried on the tradition of investigative work established for the medical department by John Simon in the 1860s and 1870s. According to his obituarists he was also a pioneer in immunization against diphtheria, and his presidential address for the epidemiological section of the Royal Society of Medicine in 1926 concerned serum prophylaxis of measles.

The remarkable thing about Copeman was that he made time to do so much in so many varied fields of activity and did it with little effort or appearance of haste. This characteristic was apparent in his literary work. He wrote easily and his writing displayed clarity of thought and diction. His scientific work was pursued under many difficulties for as a medical officer he was always liable to interruption in the middle of important experiments, in order to conduct some medical inspection, to hold a public enquiry or to go abroad at a moment's notice on the Crown's Service. Yet he always returned to research work with unabated energy.

Copeman wrote nearly a hundred meticulous scientific papers and official reports concerning public health, infant and child mortality, household sanitation, food storage, waste disposal, and pollution by sewage and chemical effluents. He investigated outbreaks of scarlatina, typhus, and enteric fevers, incriminating milk, water, and ice-cream sources, particularly with regard to pollution of underground water supplies by contamination from soil and subsoil. Many of his reports resulted in drastic reforms. He investigated an outbreak of a mysterious, lethal, epidemic skin disease, the nature of which is still unknown; encephalitis lethargica; the epidemiology and natural history of ascaris gut infestations; and the cause of lead poisoning from drinking-water supplies. He travelled extensively in England and on the continent investigating and advising on the safety of manufacturing processes, explosive and poisonous gases from ferro-silicone manufacture, and 'offensive nuisances' from India-rubber and linoleum manufacturers.

Copeman conducted ingenious experiments on bluebottles and houseflies, their breeding in horse manure and how to control this, and the range of their transmission of infection, tracking individual flies over large distances 1000 yards or more to rubbish tips. Cancer was a later interest. As a member of the council of the Zoological Society of London he developed its work on scientific lines and promptly dealt with an outbreak of anthrax, and he discovered a colony on London's Primrose Hill of a rare, burrowing parasitic fly. He was a founder of the Medical Research Club (Council), a councillor of the Royal College of Physicians, a knight of grace of the order of St John and a member of the chapter-general of the order, a liveryman of the Society of Apothecaries, and, after retirement, a member of the London county council. Other honours and distinctions were the fellowship of the Royal Society (1903), the Cameron prize of the University of Edinburgh (1899), the Fothergillian gold medal of the Medical Society of London (1899), the Buchanan gold medal of the Royal Society (1902), the Jenner medal of the Royal Society of Medicine (1925), and the gold medal of the International Faculty of Sciences (1938).

'Copeman was tall and of distinguished appearance', and apparently elegant and so notably well-dressed (wearing a black, tall silk hat even on field work) as to attract special mention in the Westminster medical school student magazine. 'He was of generous and kindly disposition, ever ready to help his younger colleagues … well read, a man of wide culture and a delightful companion' (MacNalty and Craigie, 45). A high Anglican, he was a regular communicant. His wife, Ethel, helped him to prepare his work for publication, and assisted with his foreign correspondence in French, German, and Italian. She died on 24 April 1944. Copeman died at his home in King's Gardens, Hove, Sussex, on 11 April 1947, and was buried at Brighton parish church. A memorial service was held on 7 May 1947 at the church of the order of St John of Jerusalem. In 1996 an English Heritage blue plaque was erected outside Copeman's house in Redcliffe Gardens, on the 200th anniversary of Edward Jenner's discovery of vaccination against smallpox.