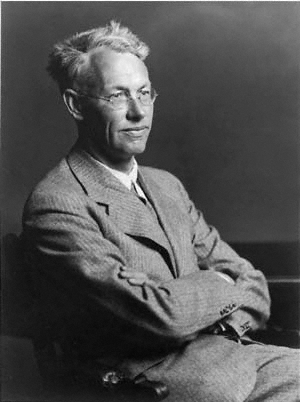 Andrewes, Sir Christopher Howard (1896–1988), virologist, was born on 7 June 1896 in London, the elder child and only son of Sir Frederick William Andrewes (1859–1932), pathologist, and his wife, Phyllis Mary, daughter of John Hamer, publisher. He was educated as a day boy at Highgate School, Middlesex, but was frequently ill and spent many weeks in bed at home, where he watched and recorded the wildlife in the garden below. He was an unusually able and enthusiastic schoolboy naturalist and produced remarkable diaries recording the plants, insects, and birds of his neighbourhood. In 1915 he entered St Bartholomew's Hospital in London as a medical student. In 1916 he obtained an open scholarship, and other prizes followed later. After war service in the Royal Navy in the winter of 1918–19, he returned to London and qualified MB BS in 1921, with a gold medal. He became an MD and MRCP in 1922 and an FRCP in 1935.

Andrewes worked at St Bartholomew's until 1923, and then spent two years in the laboratories and wards of the Rockefeller Institute, New York. In 1925 he returned to St Bartholomew's and in 1927 joined the staff of the Medical Research Council. Apart from brief wartime secondments he worked for the council at the National Institute for Medical Research, first at Hampstead and then at Mill Hill, London. He rose to be head of the division of bacteriology in 1940 and became deputy director in 1952. He retired in 1961. In 1927 he had married Kathleen Helen Lamb (d. 1984), a trained physicist and daughter of Robert Bell Lamb, a wool merchant. They had a simple home life and raised three sons. The eldest, John, and one of their twins, David, became highly regarded general practitioners; the other twin, Michael, engaged in research in electronics.

Andrewes was not interested in detailed administration, but in 1946 he promoted the idea of a research station to work on common colds in human volunteers. He persuaded the authorities to set up the Common Cold Research Unit at Salisbury, Wiltshire, and he was in charge there until he retired. He also wrote in 1947 the original memorandum proposing to the World Health Organization (WHO) that it set up a World Influenza Centre (WIC), to study viruses from around the world collected by a network of national laboratories. The original WIC was established in his department and the network continued long afterwards, being the model for WHO reference laboratories and networks on other subjects.

At first Andrewes was interested in cancer viruses, but then he worked with a biophysicist, W. J. Elford, on the fundamental properties of virus particles, their size, density, and interactions with antibodies. In the 1930s he lectured on the possibility of virus vaccines being developed. His joint paper with K. G. V. Smith and P. Laidlaw in 1933, describing the transmission of a human influenza virus to ferrets, was a landmark and his research was involved with the study of influenza viruses for decades thereafter. The Common Cold Research Unit did pioneering work on the transmission of colds and in 1953 reported that a common cold virus had been grown in human cells cultured in a test-tube. Out of Andrewes's interest in natural history in general grew his interest in the natural history of viruses and in virus classification and taxonomy. He was a leader in getting virus taxonomy established on a sound basis and internationally agreed and recognized. The environment of free but focused enquiry and individual initiative at the institute suited him admirably. He was a lively person, good at debate and repartee; a big man, he loved to walk, to a park or to a good place for collecting flies, and his red face and windblown white hair showed it. He could be a tough scientific opponent, but he treated the laboratory as an extension of his family and visited most of its members daily, stimulating and helping them in their experimental work and, at times, in their careers.

Andrewes was a member of many scientific committees on subjects ranging from respiratory disease and influenza vaccines to poliomyelitis, myxomatosis, foot-and-mouth disease, and cancer. He wrote many scientific papers and a number of books, including the classic Viruses of Vertebrates (1964). He received honorary degrees from the universities of Aberdeen (1963) and Lund, Sweden (1968), and many medals and prizes from institutions in Britain and abroad. He was elected a fellow of the Royal Society (1939) and a foreign member of the National Academy of Science in the USA (1964), and he received the Robert Koch gold medal from West Germany in 1979. He was knighted in 1961. Andrewes died on 31 December 1988 at his son Michael's house at Redlynch, near Salisbury, and his ashes were scattered at Salisbury crematorium garden of remembrance. Until the end he was able to identify by its botanical or common name any plant which was brought in from the garden.

Close
National Portrait Gallery, London
Calendars of the grants of probate … made in … HM court of probate [England and Wales]
private collection
Royal Society, London
Wellcome Library for the History and Understanding of Medicine, London
Biographical Memoirs of Fellows of the Royal Society