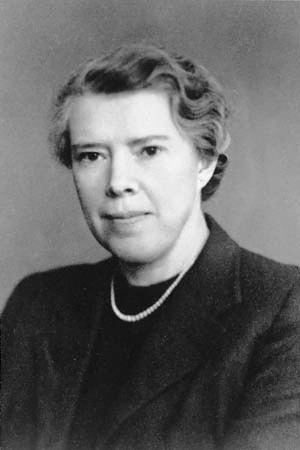 Fell, Dame Honor Bridget (1900–1986), cell biologist, was born on 22 May 1900 at Fowthorpe, near Filey in Yorkshire, the youngest in the family of seven daughters and two sons of Colonel William Edwin Fell, army officer, landowner, and farmer, and his wife, Alice Pickersgill-Cunliffe, carpenter and architect, who designed the family house at Fowthorpe. Honor Fell's father was keenly interested in nature and animals and she may have inherited her deep commitment to biology from him. She was educated at Wychwood School in Oxford, Madras College in St Andrews, and Edinburgh University where she was awarded a BSc in zoology in 1923, a PhD in 1924, and a DSc in 1932. She moved to Cambridge in 1923 to become scientific assistant to T. S. P. Strangeways, with a grant from the Medical Research Council. She remained in Cambridge for the rest of her working life, holding research fellowships until she was appointed to a Royal Society research professorship in 1963, having been elected a fellow of the Royal Society in 1952.

Honor Fell and Strangeways worked together on biomedical research at the Cambridge Research Hospital until Strangeways died suddenly in December 1926. In 1929 Fell was appointed director of the hospital, which was renamed the Strangeways Research Laboratory in honour of its founder. She remained director until 1970 and during her tenure the laboratory developed into a unique institution for studies in cell biology, with an emphasis on in vitro techniques. Its staff rose from 13 in 1933 to 121 in 1970, and various additions were made to the original building. It attracted many visitors from all over the world, who came not only to learn the techniques of tissue and organ culture but also to collaborate with Honor Fell and to gain from her imaginative and enthusiastic approach to biological research. In her own work she always stressed the importance of the application of a range of different disciplines in a research project. In consequence the staff of the laboratory came to include radiobiologists, immunologists, biochemists, and electron microscopists. She continually encouraged collaborations among the members of the laboratory, including the visitors, and with scientists in the University of Cambridge and other institutions. She was best known for her work on the histogenesis of bone and cartilage, the action of vitamin A on bone, skin, and membranes, the breakdown of tissues by lysosomal enzymes, and the role of synovial tissue in the breakdown of cartilage and bone. She retired from the directorship of the Strangeways Research Laboratory in 1970 and then joined R. R. A. Coombs in the division of immunology of the department of pathology in Cambridge University. Her research continued unabated and she now initiated a whole new series of investigations on the effects of antiserum and complement on pig cartilage and bone in organ culture and on the role of synovial tissue in the breakdown of cartilage and bone. She returned to the Strangeways laboratory in 1979, as a research worker, and continued to be active in research until a month before her death in 1986. Her work resulted in the publication of over 140 research papers and reviews. She was deeply interested in the education and training of young scientists and travelled as far afield as India and Japan to participate in courses on tissue and organ culture. She also made a major contribution to the development of societies for cell biology and tissue culture, and was elected into honorary membership or fellowship of many of them.

Honor Fell received many honours, medals, and prizes and was appointed DBE in 1963. She was awarded eight honorary degrees. She was elected a fellow of Girton College, Cambridge, in 1955 and a life fellow in 1970, honorary fellow of Somerville College, Oxford, in 1964, and a life fellow of King's College, London (1967), where she was senior biological adviser to the Medical Research Council biophysics unit for many years.

Honor Fell was unmarried and throughout her working life lived alone, looked after at times by her old nanny and a succession of devoted daily ladies. As a young woman she was slim, with dark hair neatly brushed back. She changed very little with age and throughout her life her joy in science, her capacity for friendship, and her sense of fun were reflected in the brightness of her looks and the warmth of her smile. She died on 22 April 1986 in Cambridge.

Close
Wellcome Library for the History and Understanding of Medicine, London
Royal Society, London
Biographical Memoirs of Fellows of the Royal Society
Calendars of the grants of probate … made in … HM court of probate [England and Wales]