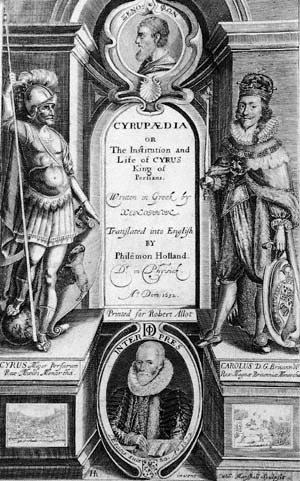 The translator, Philemon Holland, spent nearly sixty years in Coventry, where he was second master of the grammar school and became a byword for weighty erudition. His translations made some of the major works to have survived from classical antiquity available to the growing body of people who could read English fluently but Latin with difficulty if at all. Over 8000 quotations from his works are cited in the Oxford English Dictionary.

Life of the day

This month's update adds eighteen lives focused on Early Modern Women and particularly on the adaptions of underground Catholic lay culture in the face of religious turbulence and persecution in sixteenth- and seventeenth-century England. Read the introduction here.

The month’s update adds twelve new lives, featuring six key figures in the history of dyslexia, who laid the scientific grounds for its identification as a learning disorder and pioneered its treatment, introduced by Margaret J. Snowling. There are also new biographies of four nurses, a midwife, and an athletics coach. Read the introduction here.